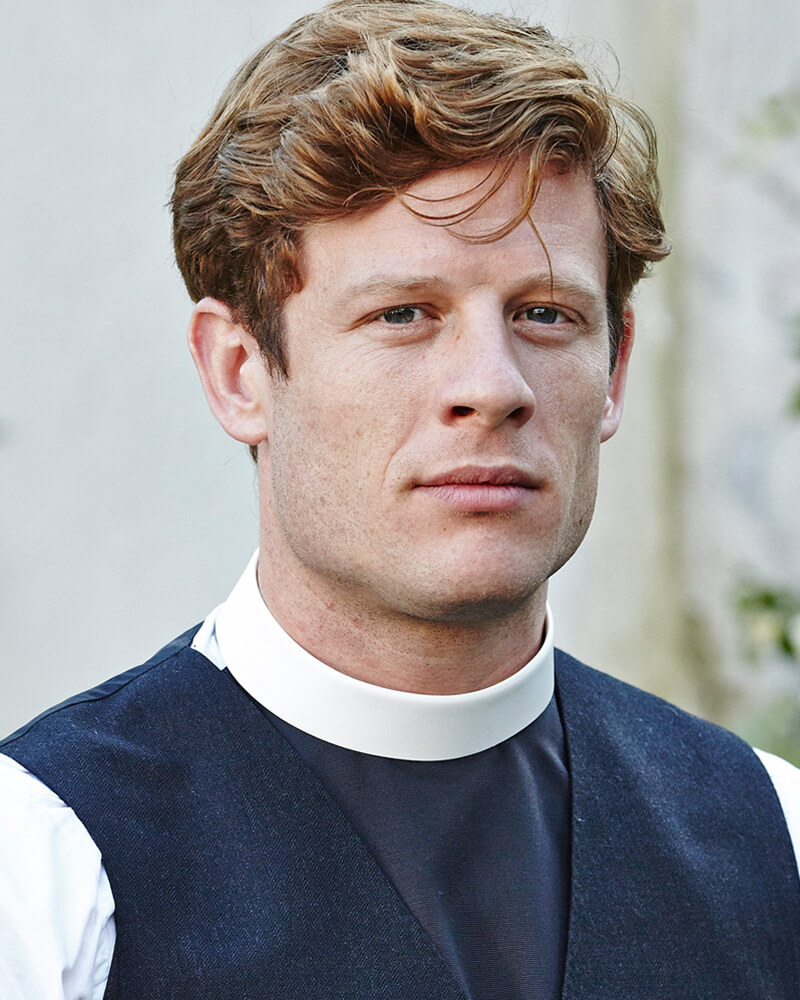 About the Character:  Sidney is a young man who fought and killed in World War II, adores jazz, drinks too much, attracts female attention—and just happens to be the vicar of a Cambridgeshire village. His unlikely partnership with Inspector Keating is central to the series.

Where You’ve Seen Him Before: MASTERPIECE fans may recognize Norton from playing lawyer Henry Alveston in the mystery Death Comes to Pemberley, or spied him in To Walk Invisible: The Brontë Sisters—where toy soldiers come to life and he’s the mini Duke of Wellington! Other period roles include Prince Andrei Bolkonsky in 2016’s War and Peace and tutor John Brooke in 2019’s Little Women. He first won critical acclaim playing a psychopath killer in Happy Valley.

Fun Fact: While Norton was in drama school, he earned money leading children’s games and dispensing gummy bears at their parties. “I ran kids’ parties, cycling around London on Saturday mornings … taking 50 children for a birthday party with a rucksack full of Haribo,” he told Esquire.

Related Content: Read our interview with Norton about his time on Grantchester—and have a chuckle watching he and Robson Green play The Grantchester Bromance Game!