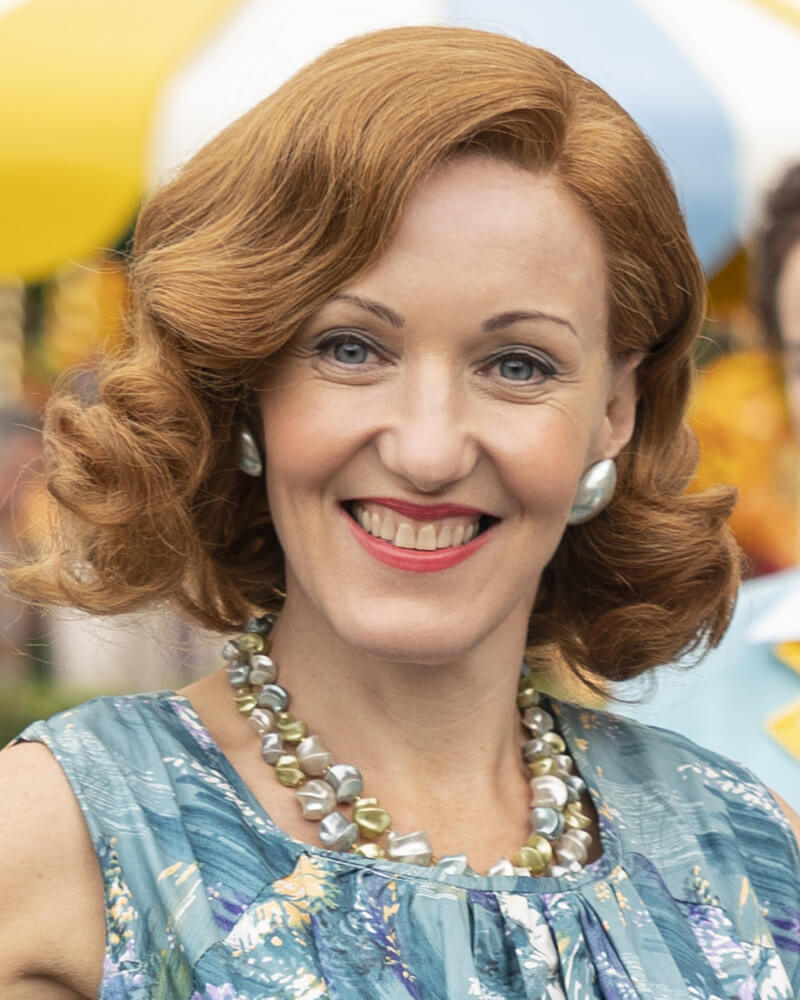 About the Character: Cathy is Geordie Keating’s charming and mostly supportive wife, and mother of their four children. Her husband’s demanding job and lack of involvement at home has caused tension between them at times. She finds a great deal of satisfaction in creating a role for herself beyond homemaker.

Where You’ve Seen Her Before: Ainsworth played the long-suffering Little Mo in the British soap opera EastEnders and previously appeared in the police procedural, Holby Blue. She also took the role of kind Miss Gullet in the children’s program, The Worst Witch.

Fun Fact: As a 10-year-old, Ainsworth began her professional career in the award-winning musical Annie, selected from a large open audition. She returned for two subsequent runs of Annie and was in a film alongside Peter Sellers before hitting pause at age 14 to focus on her education. (Glad she’s back!)