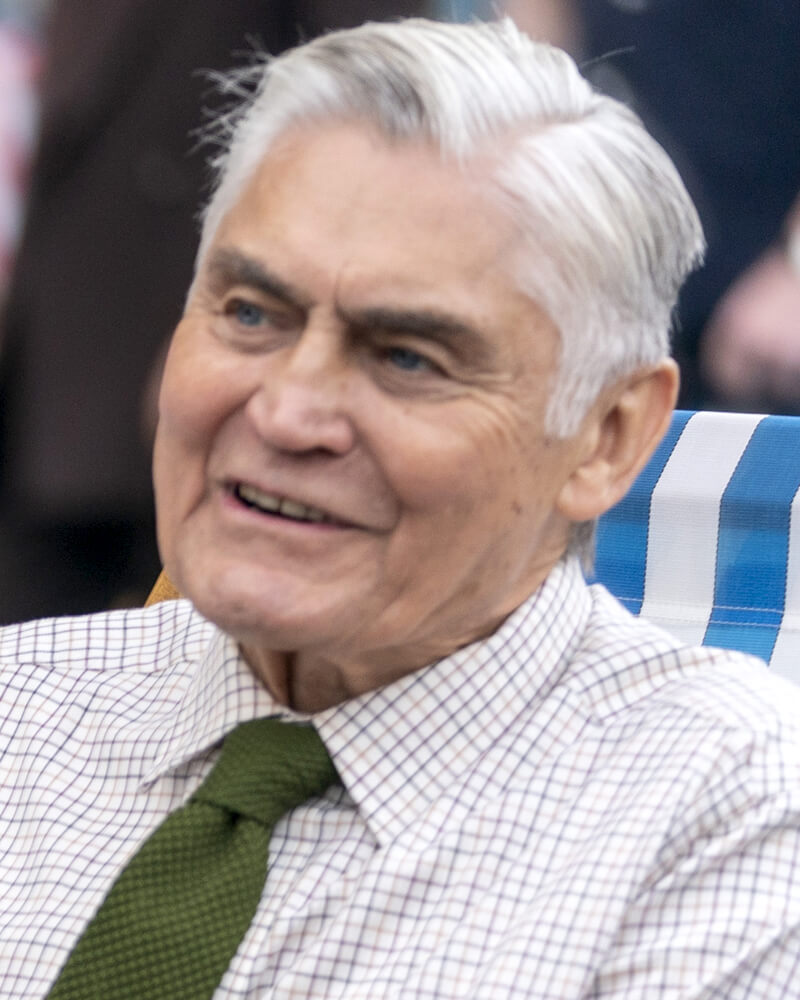 About the Character: Jack Chapman and Silvia Maguire (aka Mrs. M) grew up together in the village of Grantchester. He worked in India right after the war and became quite well-to-do later in life. Jack and Silvia are easy companions; he helps widen her horizons and gets her to try new things.

Where You’ve Seen Him Before: Brimble has had a long, consistent acting career. His film work began when he played The Monster in 1990’s Frankenstein Unbound. He’s recognized for roles like Little John in Robin Hood, Prince of Thieves alongside Kevin Costner, and Sir Ector in A Knight’s Tale with Heath Ledger and Victoria’s own Rufus Sewell.

Fun Fact: Brimble grew up in an acting family. In his teenage years, the Brimbles became involved with a Czech/French troupe of high-wire walkers called The White Devils. He spent several happy summers traveling through Europe with them!