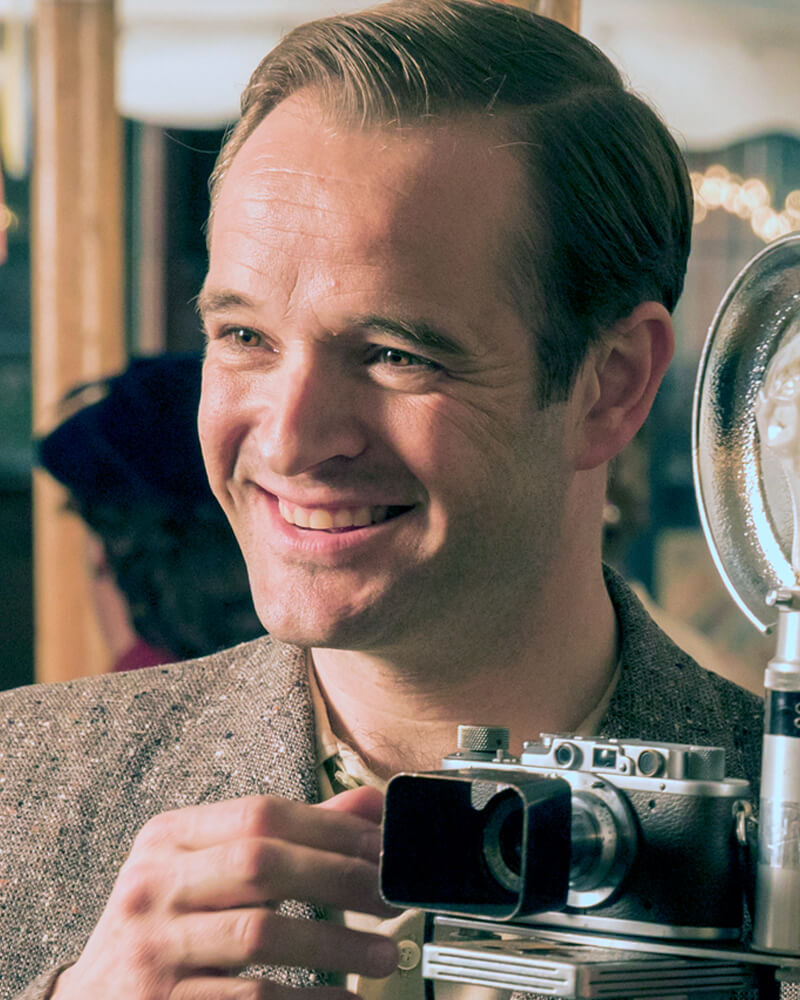 About the Character: Marlowe is the quietly charming photographer in town. He slowly eases his way into a friendship with the closeted curate, Leonard Finch.

Where You’ve Seen Him Before: Dimsdale played the Prince of Wales in the Season 4 Christmas episode of Downton Abbey and Mr. Keen in Mr. Selfridge—both on MASTERPIECE. More recently, he’s has had roles in series such as The Murders at White House Farm and The Last Czars.

Fun Fact: Dimsdale has always stuttered. He surprised school mates by auditioning for a radio play. “I’d read the script; knew which bits I was doing. And because it was there in black and white, I didn’t stammer for the whole of the audition … and the next day I got the part,” Dimsdale told the MASTERPIECE Studio podcast. “Once I’ve learned a line and I know the rhythms of a scene … I no longer think of myself as someone who stammers. So I don’t.”