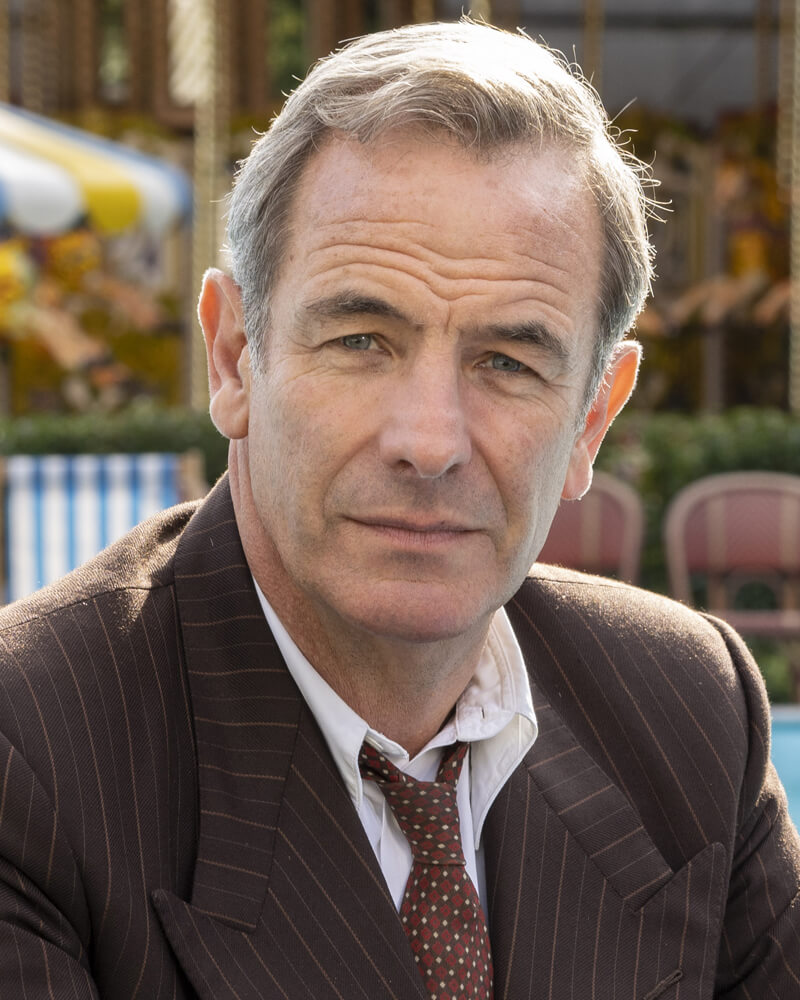 About the Character: Geordie is the lovably crabby detective with a gruff exterior and heart of gold. His methodical approach to policing complements the more intuitive techniques of his vicar friends. He’s a no-nonsense, plain-speaking man who holds mental scars from serving in World War II. Geordie is the husband of Cathy Keating and a devoted father of four.

Where You’ve Seen Him Before: Aside from his work on Grantchester and Soldier Soldier, Green is also recognized for roles in Touching Evil and Reckless. He also appeared in the series Being Human alongside Poldark star Aidan Turner.

Fun Fact: Green had a brief career in the music industry as one half of the mid-90s pop duo Robson and Jerome. More recently, he and Grantchester co-star Tom Brittney had cameos as backing guitarists for Sam Fender in the North Shields’ singer’s music video.