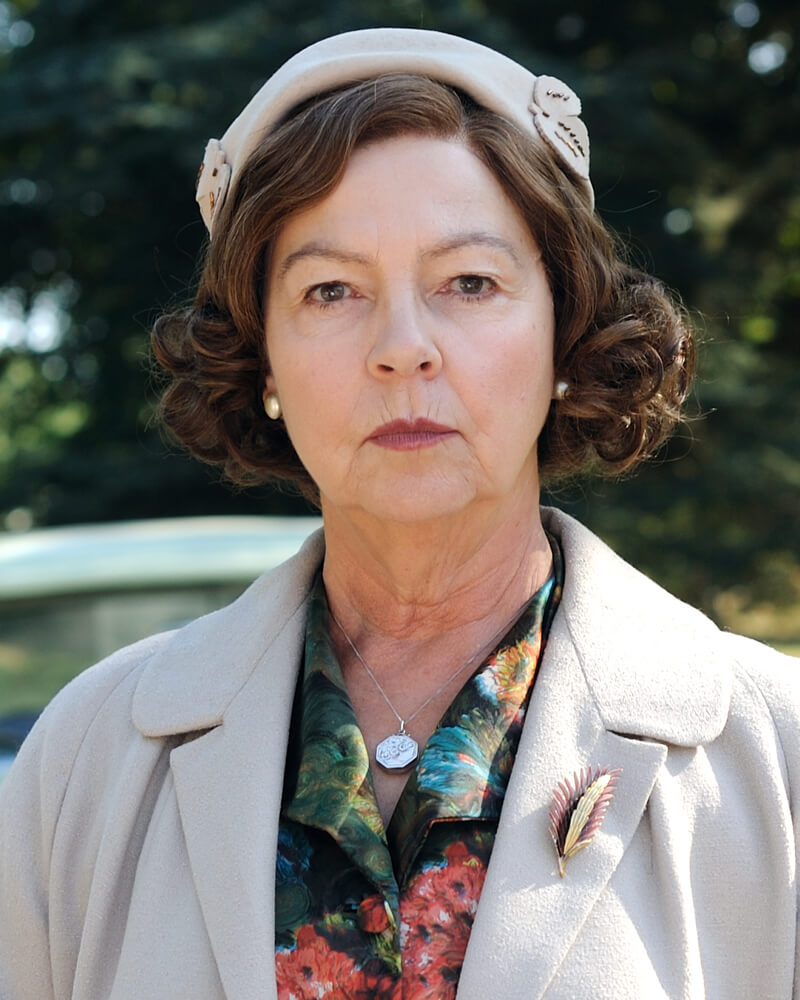 About the Character: “Mrs. M” is the vicarage’s housekeeper—an indomitable soul who keeps everyone in check and does her best to make a chaotic household presentable. She’s been a local all her life, speaks her mind and can be a bit of a busybody.

Where You’ve Seen Her Before: She might be recognized from her role in Season 1 of Unforgotten, but Peake-Jones is best known for her work in the 1980 film Pride and Prejudice and the series Only Fools and Horses.

Fun Fact: Before Grantchester, Peake-Jones worked with Robson Green on an episode of the British medical drama series Casualty—and with a very naked James Norton on the indie film Bonobo, about a bohemian commune.

Related Content: Read our exclusive cast interview with Peake-Jones and listen to her speak with the MASTERPIECE Studio podcast.