Bonus: The Dark Side of Grantchester | Masterpiece | Official Site | PBS
Skip to content

In the aftermath of Gary’s hanging and Sidney and Geordie’s big fight, the once and (hopefully) future dream team—James Norton (Sidney) and Robson Green (Geordie)—get together on the podcast to remember the past as it truly was.

Jace: Grantchester might seem like another cozy, mystery series, but after two seasons, we’ve learned that it’s about more than just “whodunnit.”

Grantchester reminds us that under the idyllic, 1950s sheen of small-town life lurked a hatred and intolerance that was anything but cozy…

Last season, we saw Johnny — the only black man at the party — being unfairly accused of theft…

CLIP:
Johnny: I didn’t… take it.
Jennifer: Show them. You’ve nothing to hide.
Johnny: No, why? Why not him? Hm? Or why not her?
Jennifer: Johnny!

Jace: We’ve seen how being gay was something better kept secret.

CLIP:
Sidney: Funny how a man can be murdered, and all anyone’s worried about is his private life.

Jace: And now, we’ve seen how vengeance, and the law, could inspire cruelty and violence.

CLIP:
Geordie: I suppose it is what I believe. Hanging Gary was the right thing to do. What?
Sidney: I don’t understand you.
Geordie: What?
Sidney: Where’s your compassion?

Jace: I’m Jace Lacob and in this special bonus episode of MASTERPIECE Studio, James Norton and Robson Green reflect on Grantchester’s sinister side.

Now Grantchester seems to be a very lovely little village, but the public reaction to the Redmond case shows quite plainly some of the intolerance of the 1950s. Is this a darker side of English village life?

James Norton (James): Yes. I think the writers, Daisy and the producers, have been very good at showing … They don’t want to paint this picturesque, saccharine, wedding cake-type world where this sort of token crime happens. They wanted to create the 1950s as it was, and the truth was there was an enormous amount of prejudice and hostility towards gay people and people of certain races. Post-war, there was a lot of anger and confusion. There wasn’t total, wonderful harmony in these sort of idyllic villages.

Robson Green (Robson): It was really interesting doing episode two of the new series, where there’s a crime scene, there’s a suspected suicide, the body’s lying down there, and the victim’s wife turns up…

CLIP:
Mya: Get off me!
Geordie: No
Mya: Val? Let go of me…
Geordie: Just stop this.
Mya: …I have a right to see him!
Geordie: I’m not letting you see him.
Sidney: It’s all right!
Mya: [screaming at Geordie in Burmese]

Robson: …and she’s out of control, and she’s thrashing out, and Geordie’s trying to pacify her…

Robson: He slaps her. Here’s the thing, slaps her really hard, and…”We’ve got to go again,” I said. “Just check out the background action. Very few of them are reacting to it.” And a lot of them were of a certain age that would have been around adults in the 1950s, and I remember talking to the lady, and I was going, “Just need to be … React a bit more.” She went “Oh no, it was like that in our village. It was allowed. We expected that. We saw that all the time, women being hit by the fellas. Yeah, nothing wrong with that.” I was just like, “Really?”

And when I think about it, I grew up … Kind of remembered things from the late 60s and early 70s, and knowing what went on in the mining village that I certainly lived in, which was a very happy place on the surface, but there was an air of something dark and uncomfortable, and I witnessed quite a few incidents where there was men being very unpleasant to women, and, yeah… But it was like … No one called the police.

So it was just…It was allowed, it was expected, and it was swept under the carpet.

I think that’s the beauty of the era. A lot of it is unspoken: the homophobia, the racism, the sexism, the reinforcing of every stereotype. It was quite prevalent in the 50s.

James: Well yeah. It’s also kind of positive, because it shows us how far we’ve come in the last 50 years, or 60 years, but also there’s a warning sign that we aren’t that far away from these times, and we must value how far we’ve come.

Jace: Next Monday on MASTERPIECE Studio… James Norton and Robson Green return to the podcast to talk about the aftermath of Sidney and Geordie’s fist fight and the gripping season finale, airing May 1st on MASTERPIECE.

CLIP:
James Norton: What’s going to happen? It’s love versus God for Sidney. Who will he choose? Tune in!

Jace: MASTERPIECE Studio is hosted by me, Jace Lacob. Kathy Tu is our editor. Rachel Aronoff is our production coordinator. Special thanks to Nathan Tobey and Barrett Brountas. The executive producer of MASTERPIECE is Rebecca Eaton.

You can find this podcast at pbs.org/masterpiece, on Stitcher, and on iTunes. 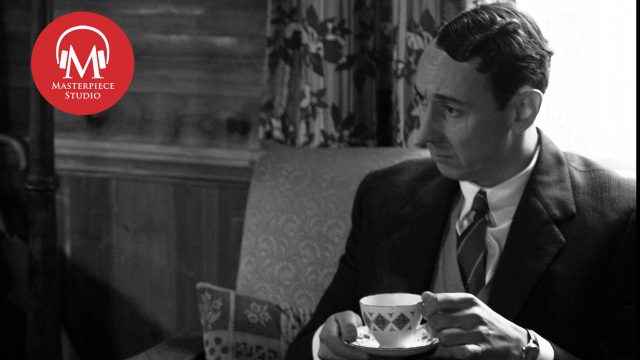 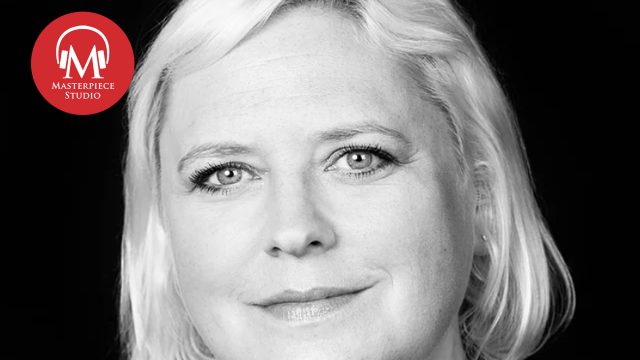 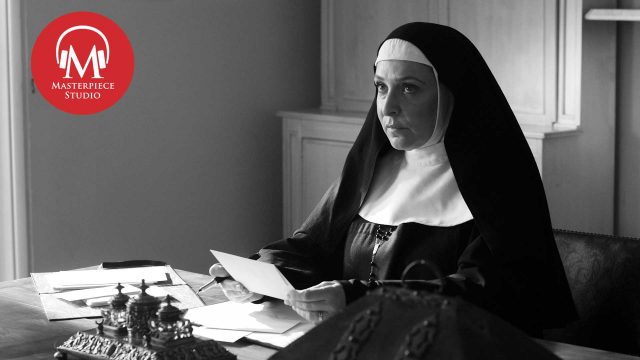 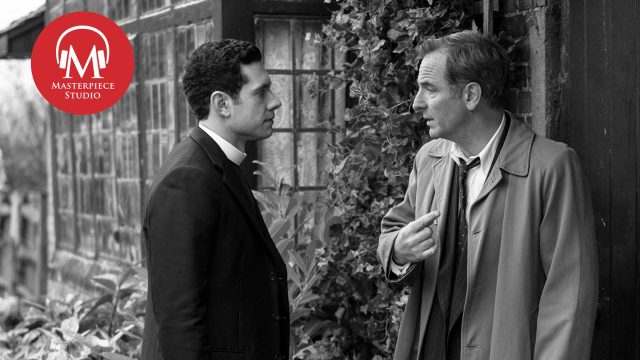 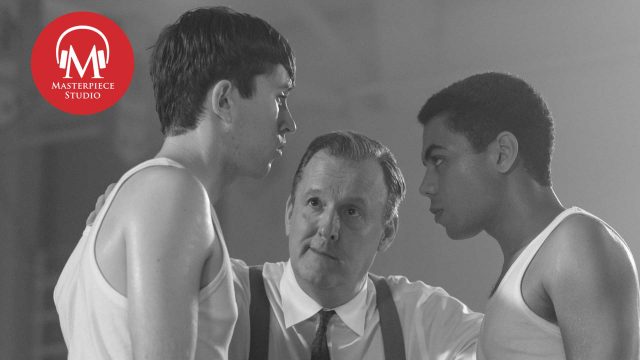 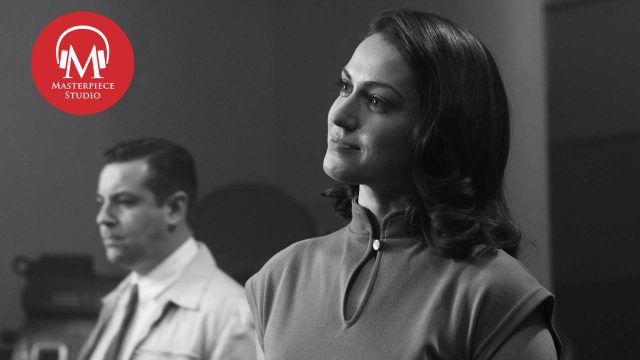 Lauren Carse Has The Inside Scoop On Ellie Harding 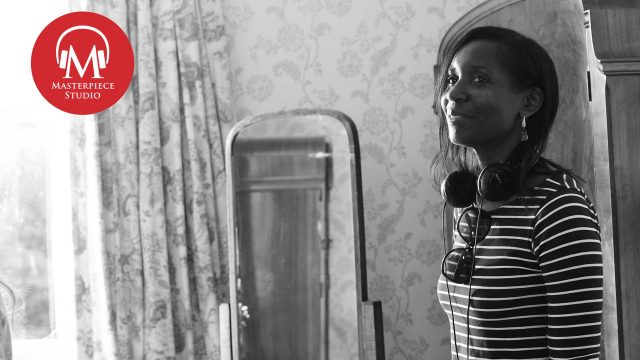 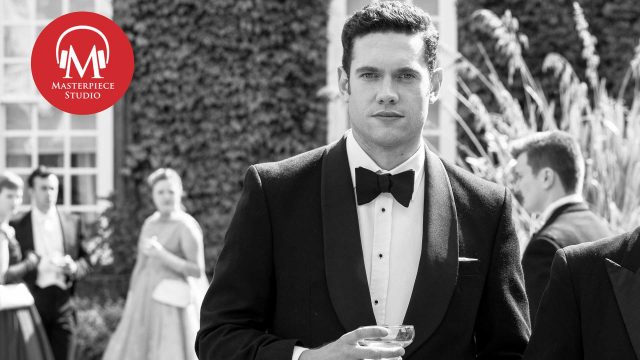 Tom Brittney Rides Back Into The Village Green 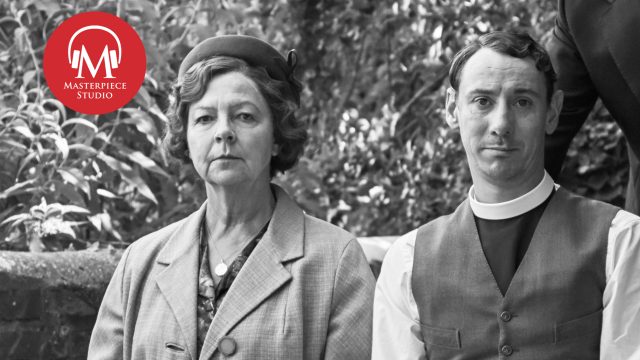 Al Weaver And Tessa Peake-Jones Remain Friends, On And Off Set 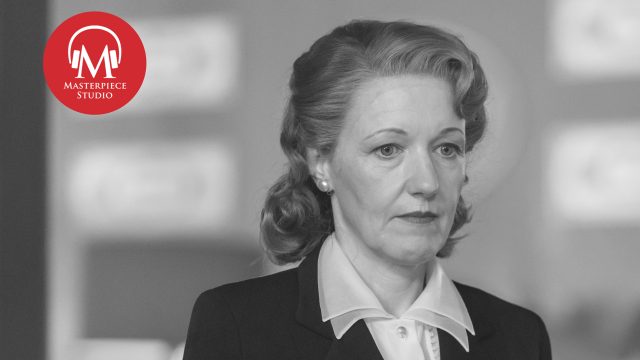 Kacey Ainsworth’s Cathy Keating Makes Her Own Way In Grantchester 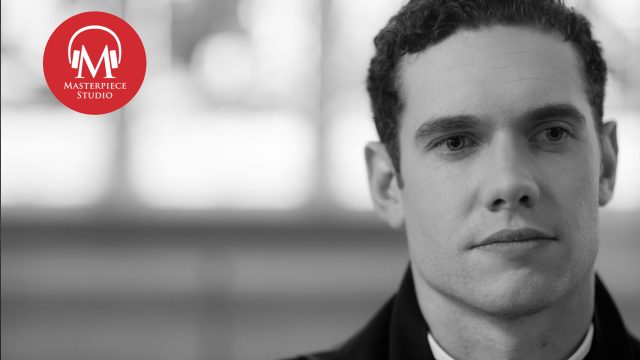 Tom Brittney Is More Than Just Another Dashing Vicar 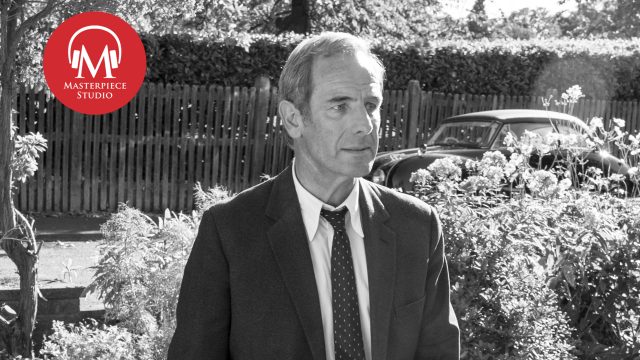 Robson Green Reminds Us That Geordie’s Not Going Anywhere 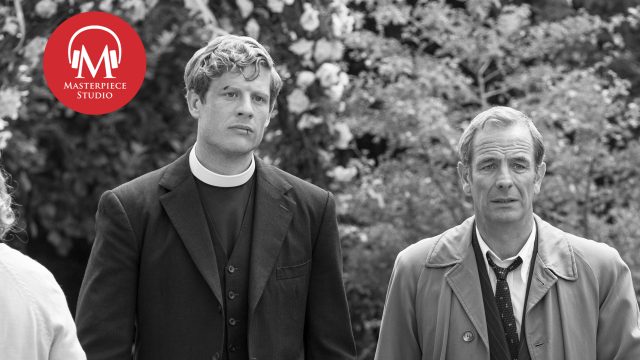 Daisy Coulam Previews A Season Of Change In Grantchester 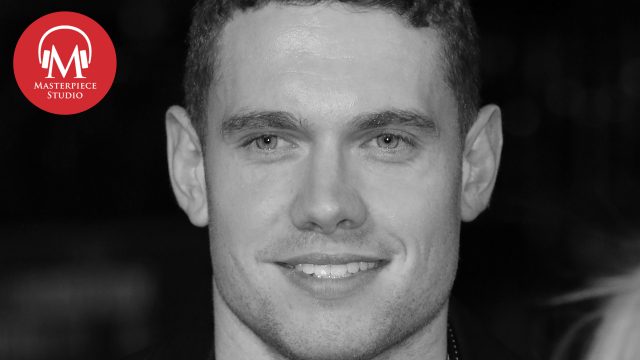 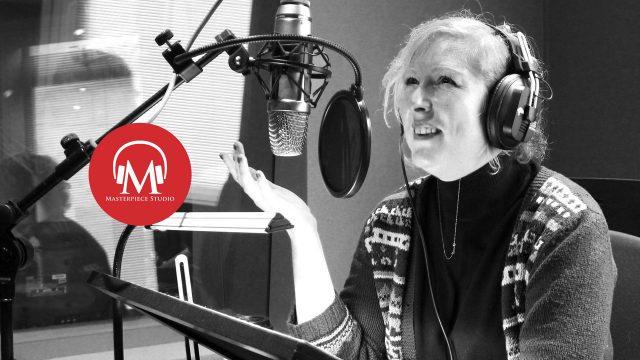 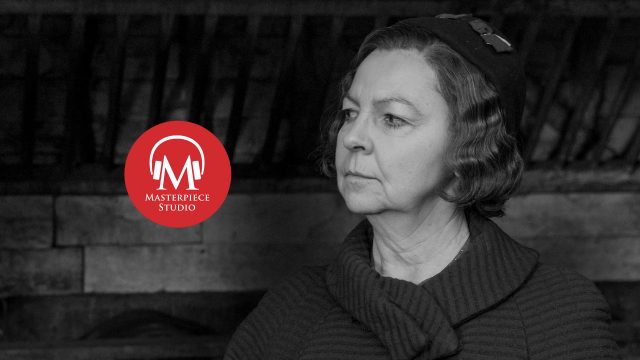 Tessa Peake-Jones Is A Smiler; Mrs. Maguire Is Not 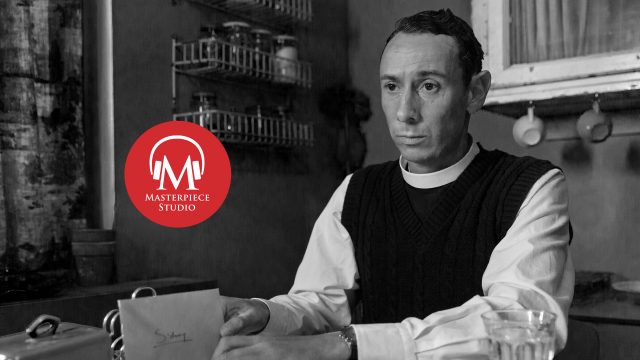 Al Weaver’s Leonard Finch Is Still Learning to Love Himself 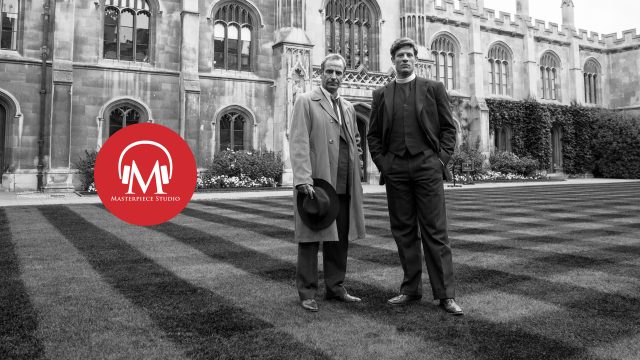 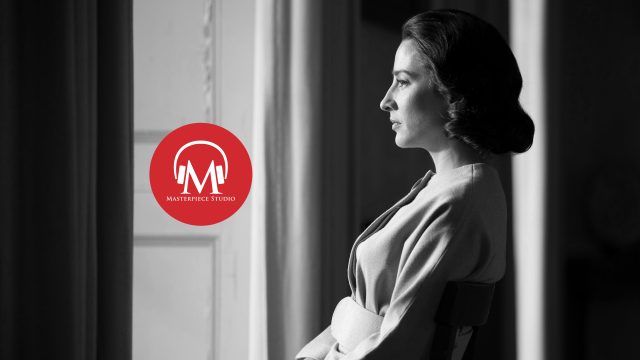 “Too Late” For Sidney and Amanda? 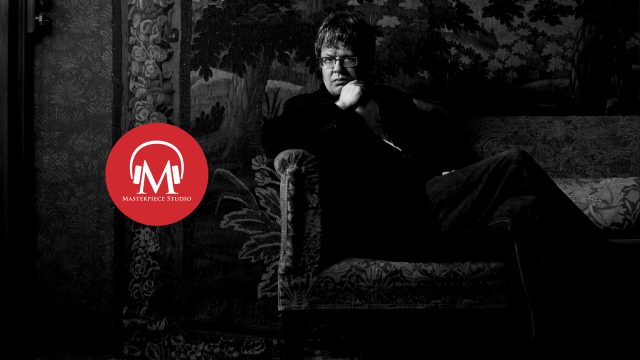 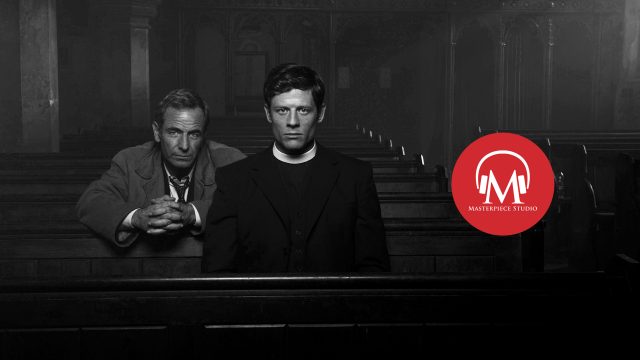 Picnics & Murders… Grantchester is Back!