MASTERPIECE | MASTERPIECE Studio: A Journey To London
Skip to content

For the first time since her journey from Willingden, Charlotte Haywood leaves the town of Sanditon, heading to London in pursuit of her kidnapped friend, Miss Georgiana Lambe. Series stars Theo James, Rose Williams and Crystal Clarke join Sanditon creator Andrew Davies in a special podcast episode exploring the misty streets of Regency-era London, and offering previews of the final two episodes on the way.

For a series so clearly centered in a seaside resort town, this latest episode of Sanditon is a little…different.

Charlotte Are we here? Is this London?

Jace With a dastardly kidnapping plan in full swing, a headstrong young Charlotte Heywood and a steadfast Sidney Parker separately head to the capital, as this episode takes Sanditon viewers outside of the familiar and into the dark and occasionally thrilling world of Regency-era London.

Lord Babington Well I’ve asked around, and as luck would have it, Mrs. Maudsley is hosting a masked rout this very evening in Grosvenor Square, and this is your invitation!

Jace Sanditon creator Andrew Davies knew it would be important to feature the city in at least one episode of this season, in order to properly place the world of the village and its characters in a broader context.

Andrew Davies: I was a little bit charry about about leaving Sanderson. But as it turned out, I mean, it did make for an exciting contrast and an interesting change. It’s good to put our heroine into even more testing circumstances and finding out, you know, whether she can cope with them.

Jace Sanditon star Rose Williams doesn’t see Charlotte’s brash and foolhardy actions in this more urban episode as anything different from the Charlotte we know by the sea.

Rose Williams: She…feels so guilty…she’s just so majorly messed up and she feels an utter responsibility for the safety of Miss Lambe and that overrides her loyalty to Mary. And she just has to. If she has to do something and the only thing that she has is this address, and she just has to she has to follow that.

Rose She’s completely clueless, she’s never been to London. She’s never been on a coach on her own before. And, you know, she’s doesn’t really know where she’s going and she doesn’t know the extent of the danger she’s putting herself in either. He confuses her. He’s confused her up to this point and then this U-turn and this, um, you know, active, great compassion. She just can’t make heads or tails of the guy. She doesn’t know what on earth he is. And she does soften to him a bit, but I think she’s kind of caught this dumbfounded confusion again. But in a different way.

Crystal Clarke Yes, she would rather, you know, try and survive and be in her happiest space than be forced into any type of trauma so she would cut her arm through or she would jump off that cliff if she’s not allowed to be free or like try and get to whatever freedom she needs.

Jace It’s up to the dashing, if dour, Sidney Parker to come to the rescue — and actor Theo James was proud to step in and save the day.

Theo James Sidney Parker, Regency action hero. I think we actually pulled back on it a bit because the dark, you know, um, kind of mean streets and deeply shadowed streets of Regency London and then a cloaked man suddenly gave us kind of something reminiscent of Jane Austen, Batman. And so we realized we pulled back a little bit and make it, I guess, quicker and more real. But, uh, yeah. Yeah. I think that that’s a fun way to start the episode, a tough way to start the episode and then the carriage scene, that’s just you know, that’s just the kind of big set piece action element in a way which is quite unique for Jane Austen, clearly. But, you know, it was very much within the character and within the storyline. So it felt good to do and it made sense in terms of the narrative. I think we shot it on the grounds of a beautiful country estate and in the deep heat of June. So it was great.

Jace As for his rescue of his kidnapped ward, Georgiana Lamb, it’s a moment straight out of an action movie.

Mr. Howard Oh no you don’t, she is my property!

Sidney I am no man’ sproperty, least of all yours.

Sidney Last I heard the penalty for kidnap was hanging. Is that a price you are willing to pay? Step aside. Now!

Jace Before we hear more, let’s take a quick break for a word from our sponsors.

Jace For Davies, this busy, buzzy episode also lays the stakes for the final two episodes.

Andrew: I think viewers will find it a surprising ending that makes them impatient for more really and that what we want. I think I think that people will say, well, you can’t leave it like that. And that’s what. Yeah, that’s that’s what we want them to feel.

Jace With that tantalizing setup, we’d be remiss if we didn’t talk more about the episode-ending masked ball.

Crowe And who is this spellbinding creature? I demand you introduce me at once, Sidney.

Lord Babington This is Miss Heywood, you fool!

Crowe Miss Heywood? I would hardly have known you! A mask becomes you!

Charlotte Thank you, Mr Crowe. If that was indeed a compliment?

Lady Worcester If you dislike London so much, than why are you here?

Charlotte My friend Georgiana was abducted. She’s an heiress, you see, and her suitor, Mr. Molyneux had accrued gambling debts he could not pay. So she was sold into a forced marriage.

Charlotte It was. Anyway, thank God we found her in time and now she’s safe. But Mr. Tom insisted we come here tonight to spread word of the Sanditon Regatta. But as you can see I’m singularly failing at that task.

Charlotte You did not have to ask me here, you know. Out of politeness.

Sidney It’s what people do at dances, is it not? Dance? Unless you’d rather not.

Charlotte No, it’s only — there are so many other ladies here that you could ask.

Sidney But I don’t want to dance with them.

Jace Both Theo and Rose knew that moment was special.

Theo: I liked that. I think the idea of episode six is they go through a big, you know, emotional and physical journey and that allows them to really connect. You know, they kind of go through the trenches together and then he is able to relax and enjoy her and enjoy life a little bit. And that is kind of represented in his ability to to be warm.

Rose: I think that throughout that dance, that Sidney and Charlotte have just danced together and she has totally realised that she is head over heels in love with him. After hearing that from Lady Susan and she really senses a connection. And Charlotte’s kind of feeling,  ‘Oh, it’s because of me!’ then that joy and excitement is just pulled from underneath her and. It’s just an innocent heartbreak. Like a full heart, and then she looks across the room and realizes that he’s happy because of another woman. And she really allowed herself in that moment to believe that she was the person that he…Like we’ve all been there.

Jace So it’s a bummer what happens next.

Tom how happy I am to see the light return to your eyes, Charlotte

Charlotte There is nothing like dancing to restore one’s spirits.

Tom Quite so, my dear. Quite so. It seems to have had a similar effect upon Sidney.

Charlotte Do you think so?

Tom It’s undeniable. He is positively revivified. But then perhaps that is not as much due to the dancing as to the presence of a certain young lady.

Charlotte Which young lady do you have in mind, sir?

Tom He’s talking to her now. Mrs. Campion. It’s unmistakably her. How strange that we just discussing her only this afternoon. I’d heard she’d been widowed, and I had no idea she was in London.

Charlotte I do not recall discussing a Mrs. Campion.

Tom I dare say I refer to her by her Christian name, Eliza. Perhaps they will have their chance of happiness after all.

We’ll find out next week as this season of Sanditon hurries towards its close.

Longtime MASTERPIECE viewers are no strangers to the work of master screenwriter Andrew Davies. His adaptation and completion of Jane Austen’s unfinished final novel, Sanditon, is a fitting vessel for his legendary wit, and he joins us here on the podcast for an extended conversation next Sunday, February 16th. 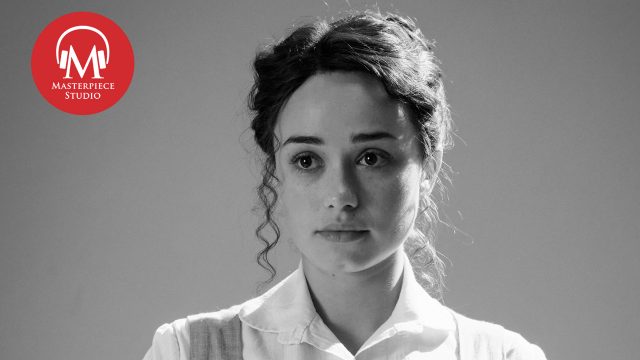 After A Busy New Season, Rose Williams Is Ready For Charlotte’s Next Big Moves 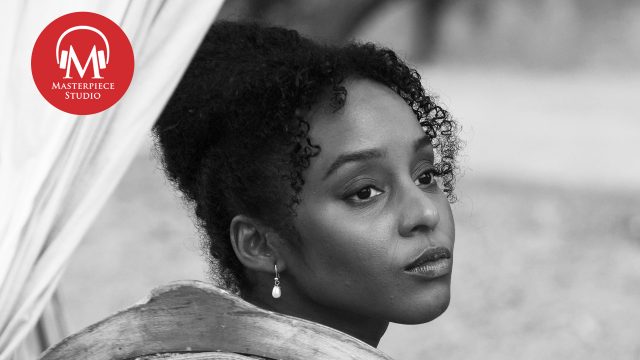 Crystal Clarke Knows Georgiana Is Ready To Be Her Truest Self 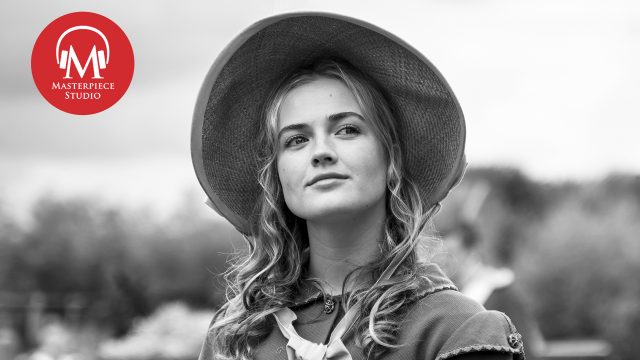 Rosie Graham Turns Back To The Romantics For Her Alison Heywood 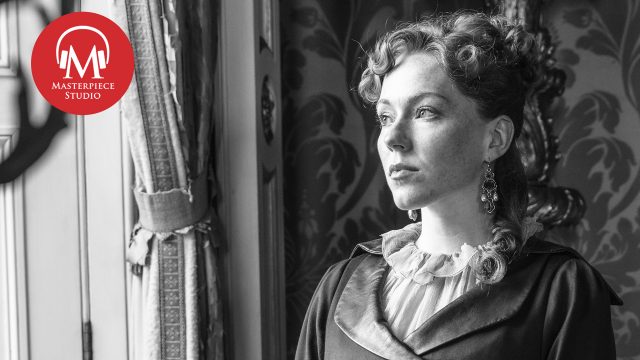 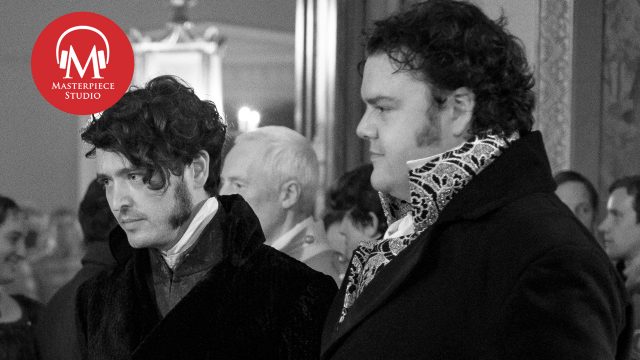 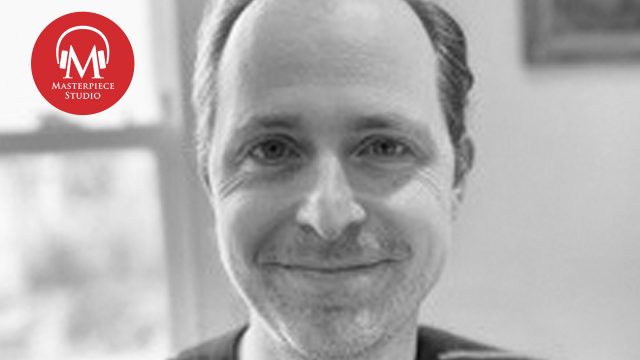 Justin Young Welcomes Us Back To Sanditon With Open Arms 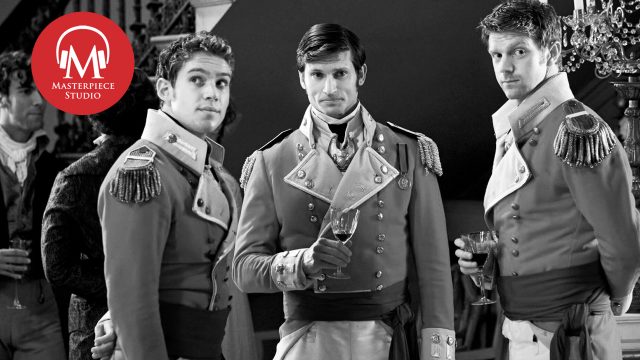 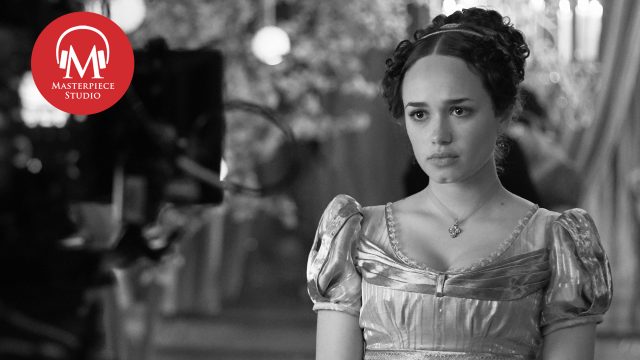 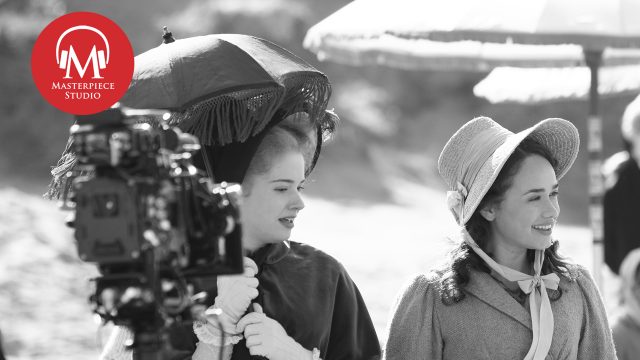 Making Sanditon, Episode One: The Return 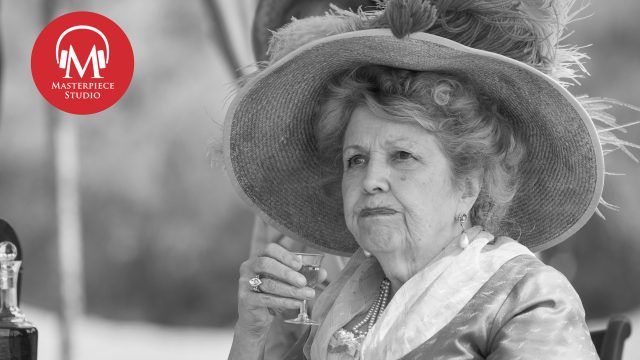 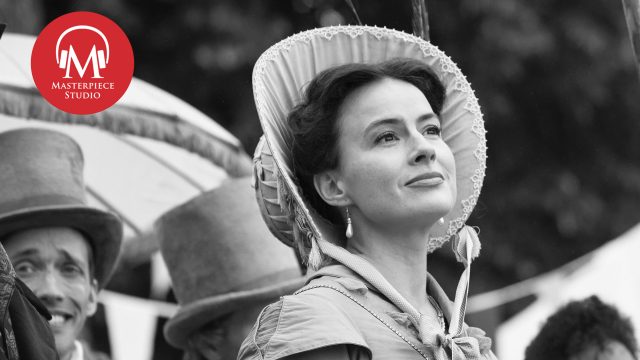 Andrew Davies’ Sanditon Is An Austen Tale Only He Could Create 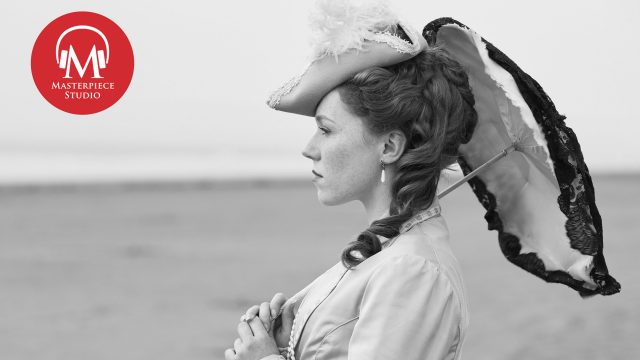 Charlotte Spencer Is Everything Esther Denham Is Not 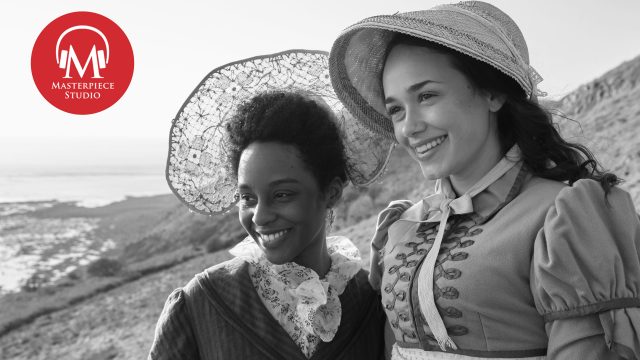 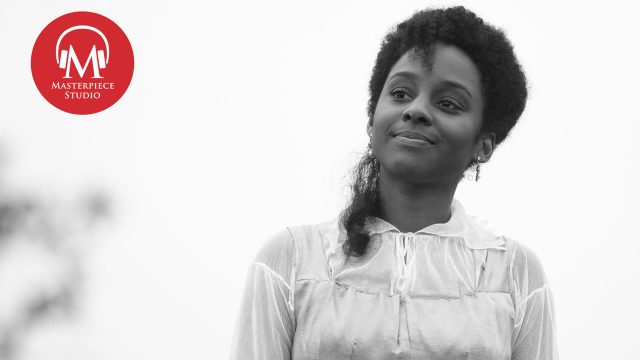 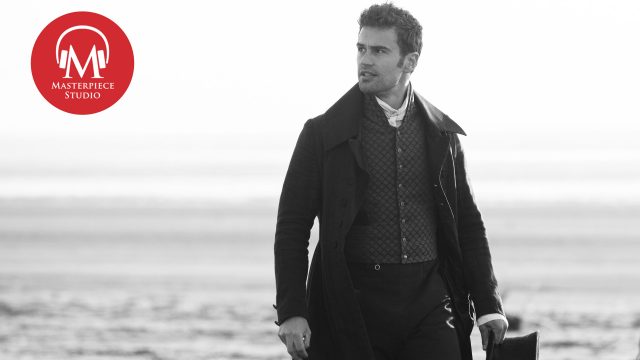 Theo James Plays A Romantic Lead With An Aversion To Romance 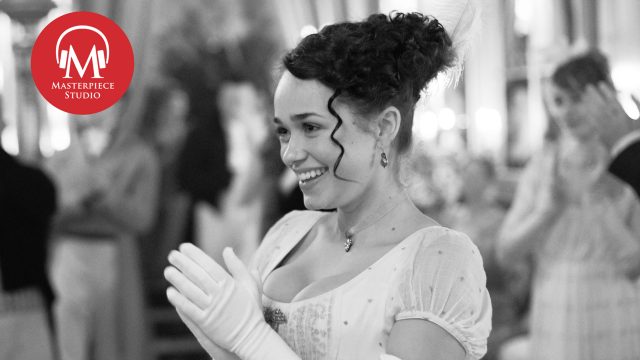