In the second episode of the final season, we get to see a different side of Wallander… one that’s just as involved with his family as he is with his job. But just when it looks like Wallander may have finally found happiness, new health problems threaten to bring everything crashing down.

In his second appearance on the podcast, Kenneth Branagh provides his own take on Wallander’s seemingly endless struggle with relationships, health and happiness.

As if Kurt Wallander didn’t have enough health problems, the second episode of this final season opens on Kurt getting pummeled by masked men.

As per usual, the dogged detective doesn’t let the beating keep him from investigating murders or from joking around with his granddaughter.

Jace: In the aptly titled episode, “A Lesson in Love,” we get to see a different side of Wallander, one that’s just as involved with his family as he is with his job.

His relationships with his daughter, Linda, his granddaughter, Klara, and even his old-flame, Baiba, are stronger than ever.

CLIP:
Kenneth Branagh: It adds to the sense in this final shows that Kurt is so, so close to a happiness that was not possible for him before.

Jace: But even though Wallander’s happiness seems to be within reach, his increasing forgetfulness and looming test results threaten to bring everything crashing down.

On this episode, actor Sir Kenneth Branagh joins us to talk about where Kurt Wallander stands going into the series finale.

Jace: The lesson for love, Kurt is reunited very briefly with Baiba who was seen in “Dogs of Riga.”

Jace: What does Baiba represent to Kurt and why can’t they be together more permanently?

Kenneth Branagh (Kenneth): Baiba is the illusion, the possibility of happiness in a loving relationship. They’re both of an age where there’s certain kinds of ways. They live in different places so…

In the books it’s teased. He often gets drunk and rings her late at night. She sometimes indulges his sort of drunken revelry, and sometimes she doesn’t.

He knew her husband and of course he was involved and lost his life in the circumstances under which they did meet. That’s always affected their relationship.

I think it’s very beautifully done. And Ingeborga Dapkunaite who plays it I think it has great sort of sensitivity with letting the audience see how women close to Kurt have to deal with a great deal in terms of trying to understand this complicated fellow.

Jace: Why does Kurt distance himself from others, and does that isolation apply to his family as well?

Kenneth: I think Wallander has always felt that that it’s almost easier not to have a relationship with people and not therefore disappoint them because once again, you’ve missed that dinner, or that holiday, or that phone call, or whatever while you were in the middle of intense inquiry.

Something interestingly… When we were researching this show and in Ystad with policemen and women who’ve been involved with violent crime, the key thing for them to try and do, in order to get through the most difficult of the cases, was to have time off, to make sure that they did not work, if it were possible, as obsessively long and intensively as someone like Kurt does. But he seems not to be able to help himself but…

In some senses, as a human being, he seems to feel as though he’s not really deserving of it. You feel that with him and you understand how that changes, particularly in this final season where friendship and family, at the moment he’s about to lose them, have become the most important thing in his life.

Jace: Well on that note, often the crimes that Kurt is investigating have a way of reflecting his own inner turmoil. Creator Henning Mankell once spoke of putting up quote “the mirror” of crime. How do we see that at play in Season 4?

Kenneth: Well, as often in Mankell’s writing, he sets up, in this case, a significant development in Kurt Wallander’s life which is that he looks conspicuously as though he may be about to be happy. His relationship with his daughter is much improved, and his granddaughter is very meaningful to him, and they seem to have a relationship where no judgement comes from the direction of this, you know, young girl.

Kenneth: But essentially, it seems that Henning Mankell is writing and Peter Harness, the screenwriter, about what could be a very positive moment in Kurt’s life where his ability to understand how to take the good and accept and deal with the bad is very advanced. And so it becomes all the more poignant when what could be a great step forward in his life is interrupted by the potential onset of dementia or Alzheimer’s.

Jace: Now the specter of dementia has often haunted Kurt because of what his father Povel went through early on in the series. As the series winds down in these final episodes, is there a sense that Wallander may escape this fate or succumb to it as well?

Kenneth: Well, I think that he is in shock and denial when he understands that what he has feared and dreaded…It’s one of the reasons that sends him to the doctors in the first place.

CLIP:
Kurt: I’m just, you know thinking about how my Dad…
Doctor Öberg: Kurt, don’t over think it. We will absolutely run some tests, but I am sure you’ll be fine.

Kenneth: But then, like his father, he has to deal with something that Kurt hadn’t understood from his perspective before, which is whether you tell or don’t tell your child, ask for help or not, start to be in denial, or just simply to lie about it even though you will be caught out because you will literally sometimes be in places that you have no idea how you got there.

Kenneth: It’s an enormous kind of pressure that he has to sort of…to live through and be sometimes frightened by and understand, which is something that really struck me, this sort of incredible loneliness of it. It’s a very, very, very challenging position to find yourself in, and of course it doesn’t encourage thinking logically or sanely. It requires tremendous self-directed compassion, and that’s something Kurt hasn’t always been finding was easily available.

Jace: Now, Kurt was diagnosed with Type 2 diabetes. And Mankell said that Wallander’s popularity skyrocketed when he had given him diabetes. Do you think that Kurt’s flaws make him inherently more human and relatable?

Kenneth: Someone said to me recently who had just seen this final season, they said, “God, you look terrible, absolutely terrible.” And I wish of course I could tell you it took months and years of self denial for me to be able to look that way, you know, and that it’s all makeup, but even if you are the most “leave it at the office” kind of individual something happens. And I’d find after just a few days in Ystad just beginning to work on Kurt again, you’d look in the mirror and think, “God I’ve aged a bit, haven’t I?”

You carry yourself differently; a bit heavier, a bit saggier, a big grayer. He just didn’t …

At the same time, I think there’s a wonderful bravery in how Kurt from moment to moment handles himself.

A very sort of touching moment I think in this last season is when he has a brain scan, and just to go into that room on your own…I remember when we were shooting actually just even as a sort of 85th hand experience of an actor…a lot of people behind glass doors and because of the various levels of radiation. It is just you and your left at some distance from everybody else. Then they’re on a walkie-talkie saying you can go in now. Then the room is big, and the noise is loud, and he people are far away, and the machine is invasive and scary, and you are fed into it.

It is of course a miracle of science, and at the same time absolutely terrifying, and lonely making, and isolating. I think Kurt deals with those moments as well as you possibly can. There’s no false bravado. I think that he…There’s an immense charged kind of dignity in the way he deals with this. As there are…There’s some wonderful beautiful observations from his daughter, an understanding and a perception about him, which is generous and compassionate to a fellow who deserves more of those things than he’s ever really allowed to give himself.

Then on the podcast, Kenneth Branagh reflects on the series finale and says a final “goodbye” to the show.

CLIP:
Kenneth Branagh: To be around his vulnerability and his compassion — at least to other people if not himself — was a tender and sort of beautiful thing to be part of.

You can find this podcast at pbs.org/masterpiece, on Stitcher and on iTunes. 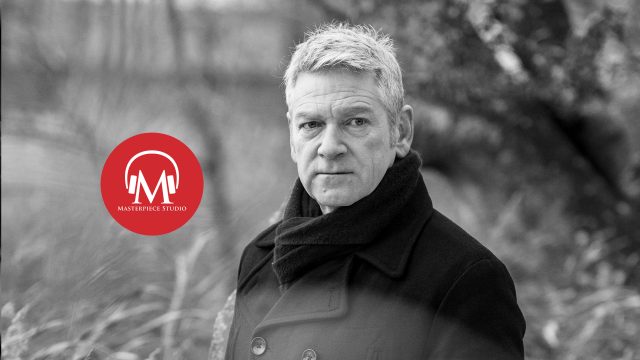 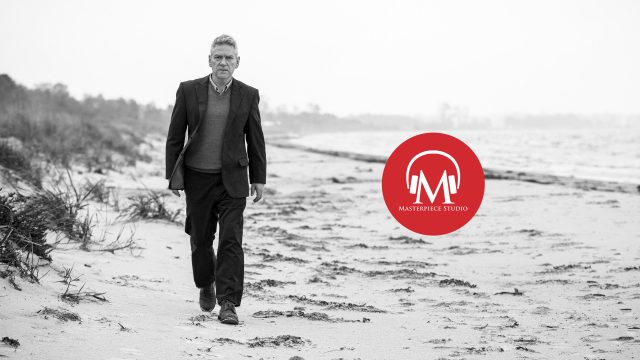 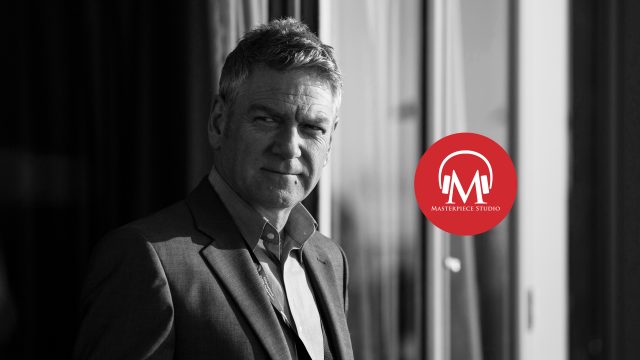