Recap: Mr. Selfridge, Through the Seasons

After three whirlwind seasons, Mr. Selfridge is coming to an end.

Catch up on the happenings of the staff, the socialites, and the big man himself, in this season-by-season recap of Mr. Selfridge. Be sure to catch the Final Season premiere on Sunday, March 27, 2016 at 10/9c on MASTERPIECE on PBS!

London, meet Harry! The American upstart comes across the pond to put his larger-than-life plan into action: revolutionize the shopping experience on Oxford Street.

Early on, Harry establishes himself as a polarizing presence. His reckless behavior prompts early investors to pull out of the project, and his love of gambling and girlfriends renders him a conflicted hero. But above all, Harry is an extraordinary boss. He takes a personal interest in the lives and wellbeing of his employees, and is quick to promote the best and brightest.

Though London remains firmly in the grasp of Edwardian morals, the status quo is slowly shifting: Women everywhere are calling for the right to vote, cosmetics are slowly losing their stigma, and class barriers are disintegrating. Harry remains ahead of the curve with his innovative ideas and embracing of new technology and ideals.

• Author Sir Arthur Conan Doyle visits and holds a séance in the store.

• King Edward VII himself visits the store, to go shopping for the very first time.

• Ellen Love, Gaiety dancer and Harry’s lover, is hired as “The Spirit of Selfridge’s.” When she is later scorned she attempts to move from the dance hall to the more respectable theater stage. Her first play is a biting satire of London society and involves an unflattering portrayal of Harry, much to his family's horror.

It’s an eventful time for Selfridge’s—It’s not only the store’s fifth anniversary, but also the start of WWI, and the cusp of a bold new era. Before he knows it, Harry is brought into the fray as a secret agent, and the young men on his staff are sent to the front-lines in droves. Public opinion quickly turns against Harry in the wake of bad press, scandal, and misunderstandings. But, as always, Selfridge’s adapts. Whether through fresh ideas, new allies, or an unexpected advantage, Harry is determined to come out on top.

• The demands of the war prompt Selfridge’s to hire women in the loading bay.

• Rose Selfridge is diagnosed with a fatal lung ailment.

It has been several years since we last saw Harry, and they were not easy ones. He has lost his beloved wife, and post-War unemployment and desperation wreak havoc in London.

Harry’s personal life is as tumultuous as ever. His wife Rose has died, his new son-in-law Serge ruthlessly pursues funding for his aviation project, and Harry’s refusal to get involved drives wedges between family members. Meanwhile, Lady Mae's cruel husband, Lord Loxley, is determined to ruin Harry by any means necessary. Harry’s betrayal at the hands of a new ally and love interest pushes him to take solace in his old mistresses—gambling and drink.

• Harry sells a large part of his shares in the store to fund the Selfridge Estate, a charitable housing project for former servicemen.

• Men returning from the war are shocked and angry that their jobs have been taken over by women, resulting in a dangerous atmosphere for the female staff.

• In the wake of his wife's death, Harry enters into a hasty romance with Nancy Webb, his partner in the Selfridge Estates. The pair are briefly engaged before he learns she is not a city planner, but a con artist.

Catch up with your favorite character's journey, below: 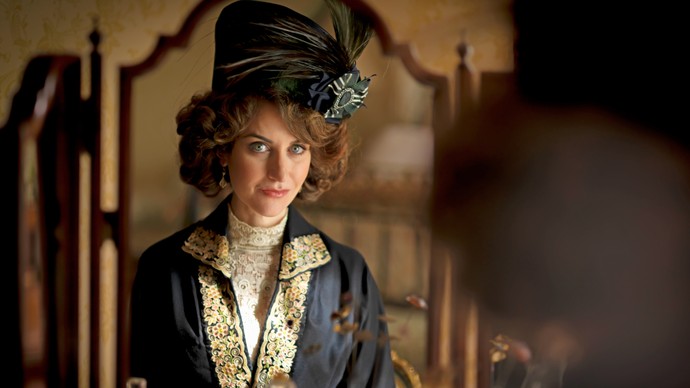 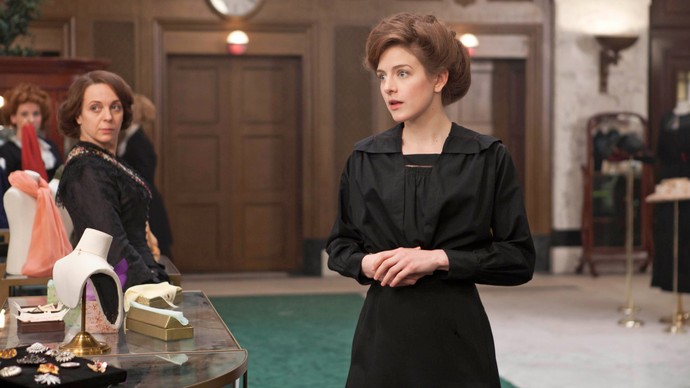 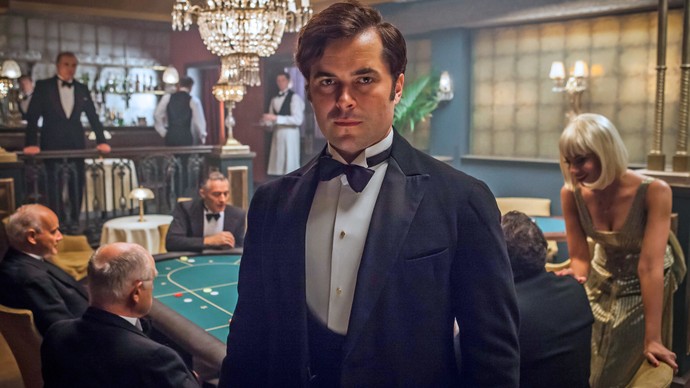 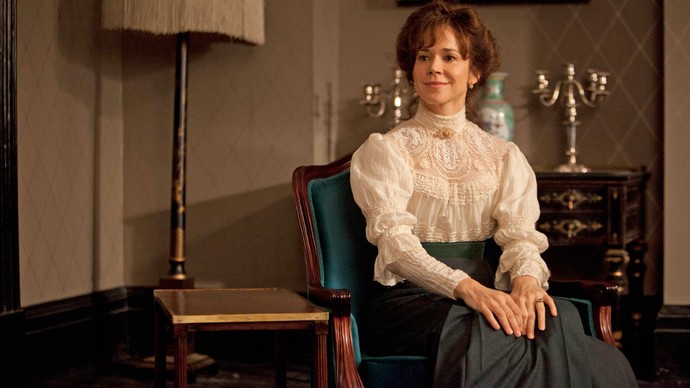 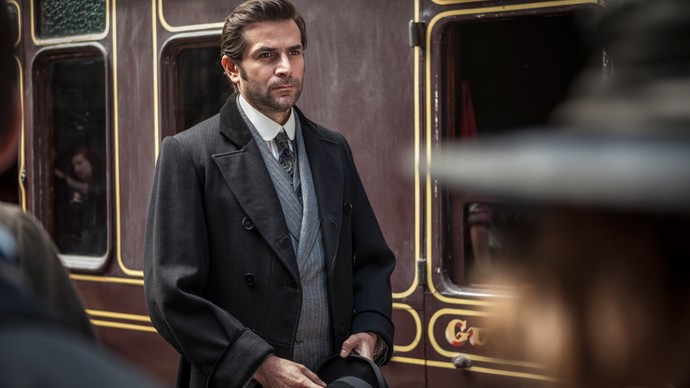 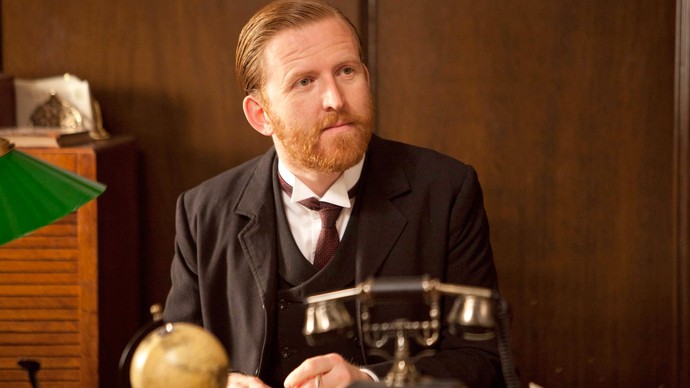 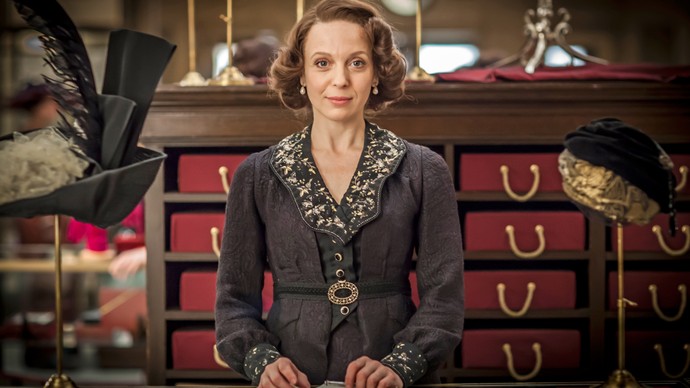 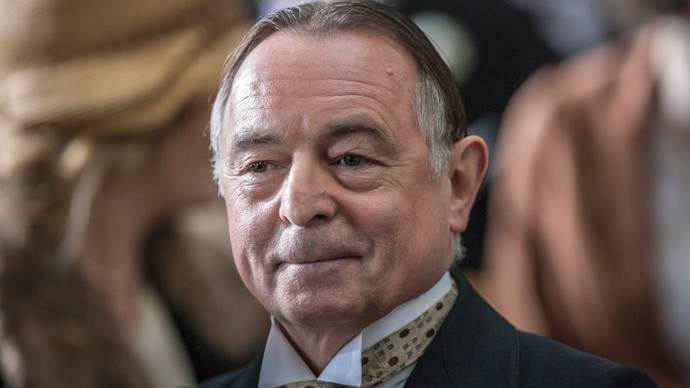 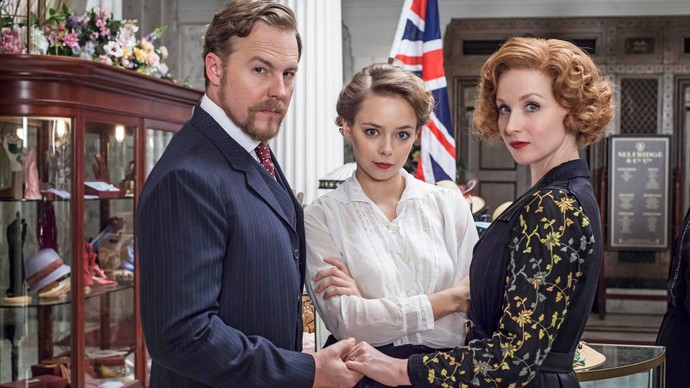 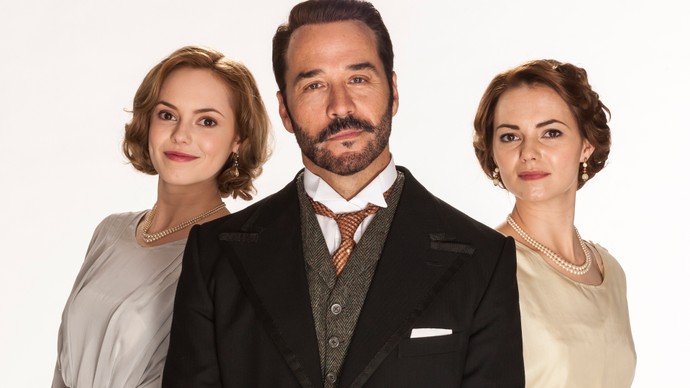 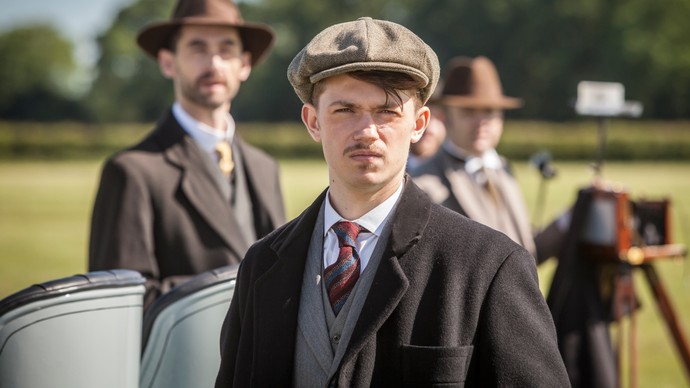 —What awaits Harry in Season 4?  Find out when Mr. Selfridge’s Final Season premieres Sunday, March 27, 2016 at 10/9c on MASTERPIECE on PBS. #SelfridgePBS