The Duchess of Cambridge took a brief recess from her royal duties to visit the Downton Abbey set in London! While at Ealing Studios, a beaming Duchess chatted with cast members (including Michelle Dockery, Hugh Bonneville, Jim Carter, and others), went behind-the-scenes of production with creator Julian Fellowes, and dabbled in design with costumer Anna Mary Scott Robbins.

Though she got to watch some of the new season being filmed, even Her Royal Highness didn’t get Season 6 secrets. "I don't think we've given her any spoilers, no special treatment," actress Sophie McShera (Daisy) told People magazine. Before heading back to Buckingham Palace, the Duchess gifted the cast with a commemorative plaque, and received a special gift from young actor Oliver Barker (one of the actors who plays Lady Mary’s son): a toy train for Prince George. 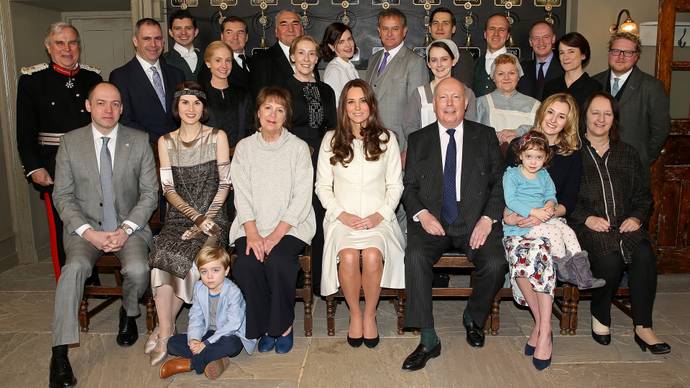 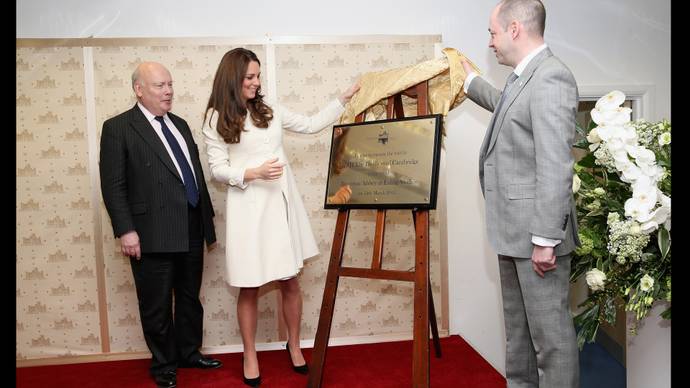 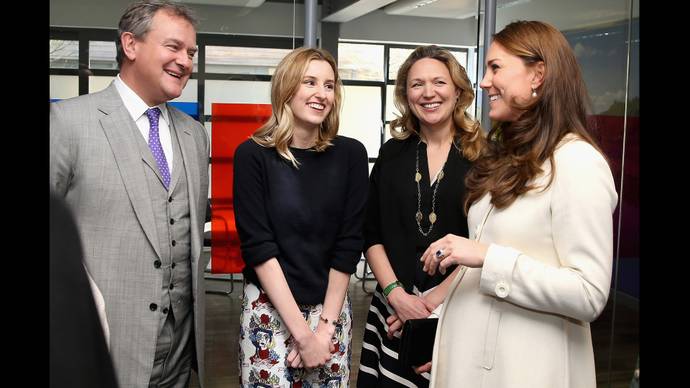 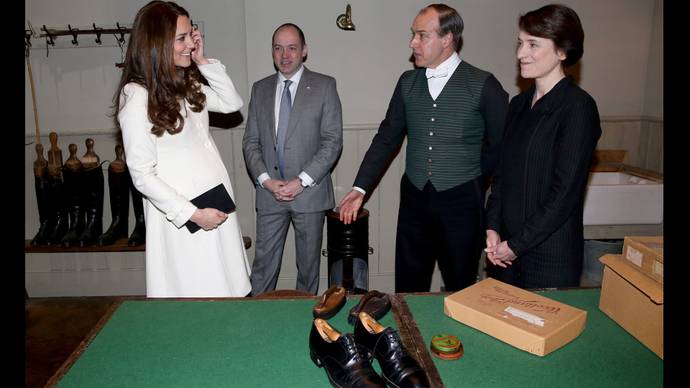 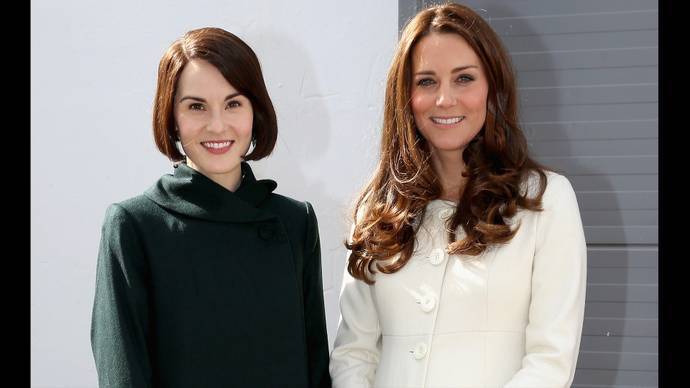 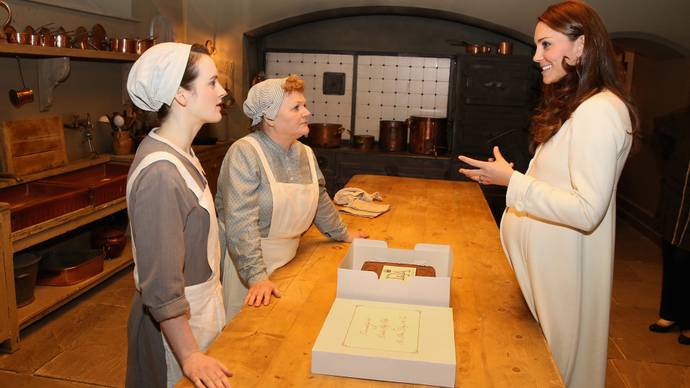 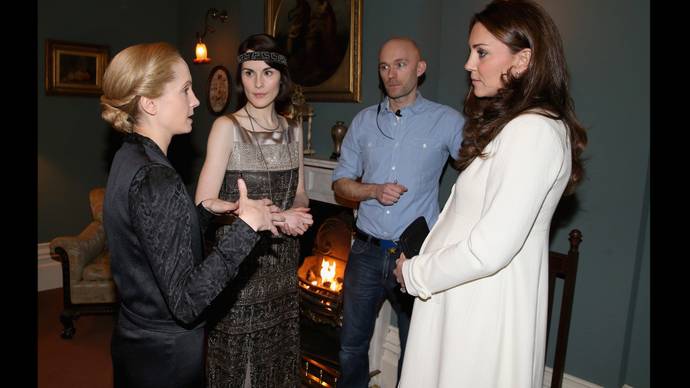 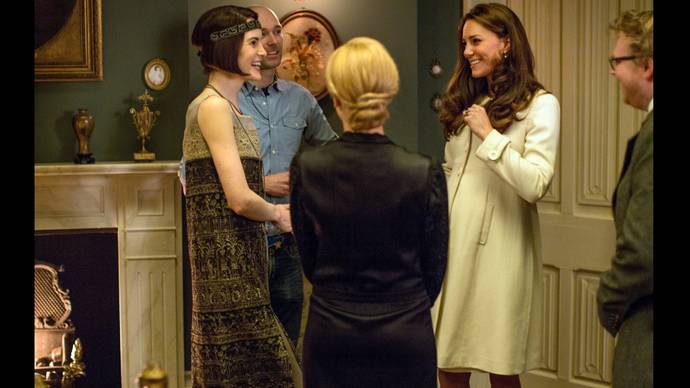 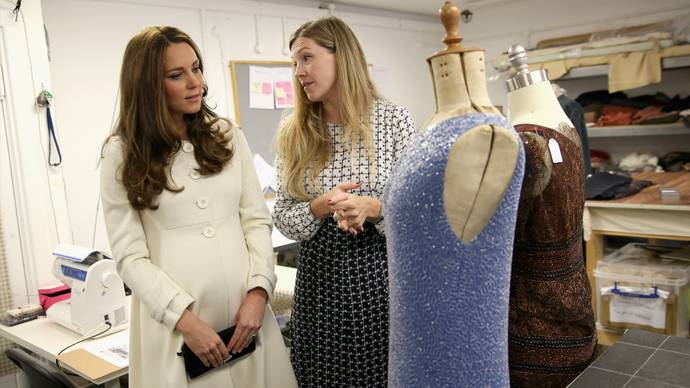 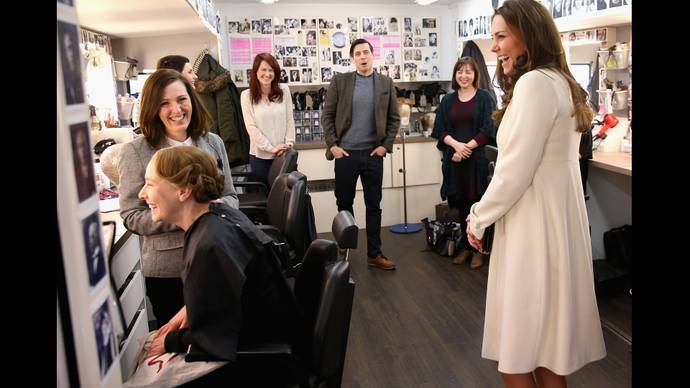 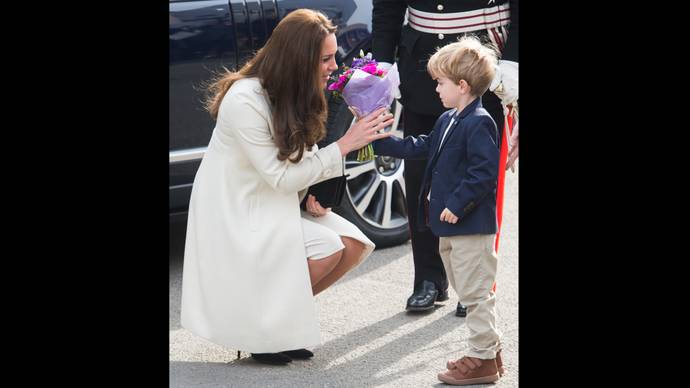 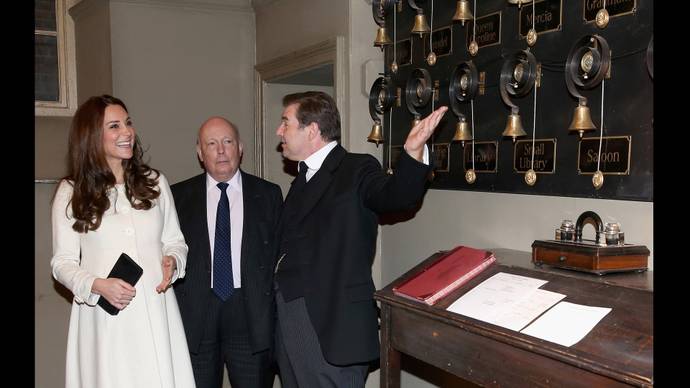 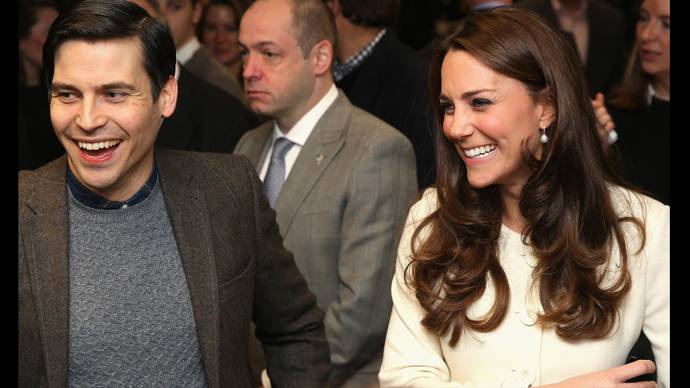