Share all the shopping, scandals, and surprises with other fans on Twitter.  Join us during the national broadcast of each new episode (Sunday nights at 9/8c), or whenever you are watching, by using the hashtag #SelfridgePBS. Then, using Twitter or your favorite aggregator, check the hashtag to see what others are saying.

You are sure to virtually bump into a store-full of Mr. Selfridge fans, but you never know who else you'll find -- MASTERPIECE and PBS insiders and author Evangeline Holland (@evangelineh) of Edwardian Promenade.

For Mr. Selfridge Season 2, turn watching television into a Twitter event by joining us with hashtag #SelfridgePBS. 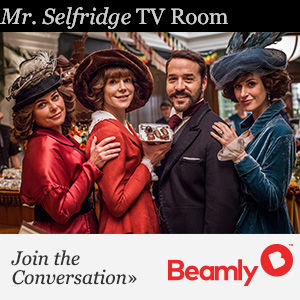