Premiering January 15, 2017. In 1837, a diminutive, neglected teenager is crowned Queen Victoria, navigates the scandal, corruption, and political intrigues of the Court, and soon rises to become the most powerful woman in the world. Coming to MASTERPIECE in 2017, Victoria stars Jenna Coleman (Doctor Who) as Queen Victoria in a highly anticipated series that follows the drama of the candid, spirited monarch who was perhaps the first woman to seem to have it all.

Following Victoria from the time she becomes Queen through her passionate courtship and marriage to Prince Albert, the lavish premiere season of Victoria dramatizes the romance and reign of the girl behind the famous monarch.

In addition to Ms. Coleman, the stellar ensemble includes Rufus Sewell (The Man in the High Castle, Zen, The Pillars of the Earth) as Lord Melbourne, her first prime minister and intimate friend and Tom Hughes (Page Eight, Dancing on the Edge) as her husband Prince Albert. 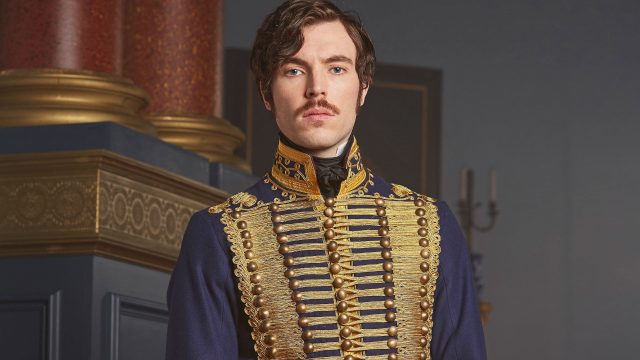 Much Ado About Nothing

Receive our email newsletter to get Grantchester exclusives, and find out about shows coming soon!