Bagpipes and drums – not what you’d expect in Russian sports. But that’s how the Paralympic curling matches began today, with two pipers and two drummers, in kilts, marching in stately procession along the baseline and right up the middle of the ice. 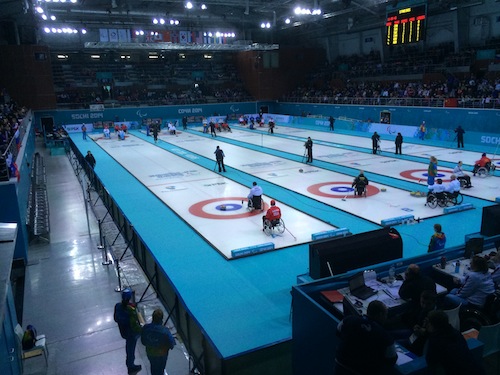 Competition for the curlers began yesterday at the Ice Cube Curling Center. The first six days are a round-robin tournament among the ten national teams; the top four teams go on to the semi-finals. To fit in all 45 games, the schedule is tight, with teams playing every day (sometimes two games a day) and three or four teams playing simultaneously.