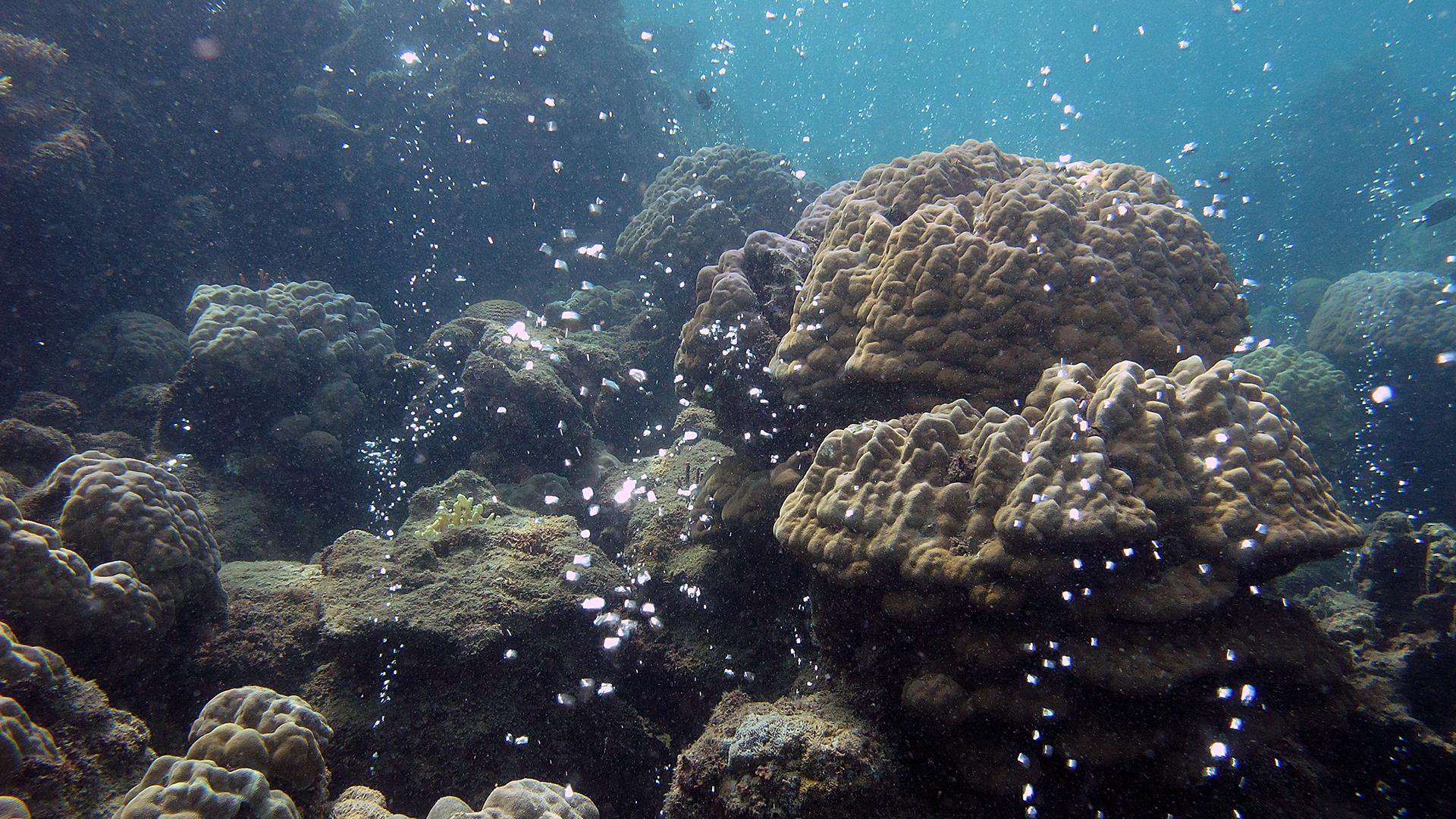 (This program is no longer available for online streaming.) A deadly recipe is brewing that threatens the survival of countless creatures throughout Earth’s oceans. For years, we’ve known that the oceans absorb about a quarter of the carbon dioxide in our atmosphere. But with high carbon emissions worldwide, this silent killer is entering our seas at a staggering rate, raising the ocean’s acidity. It’s eating away at the skeletons and shells of marine creatures that are the foundation of the web of life. NOVA follows the scientists making breakthrough discoveries and seeking solutions. Visit a unique coral garden in Papua New Guinea that offers a glimpse of what the seas could be like a half-century from now. Can our experts crack the code of a rapidly changing ocean before it’s too late? (Premiered May 13, 2015)

Hope from the Deeps for Coral Reefs

Oceans of Acid: How Fossil Fuels Could Destroy Marine Ecosystems

Major funding for NOVA is provided by the David H. Koch Fund for Science, the NOVA Science Trust, the Corporation for Public Broadcasting, and PBS viewers.