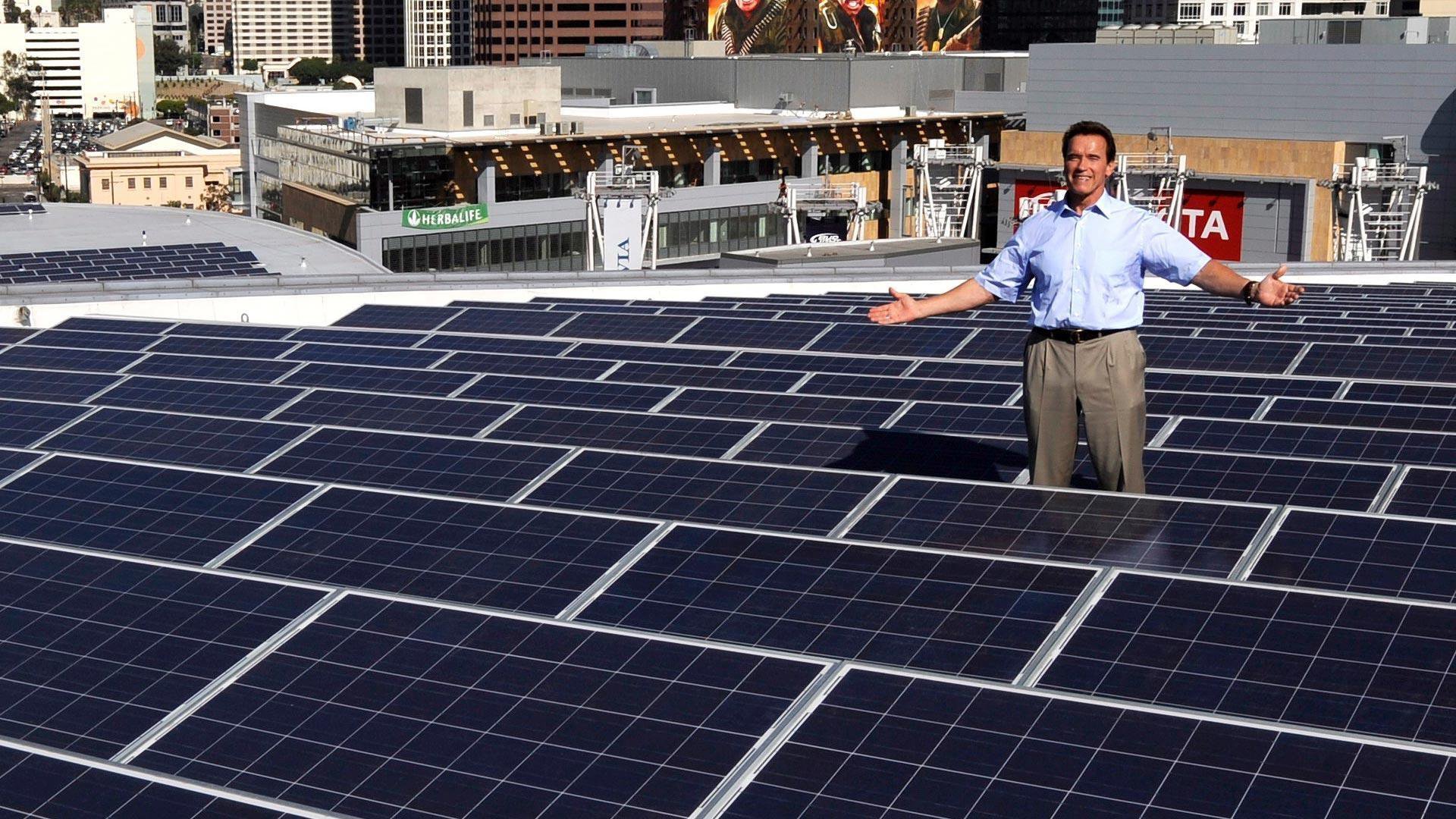 As Governor of California, Arnold Schwarzenegger launches a dramatic and controversial program to slash carbon dioxide emissions and promote energy efficiency. NOVA explores the pros and cons of California's bold approach, which calls for improvements in energy efficiency in homes and commercial buildings; increased reliance on renewable power sources, primarily solar and wind; and major upgrades in car mileage. Hear from Governor Schwarzenegger, skeptics and supporters of the plan, and ordinary citizens and businesspeople whose lives are impacted. Among those interviewed is Steven Chu, who went on to become the U.S. Energy Secretary in the Obama Administration.