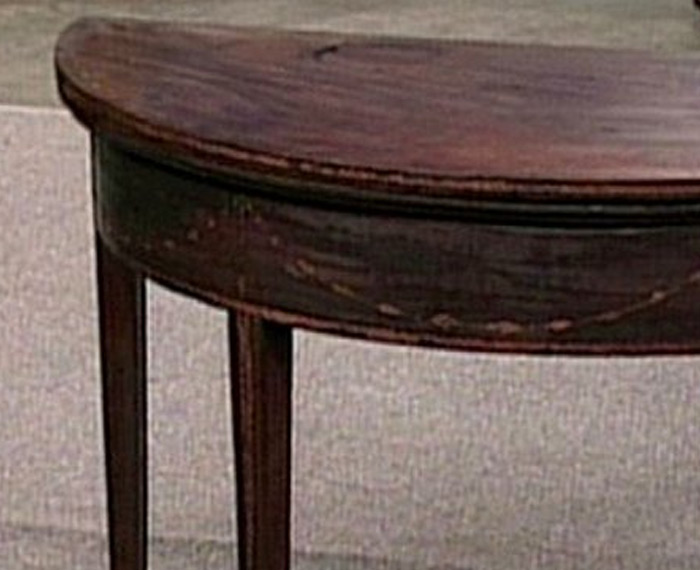 One woman’s trash is another woman’s treasure…a $200,000 to $300,000 treasure to be exact! Back in 1997 in Secaucus, New Jersey, appraiser Leigh Keno and his brother Leslie met Claire, the owner of a magnificent mahogany labeled Seymour card table. Claire had purchased the piece for only $25 at a garage sale in the 1960s. Several weeks after bringing it to ROADSHOW, Claire called Keno to discuss selling the mahogany table. Hear from Keno about what happened after Secaucus and why keeping some grunge on your furniture is almost always a good thing! 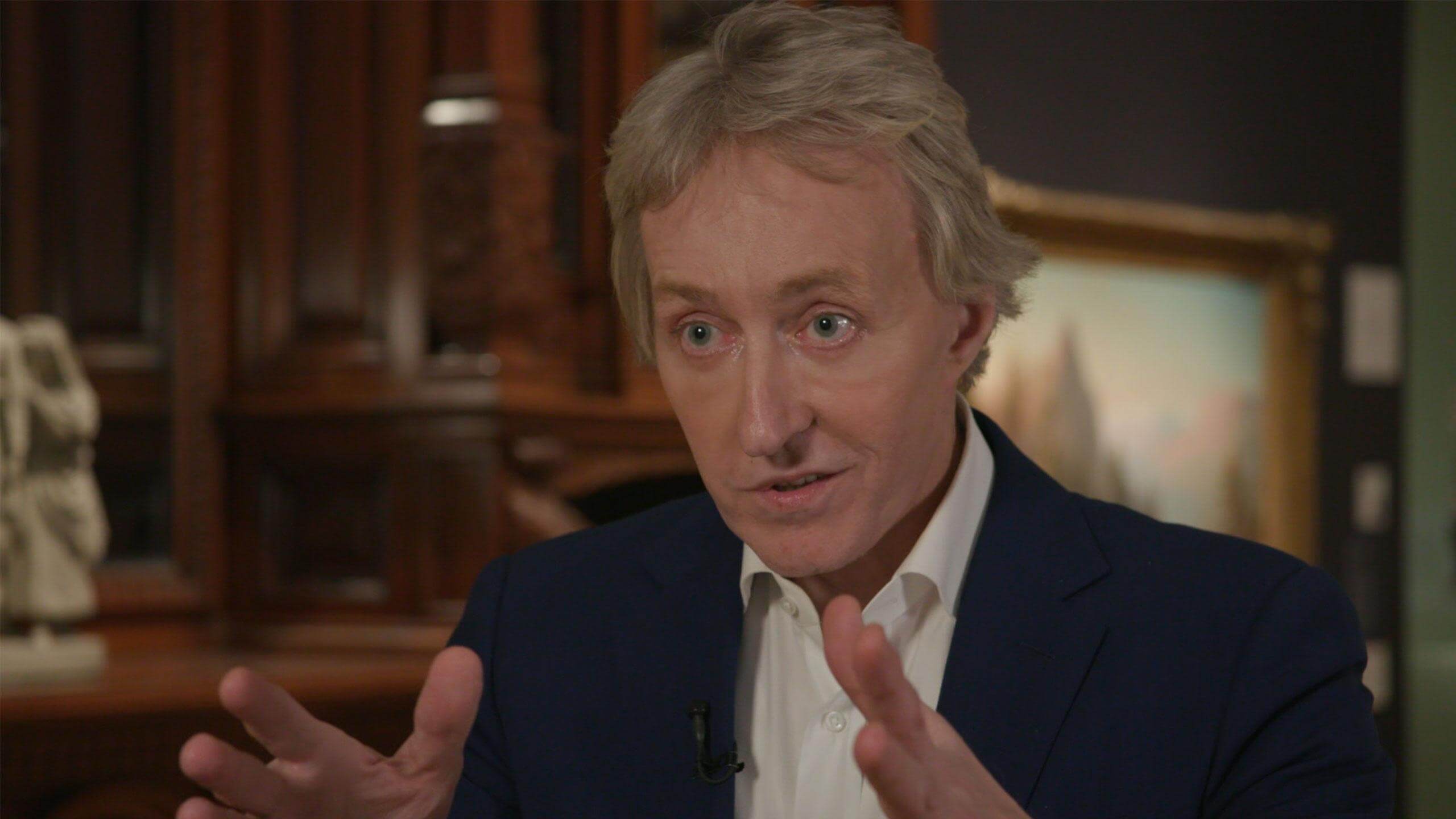 Leigh Keno explains the importance of "grunge" on furniture and how it sheds light on the piece's history.

Why Brown is down 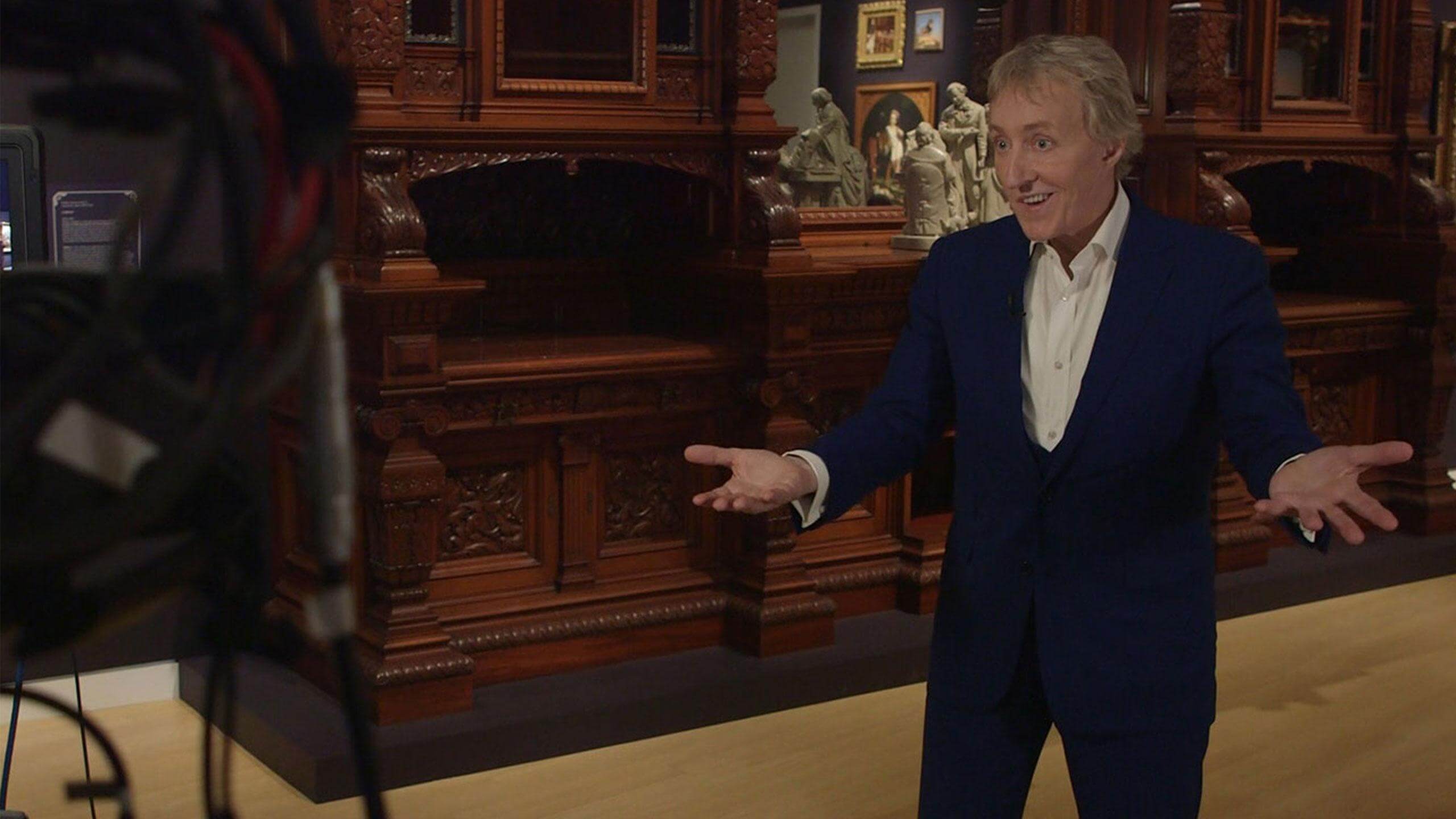 Learn more from Leigh Keno about why the last several years have been a tough time for the market in traditional wood furniture. 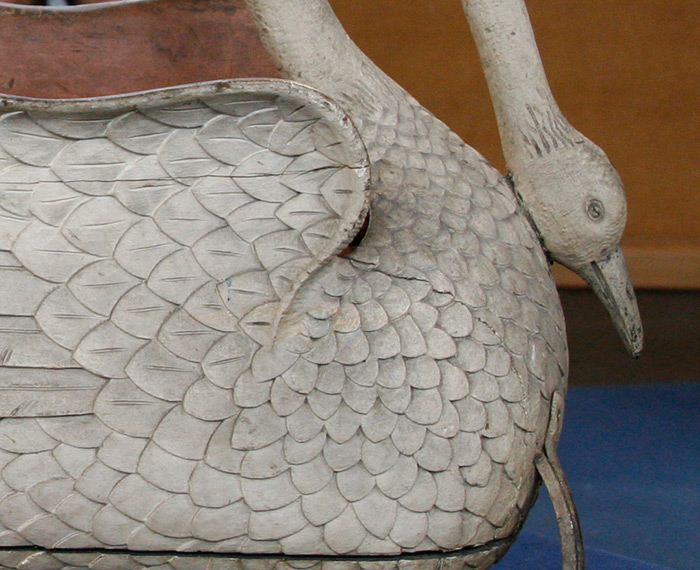 During ROADSHOW’s 2006 Milwaukee show, Folk Art expert Allan Katz appraised a charming swan-shaped sleigh, expertly crafted for a young child around 1880. Katz told Jackie, the sleigh’s owner, that her sleigh had a retail value of between $20,000 and $30,000, and that it was the smaller of a pair, most likely made for siblings. It’s what he didn’t tell Jackie that day in Milwaukee that’s at the heart of this surprising story — but all was revealed this past summer when Katz invited ROADSHOW’s cameras to Connecticut for a glimpse into his remarkable home. 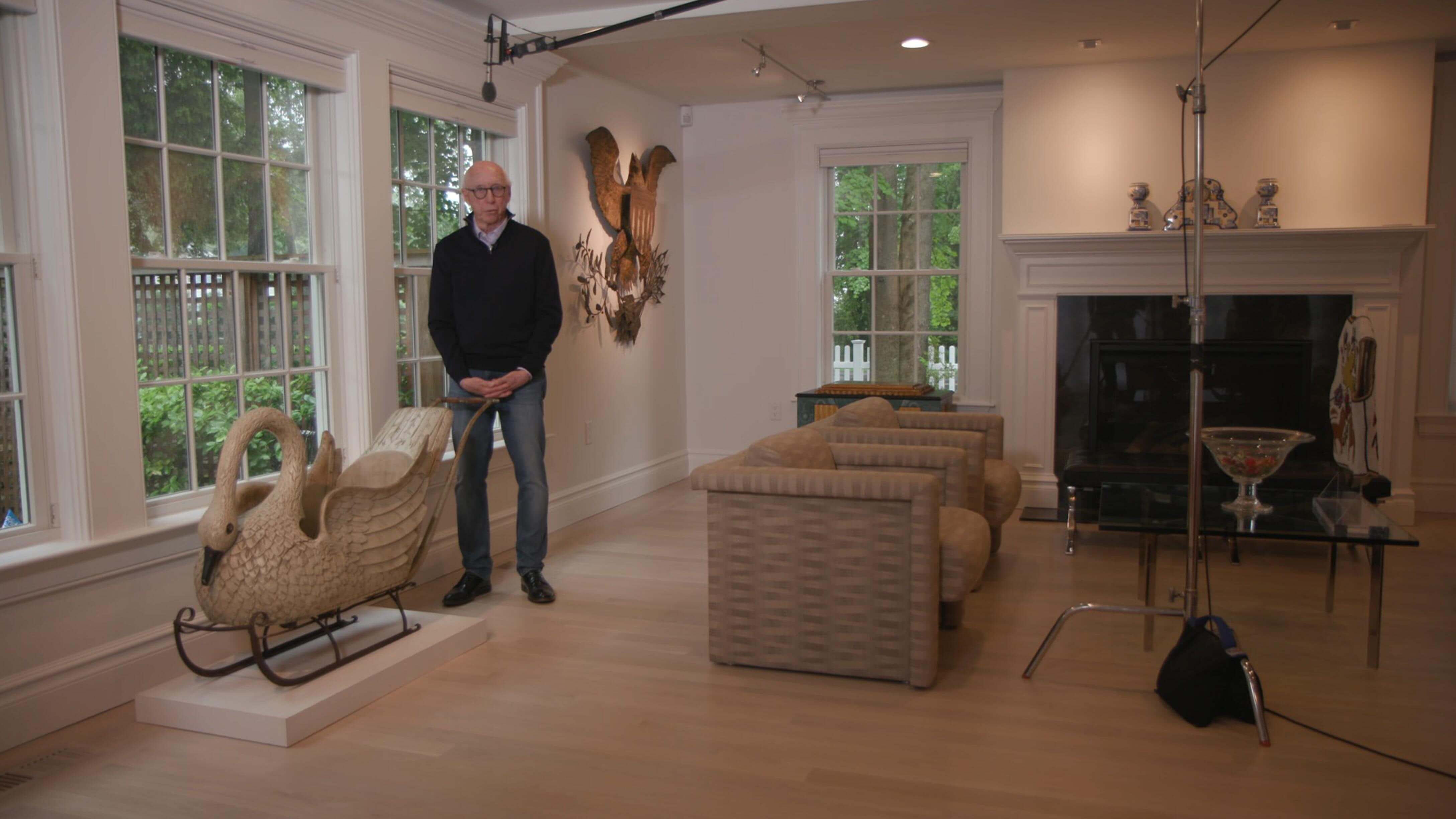 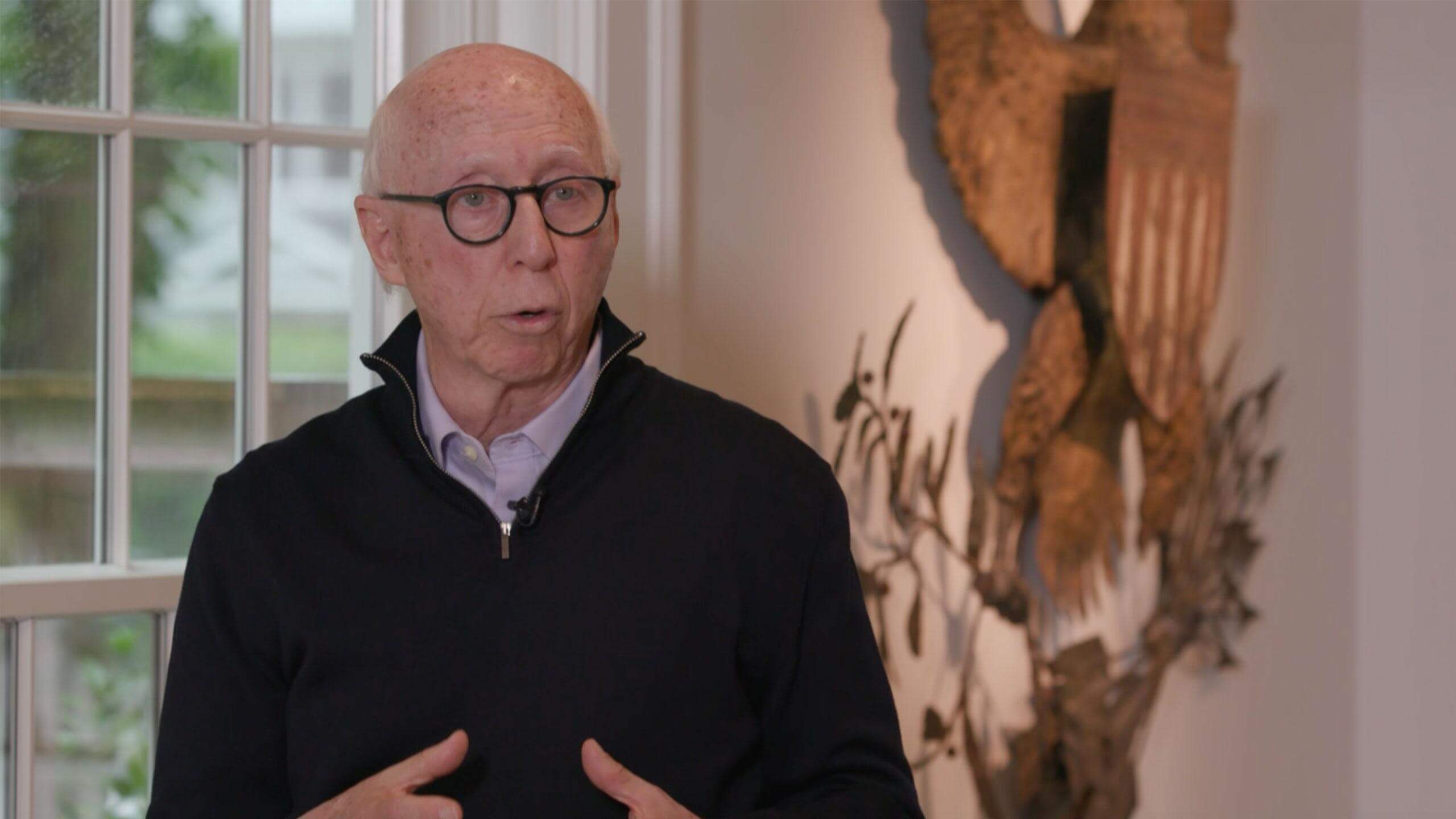 Folk Art fanatic Allan Katz discusses one of the true loves of his life.

Back in 2005, Toys & Games appraiser Noel Barrett met Charlie, the owner of a pristine, never-been-opened Heyde Buffalo Bill Wild West set. Having purchased the set for $400 at his very first auction (while his wife as out of town!), Charlie was delighted to hear Barrett give the set an auction estimate of $15,000 to $20,000. Fourteen years later, ROADSHOW catches up with both Barrett and Charlie as they explain why sometimes it pays off to hold on to your child-like sense of wonder when it comes to nostalgic toys.

Should I do ROADSHOW? 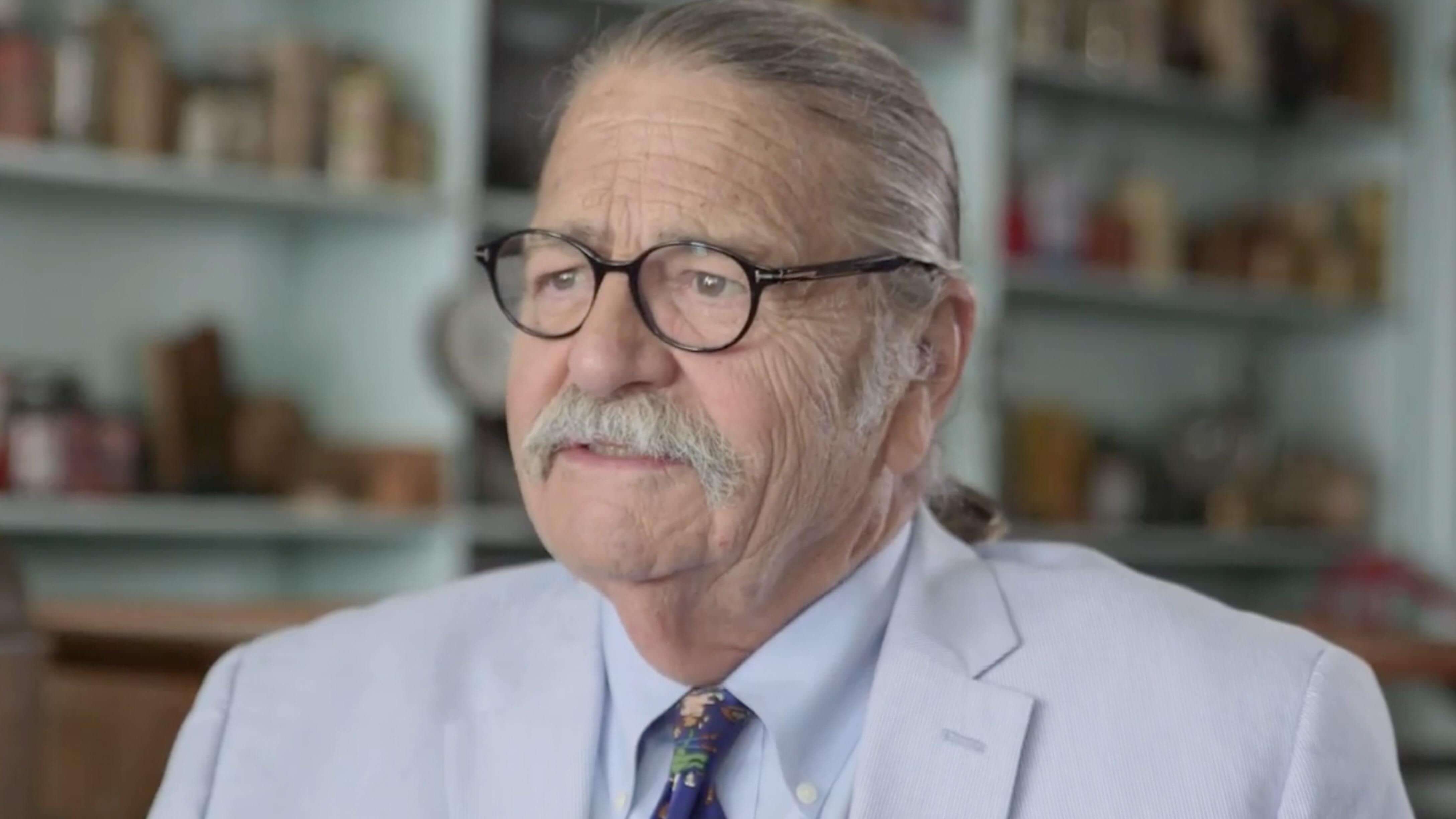 Noel Barrett recalls being asked to join the merry band of traveling experts on a new PBS series, ANTIQUES ROADSHOW! 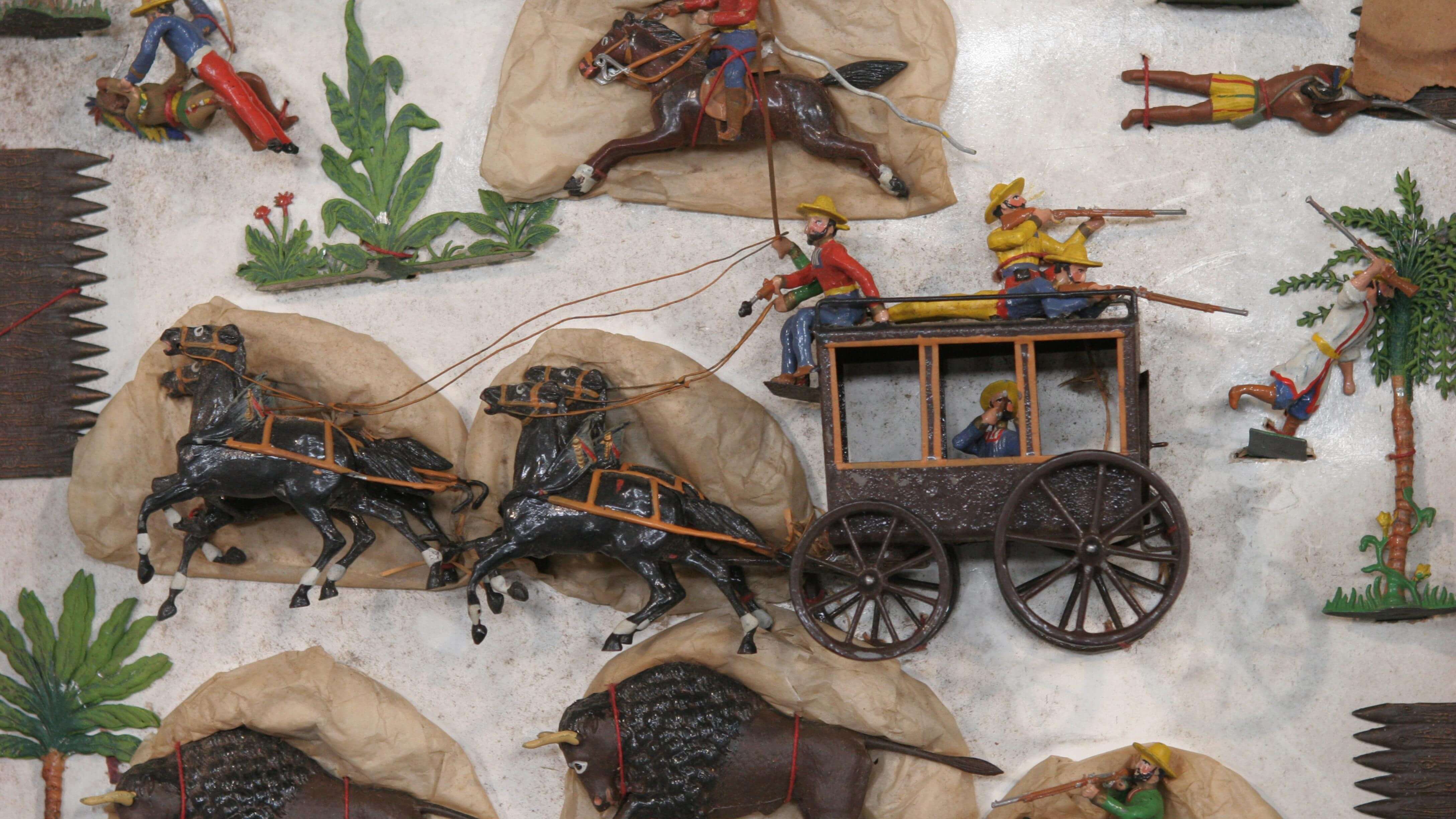 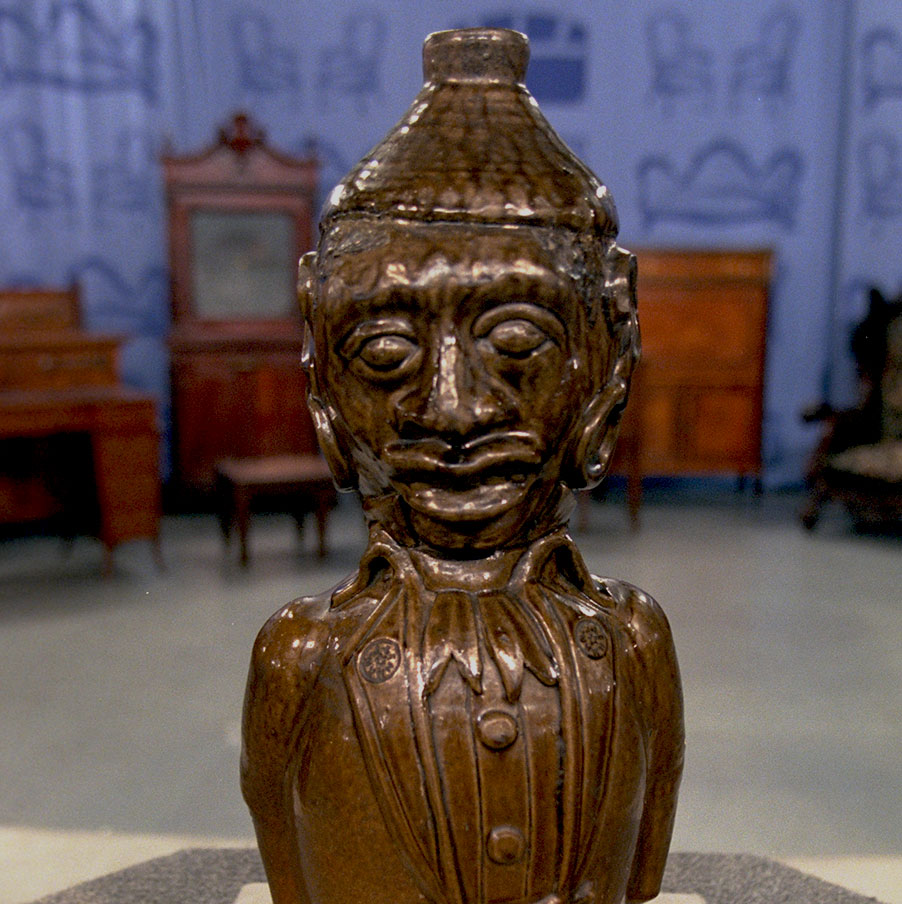 Who was John Lehman? While working the 2001 Miami ROADSHOW, Folk Art appraiser Ken Farmer came across that very question as he and colleague Carl Crossman figured out the artist behind an impressive piece of Southern pottery worth $25,000 to $30,000. Almost two decades later, Farmer fills ROADSHOW in on what he’s learned about the elusive Lehman and his work since the Miami show.

Who Was John Lehman? 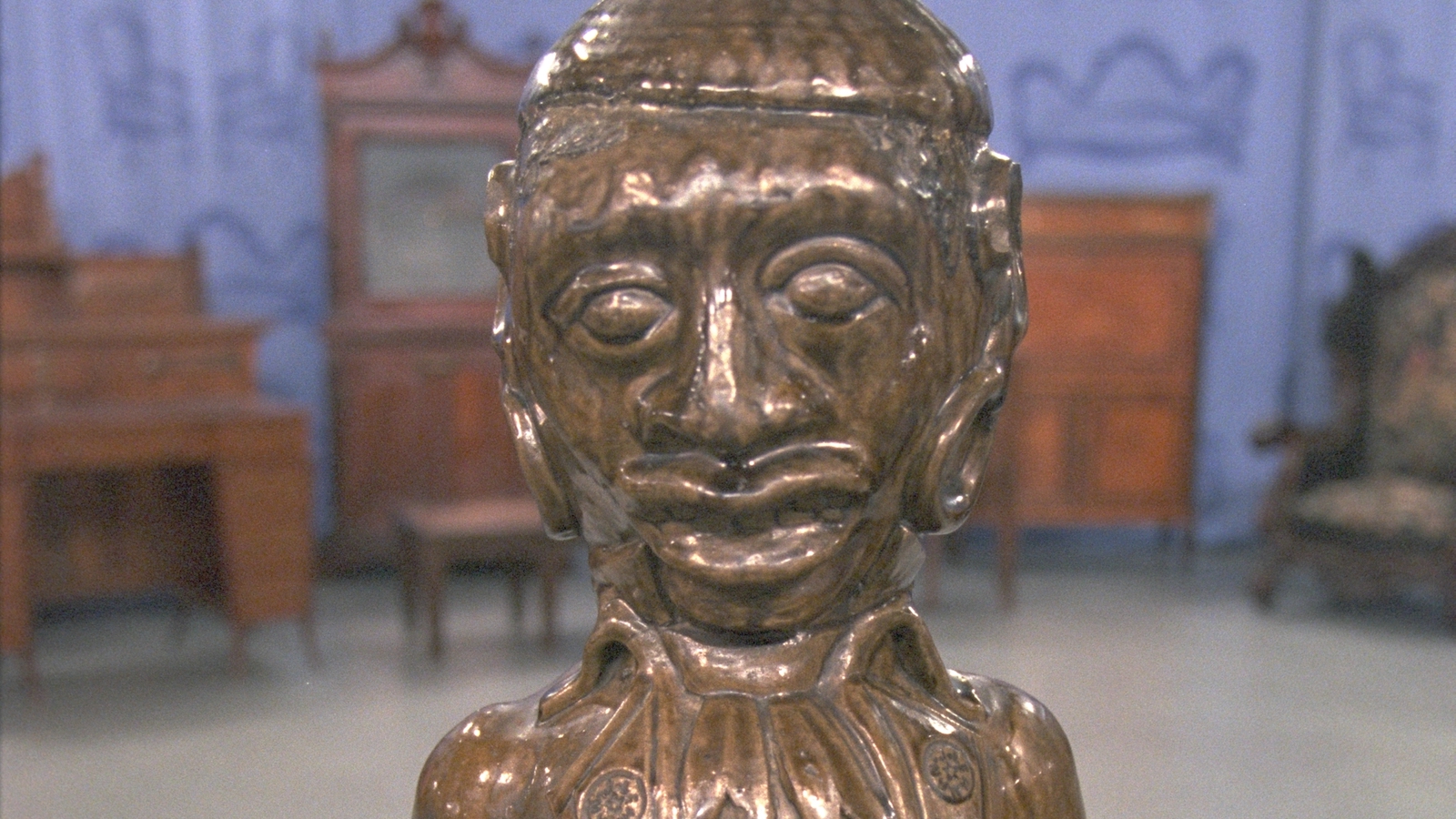 During ANTIQUES ROADSHOW’s 2001 event in Miami, Florida, a guest named Cathy brought in an intriguing face jug that once belonged to her great-grandmother’s sister, who resided in Sylacauga, Alabama. Folk Art appraisers Ken Farmer and Carl Crossman were able to discern the identity of the jug’s maker through a small detail on the figure’s lapel buttons — the letters L-E-H-M-A-N. According to Farmer and Crossman, the letters were a hallmark of John Lehman, a relatively unknown German-born itinerant potter who lived and worked in Alabama in the latter half of the 19th century.

Little was known about John Lehman until 2016, when Joey Brackner, the leading authority on Alabama Folk Pottery at the Alabama State Council of the Arts, published an article titled “The Search for John Lehman.” Through Brackner’s article, ROADSHOW learned that Lehman was a German immigrant who came to the United States on June 4, 1847, and was naturalized in Daviess County, Kentucky, on April 14, 1859. In 1860, Lehman traveled south from Kentucky to Randolph County, Alabama, where he met his wife, Mary, while living in the home of her father, a fellow potter. In order to find work, between 1860 and 1880, Lehman traveled through the South finding work occasionally in New Orleans and Georgia. But Lehman always called Randolph County home.

Appraising before the internet 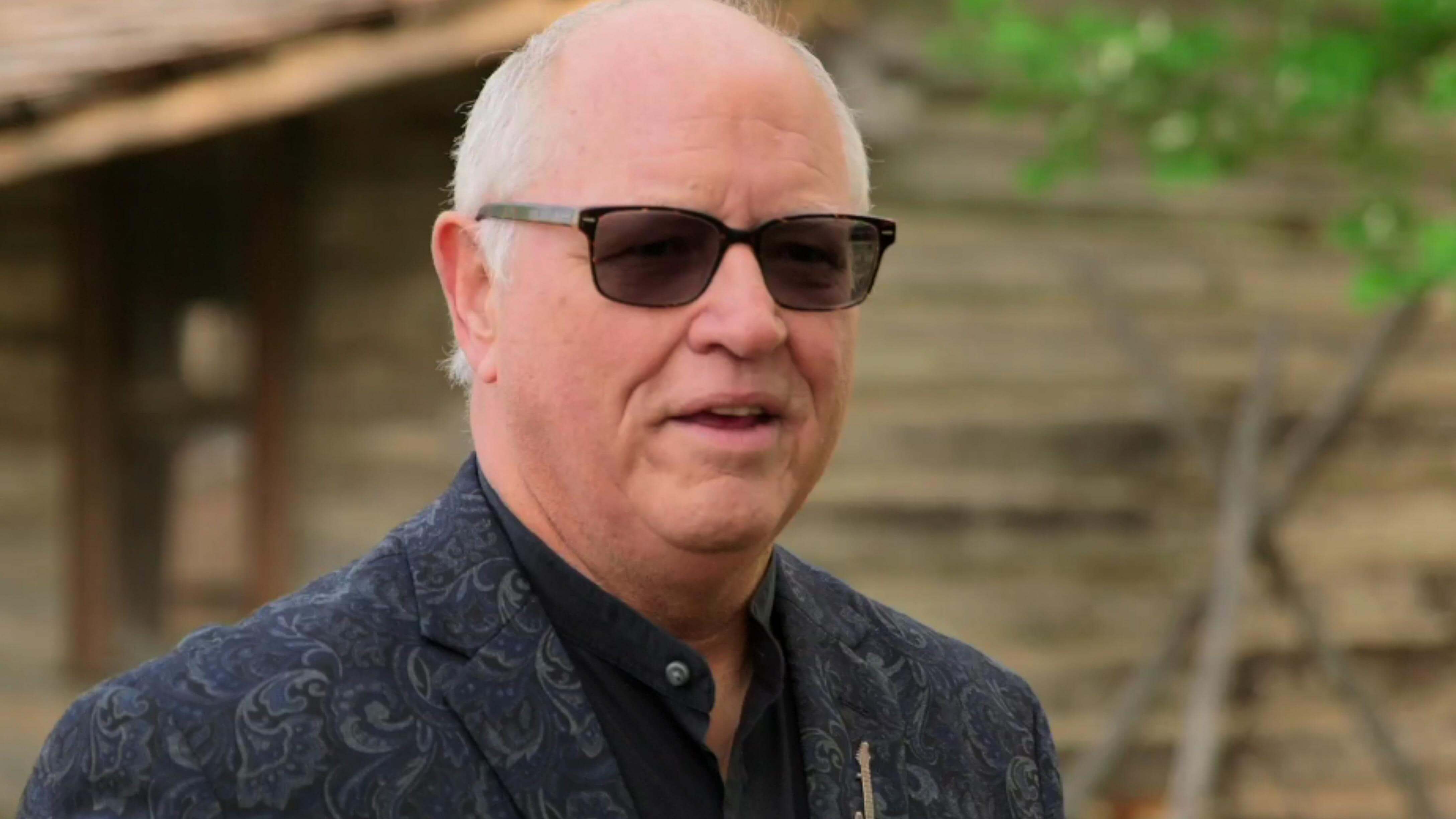 Ken Farmer reflects on how technology has improved appraising on ANTIQUES ROADSHOW. 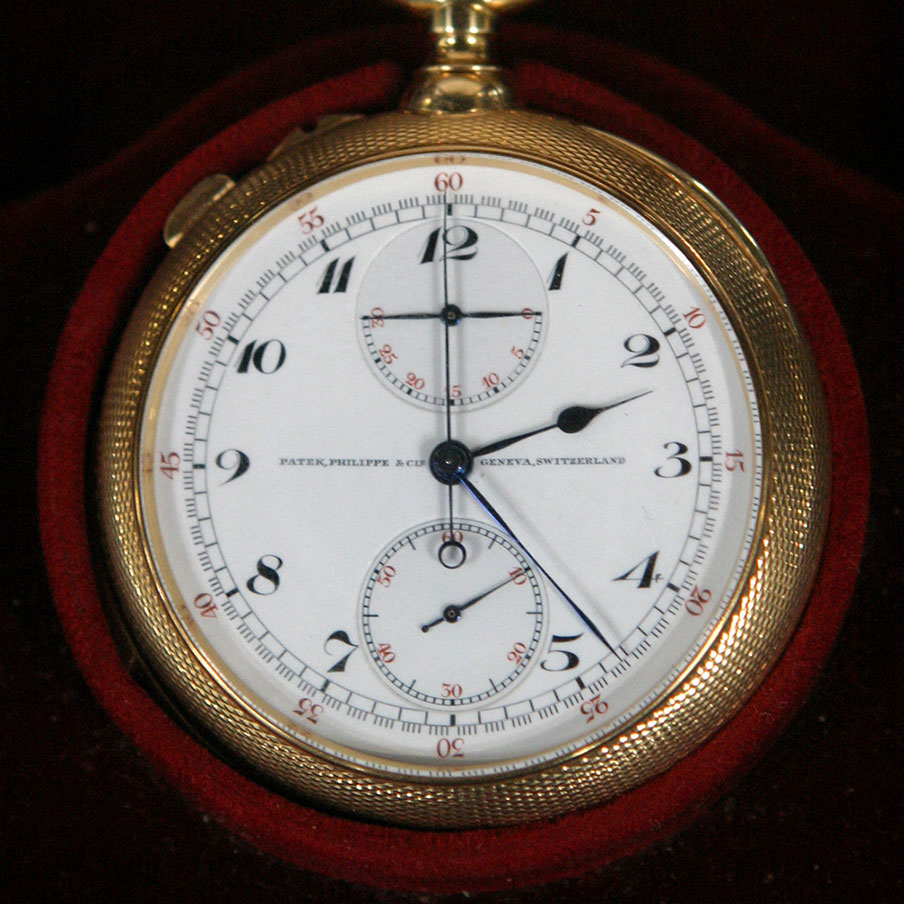 While working his very first ROADSHOW in 2004, Watches appraiser Paul Hartquist met Robert, the owner of a one-of-a-kind 1914 Patek Philippe watch. Hartquist shocked our staff — and Robert — when he gave the watch an auction estimate of $250,000. Flash forward to Hartquist’s second-ever ROADSHOW event in Fargo, North Dakota, last May, where he updates ROADSHOW on where the watch is today, and how he felt while getting to see and hold this stunning timepiece back in St. Paul. 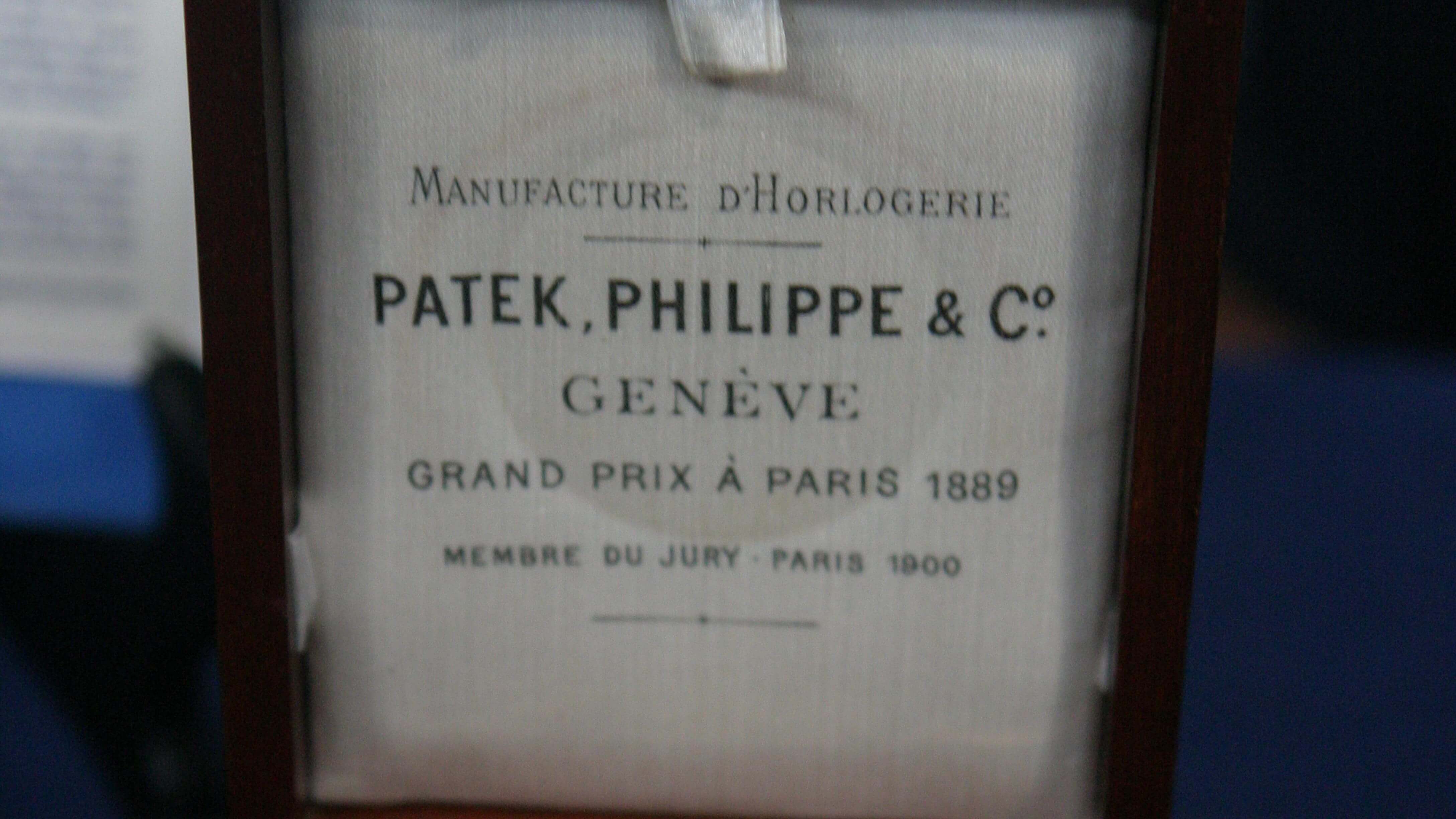 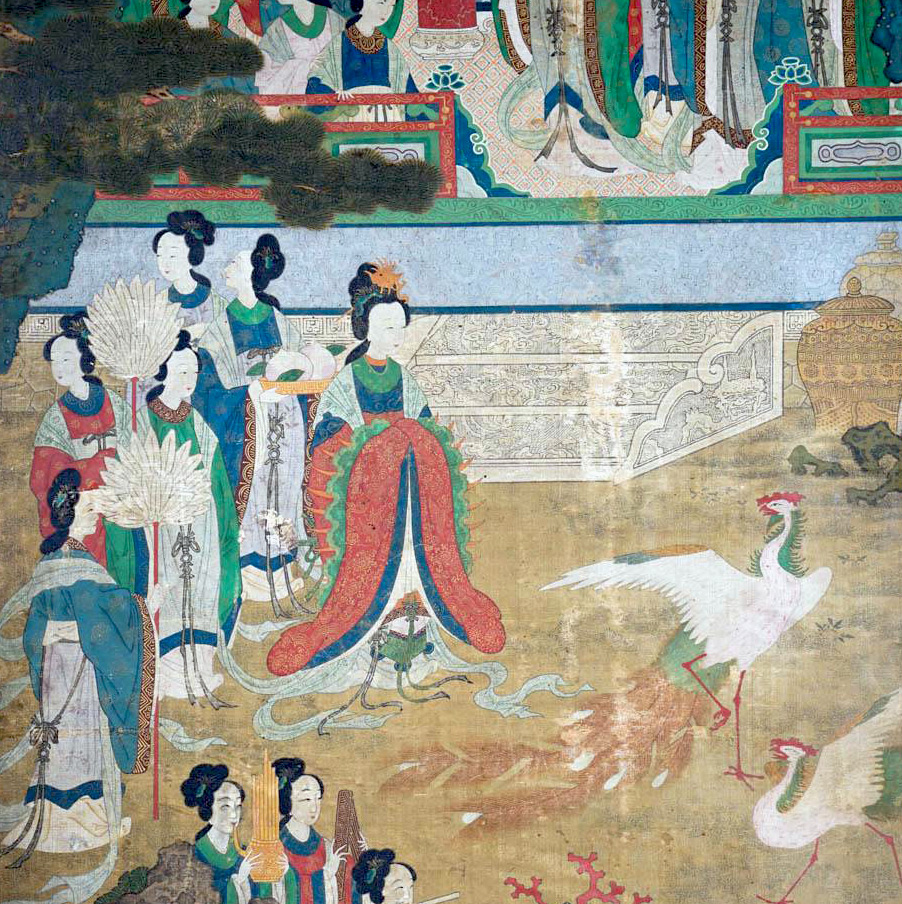 At the ROADSHOW, our guests are always learning new surprises about their objects, but what happens when one of our appraisers gets a surprise of his own? At the 2005 Bismarck event, Asian Arts appraiser Lark Mason met Dee, the owner of a tattered but magnificent silk court screen, several hundred years old and apparently of Chinese origin. Dee said she’d come close to throwing it out, but eventually enlisted Mason’s help to sell it at auction. An auction that would wind up leaving Dee elated, and Mason and his colleagues in shock! 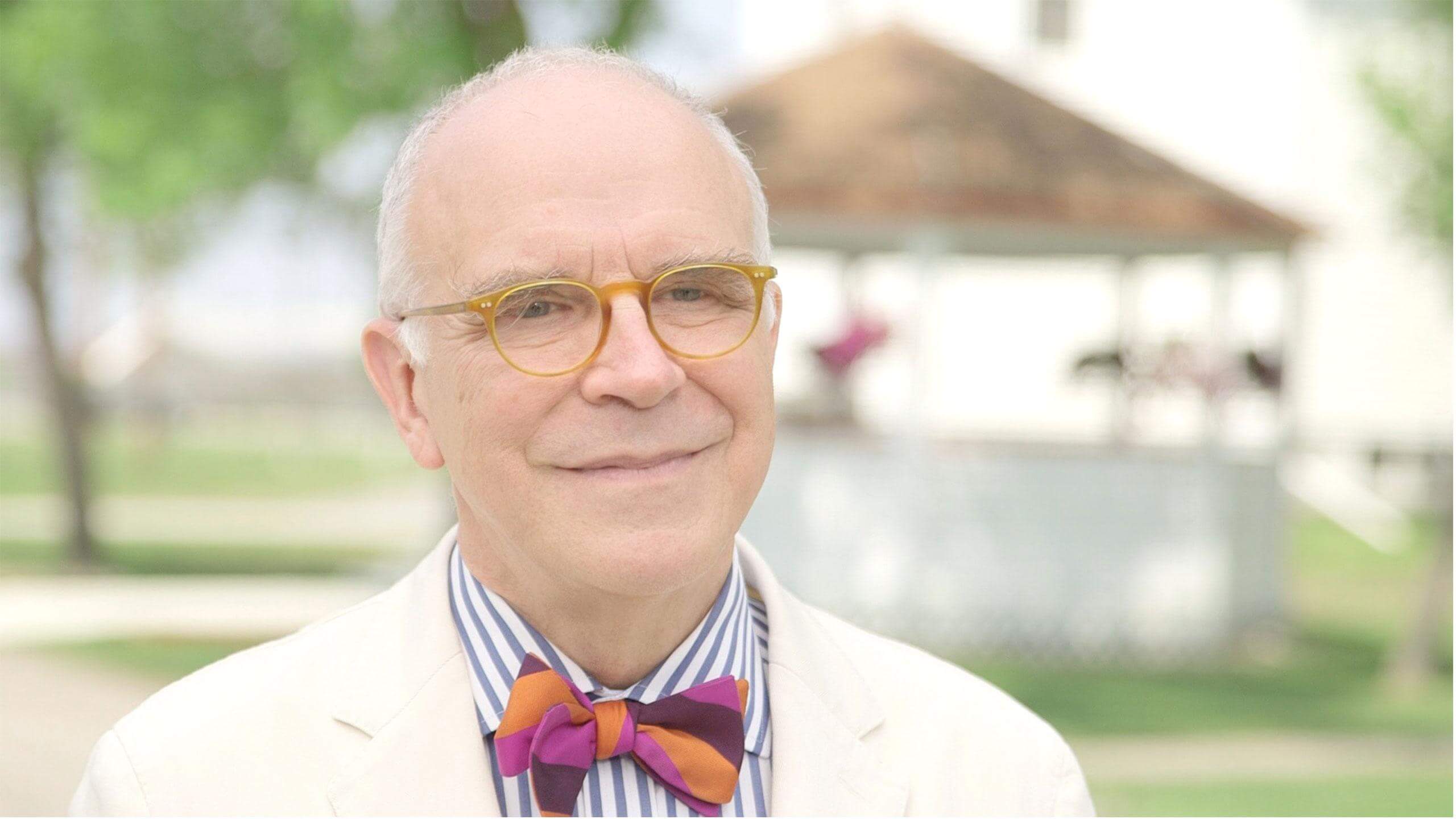 Here more from appraiser Lark Mason about what makes his specialty so complex. 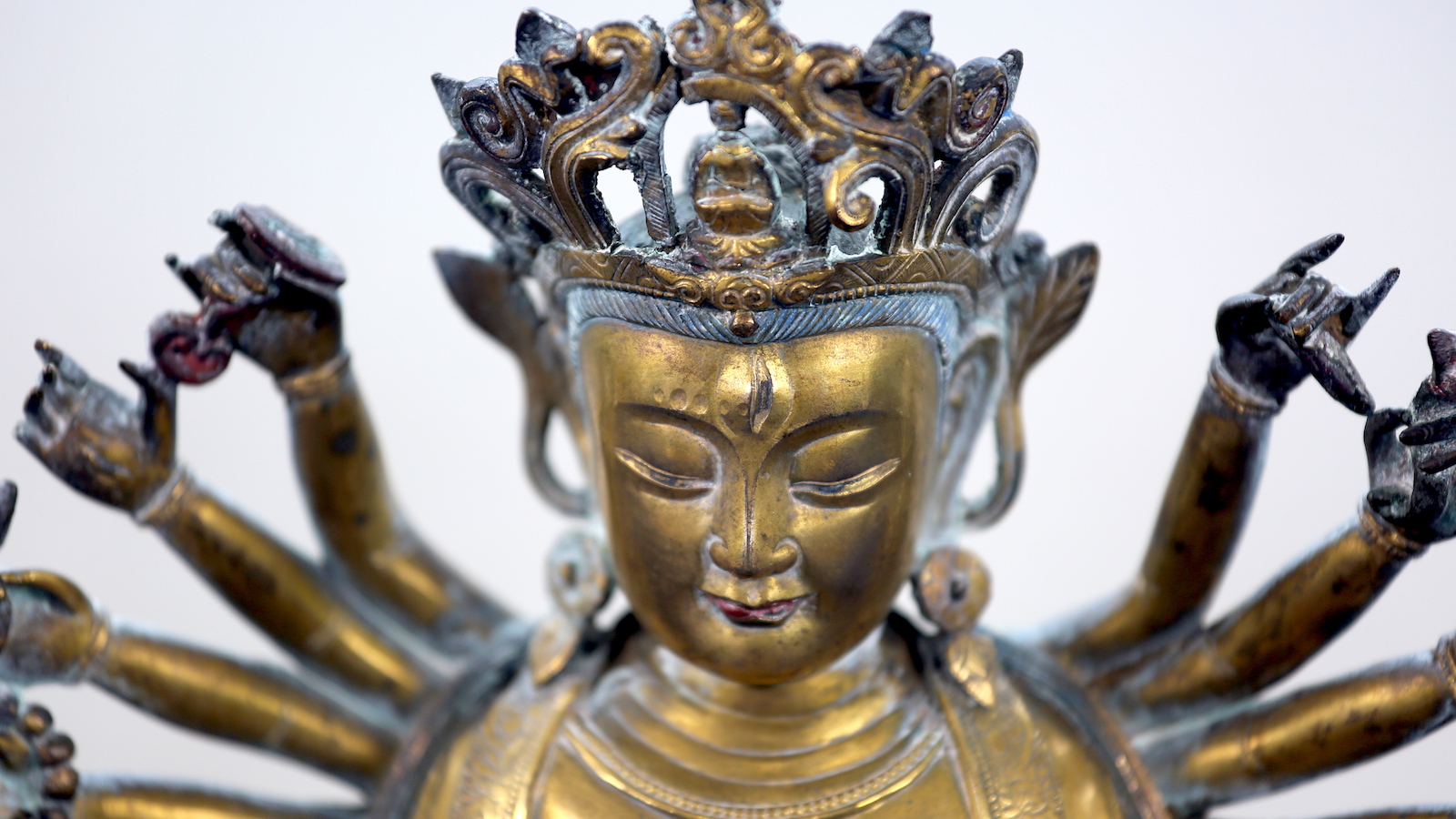 The imagery of Asian religious sculptural figures can be bewildering. Distinguishing Chinese from Korean and Japanese, Indian from Thai, can be a daunting challenge. In this primer Lark Mason overview's the most common figures and provides pointers about how to distinguish the sculpture of one Asian culture from another. 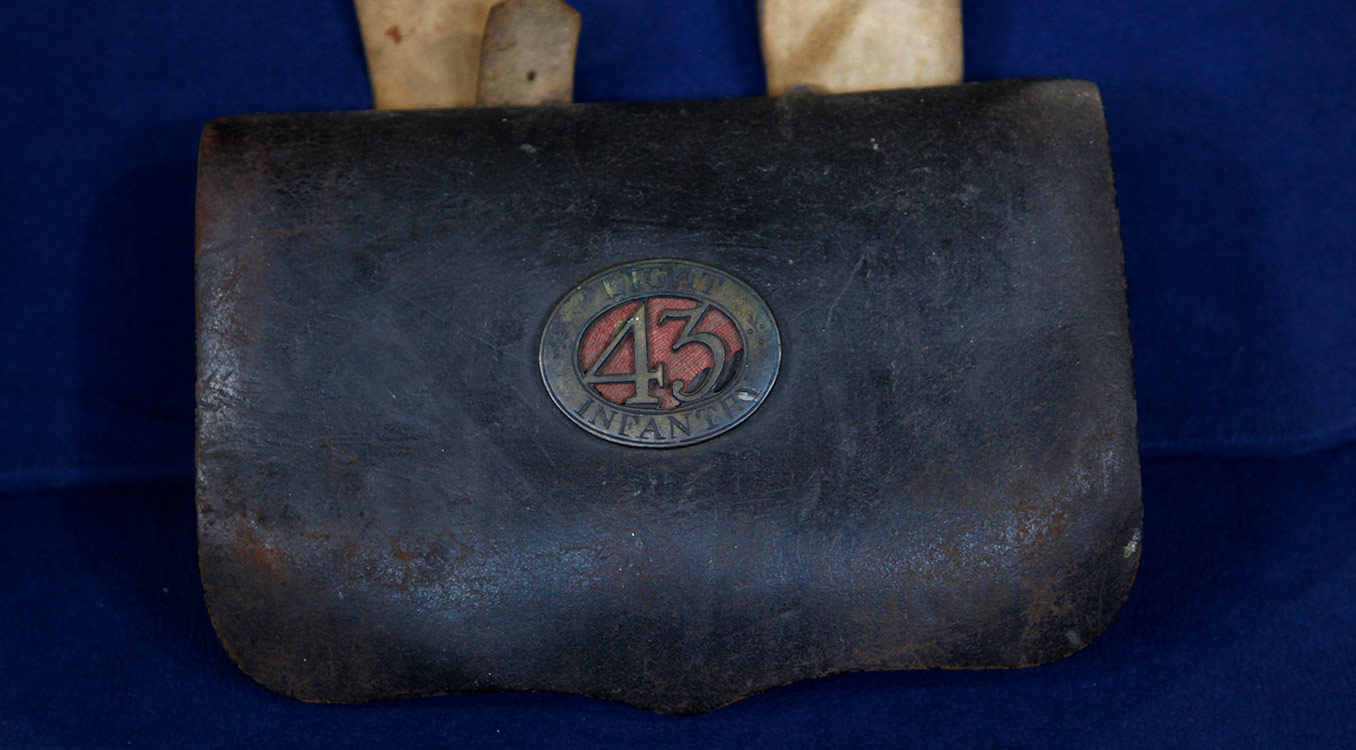 During the Boston ROADSHOW event in 2012, famous Civil War enthusiast Rafael Eledge encountered an unlikely artifact his guest had found in an attic on Cape Cod. Neither Union nor Confederate, it was actually a beautifully preserved leather cartridge box originally used by a British soldier of the 43rd light infantry while on campaign in the rebellious colonies during the American Revolution. Watch as Eledge gushes over the extraordinary find and learn why “there are not enough superlatives for this box.” 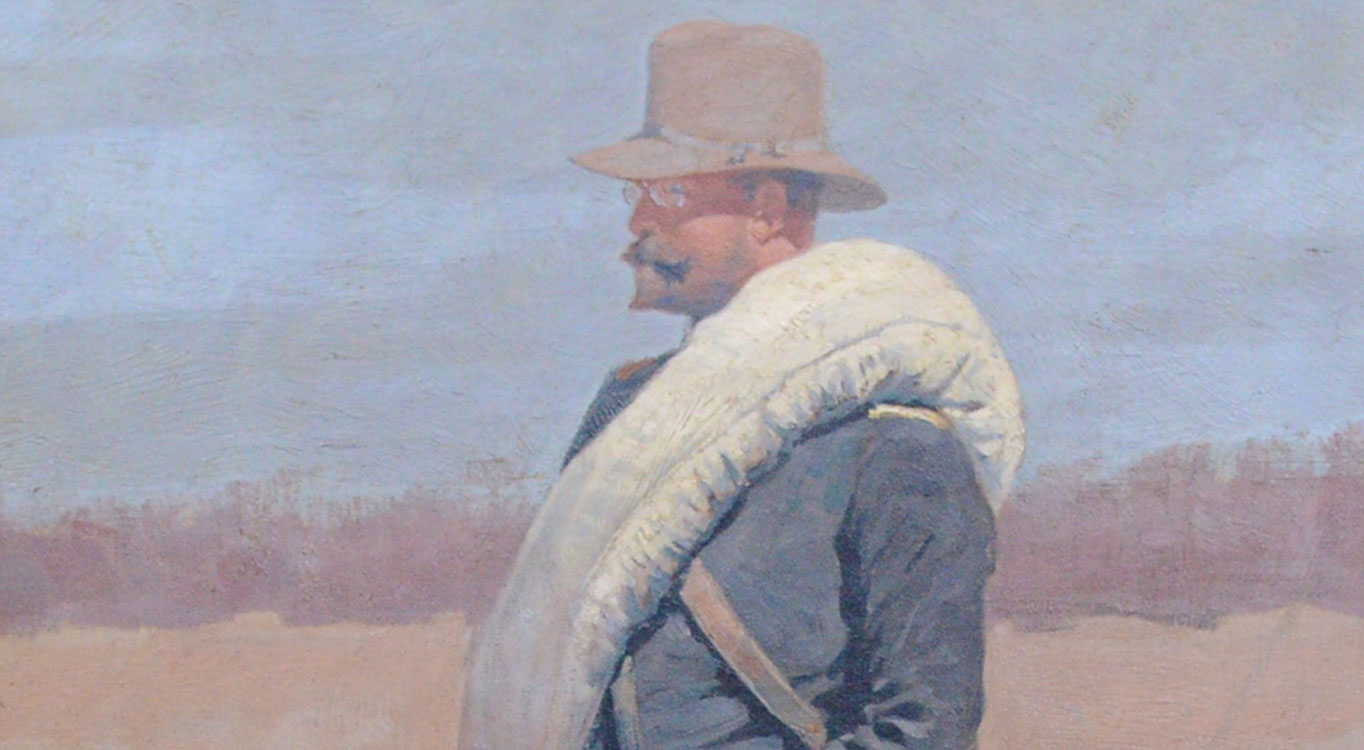 At ROADSHOW’s 2014 Birmingham, Alabama event, Paintings appraiser Colleene Fesko discovered a family treasure with some very personal provenance. It was a portrait of the guest’s great-grandfather, a cavalry officer, painted by the renowned 19th-century American artist Frederic Remington. Five years later, ROADSHOW catches up with Fesko to learn what’s happened to the painting since she first appraised it. 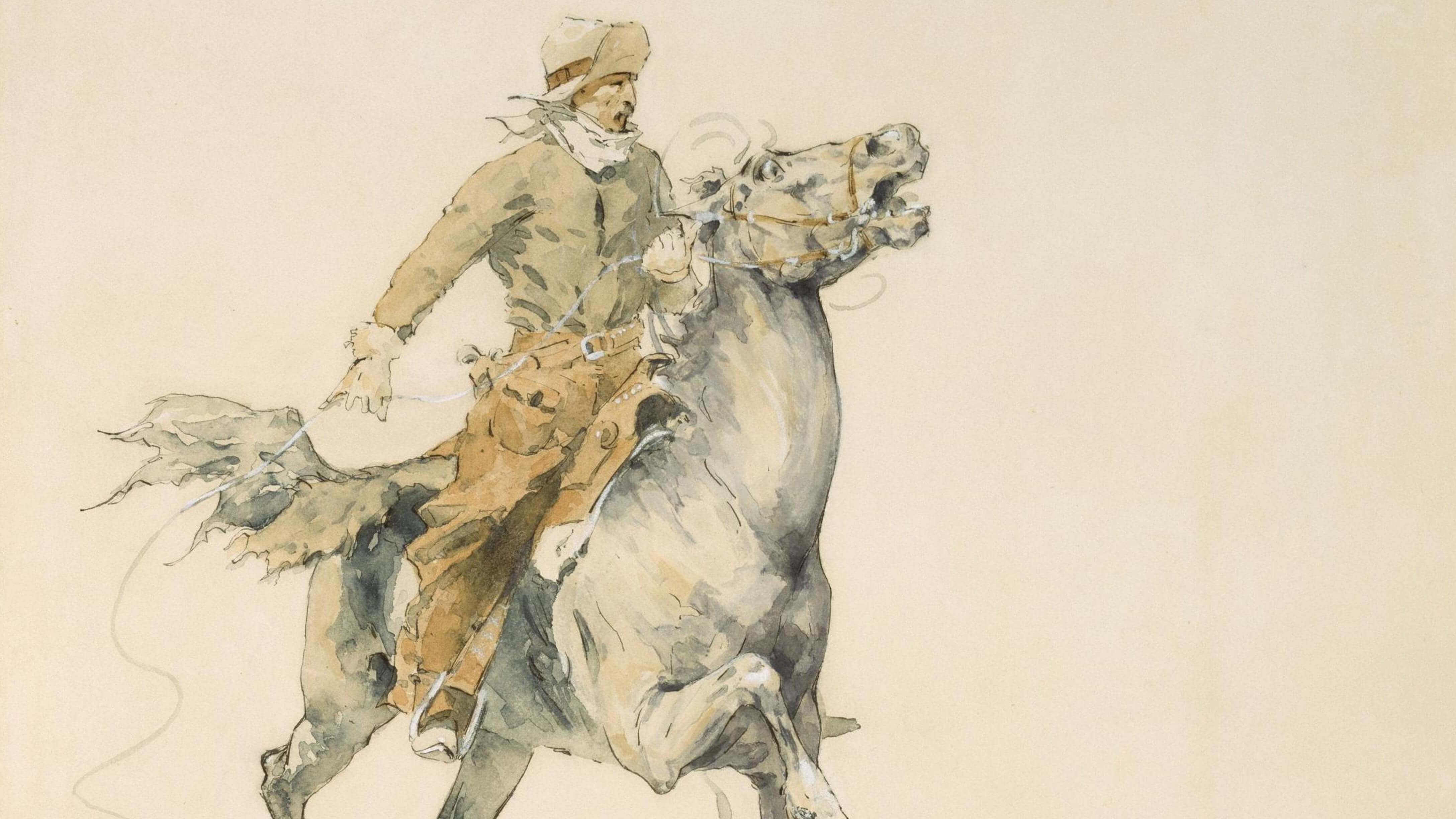 Learn the Twist to This Remington Story 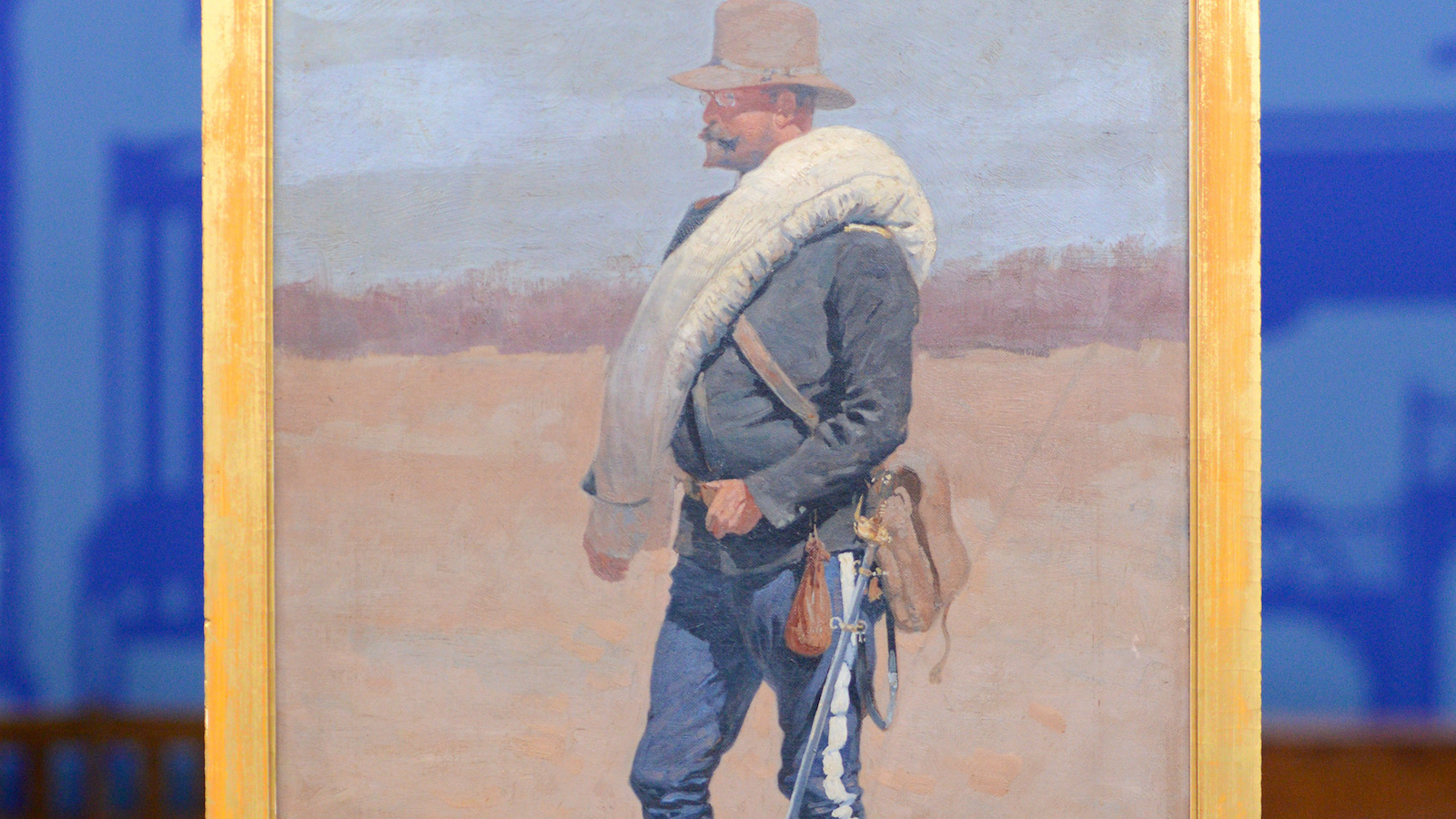 In 1938, the Dodge family obtained an 1896 Remington portrait from the Frederic Remington Museum of Art in Ogdensburg, New York, in exchange for a Remington illustration. Several decades later, the trustees of the museum came to a shocking realization regarding the authentication of the pieces exchanged. Read the story of how one ANTIQUES ROADSHOW appraisal brought the incident to light. 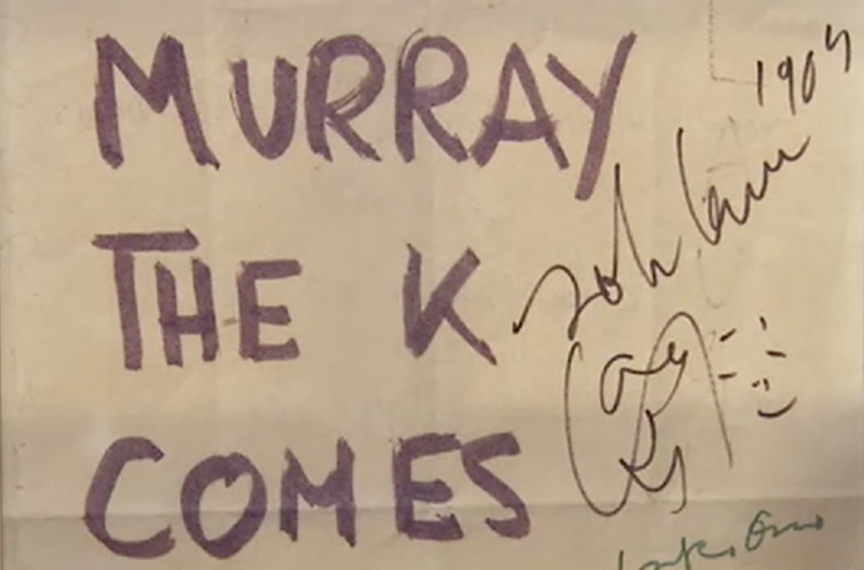 During ROADSHOW’s 2014 New York City event, one Beatles fan named Ted got the surprise of a lifetime when Collectibles appraiser Laura Woolley told him his John Lennon-autographed sign — which he’d paid just $350 for at auction in the ‘80s — was now worth $50,000 to $75,000. Watch Woolley reminisce about her experience appraising the sign and learn why Ted’s first auction purchase was such a lucky one.

Long Hair and Murray the K 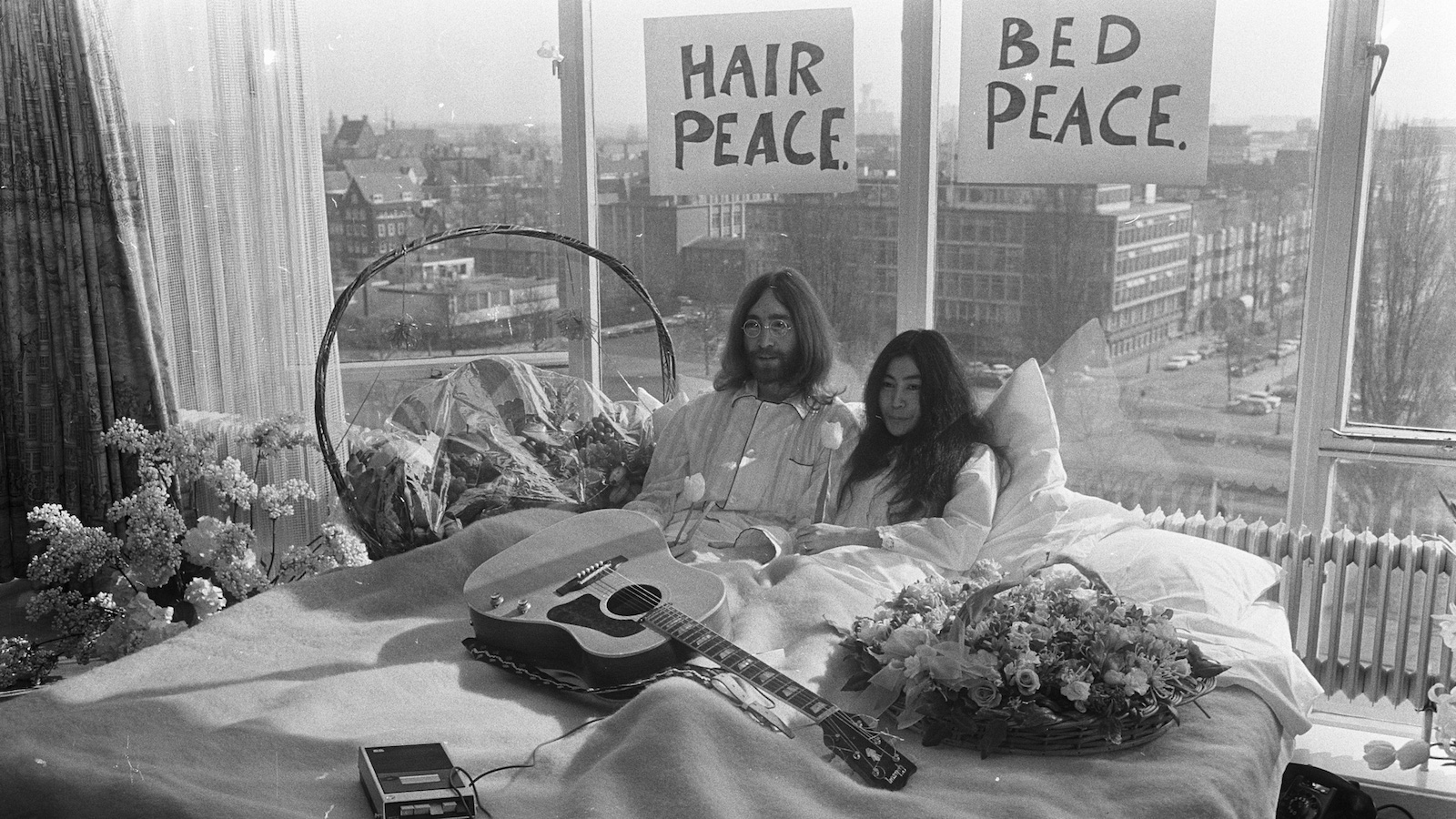 In 2014, a guest named Ted brought in a hand-drawn sign to ROADSHOW that read “Murray the K Comes on Monday" — written by John Lennon in 1969. While Ted may have been an avid Beatles music fan, it was Lennon’s activist work that made this sign so significant. Read more on the era and events surrounding the sign. 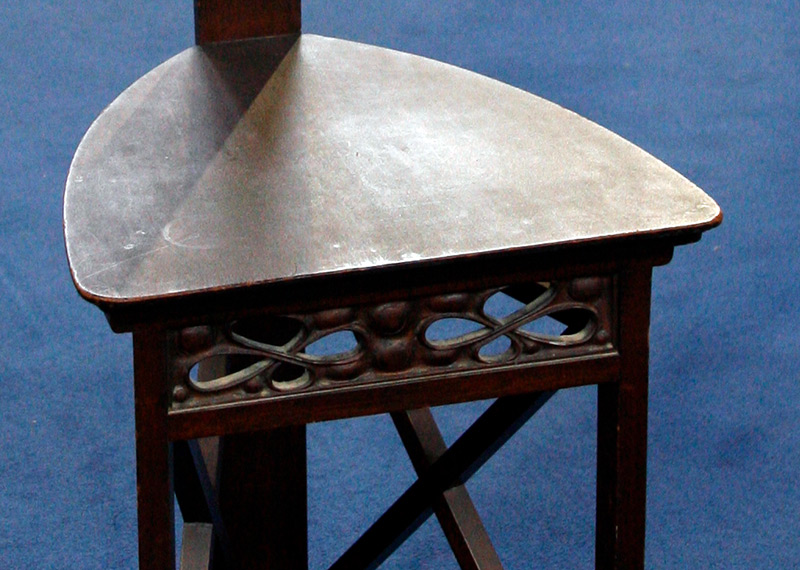 At John Sollo’s first-ever ROADSHOW event he met a darling guest named Nancy and discovered an exotic and extremely rare mahogany chair lived for many years — unloved and unused — in Nancy’s mother’s attic. When to Nancy’s astonishment Sollo appraised it for $80,000 to $120,000, they each nearly needed to sit down. Here, join both of them again as they reunite to chat about their initial 2006 meeting in Philadelphia, and Nancy shares the bittersweet story of what happened after that. 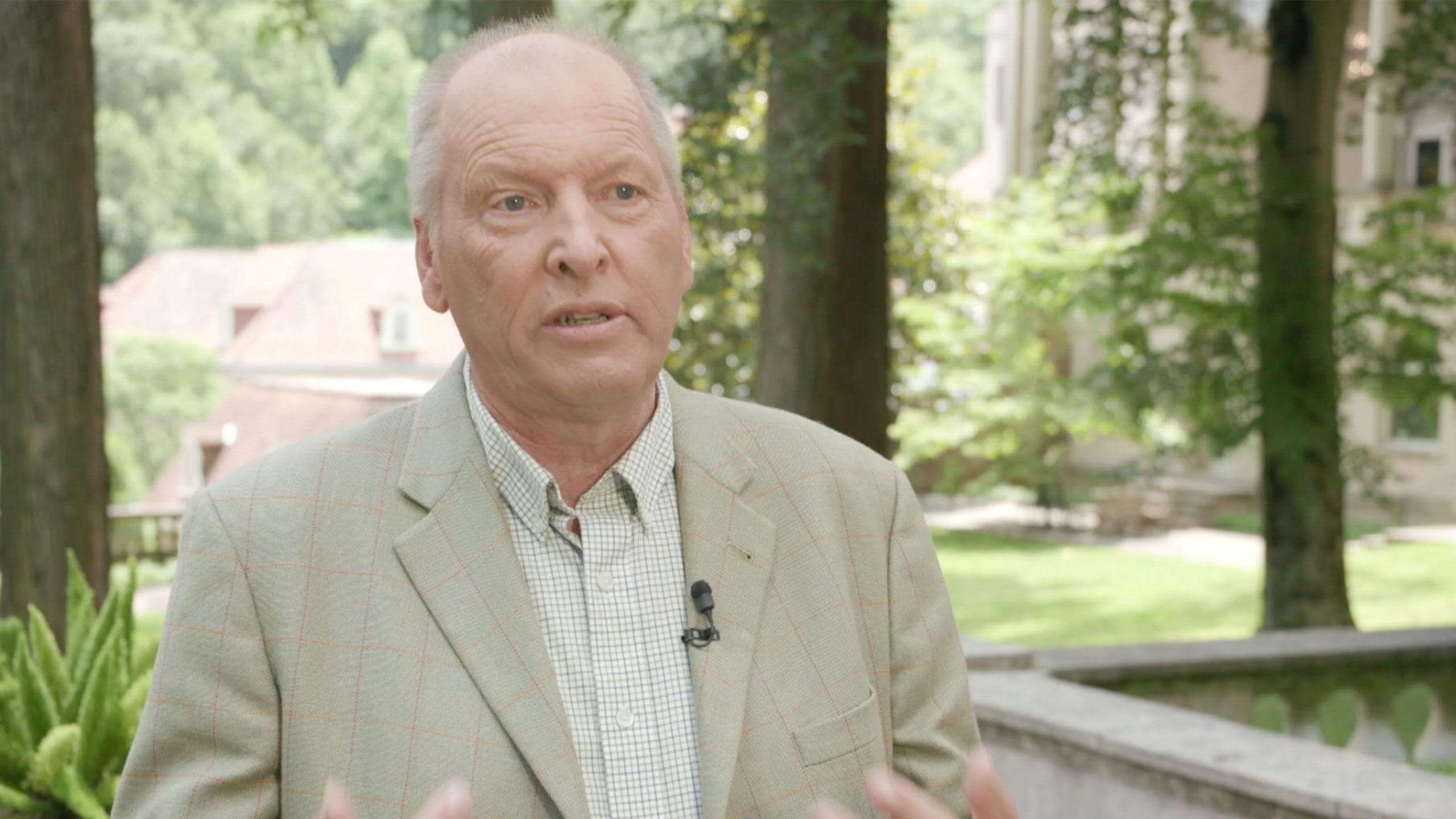 Just who was the designer of Nancy's enigmatic chair? 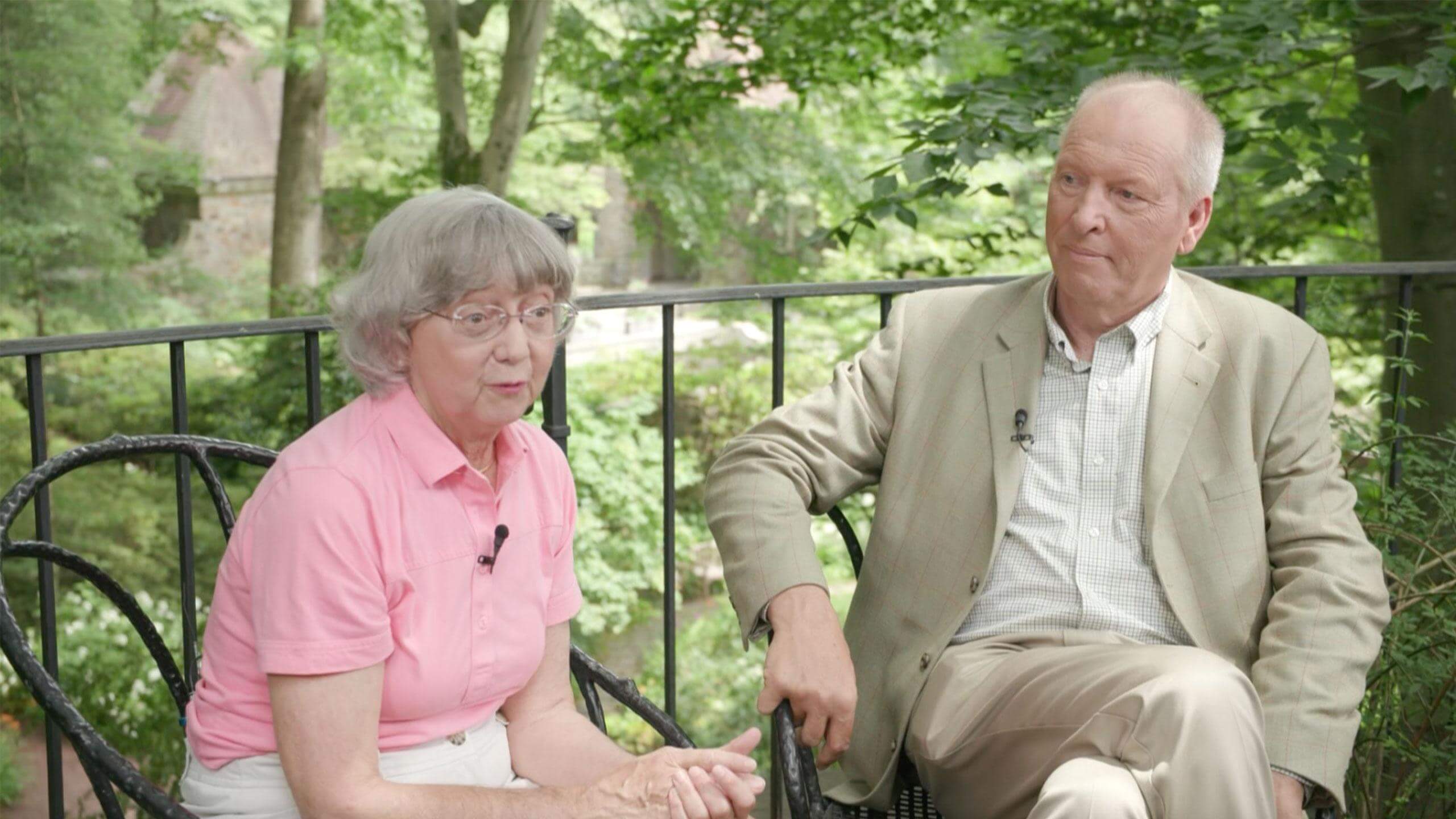 Hear from our guest, Nancy, as she speaks to her family's history with a Charles Rohlfs masterpiece. 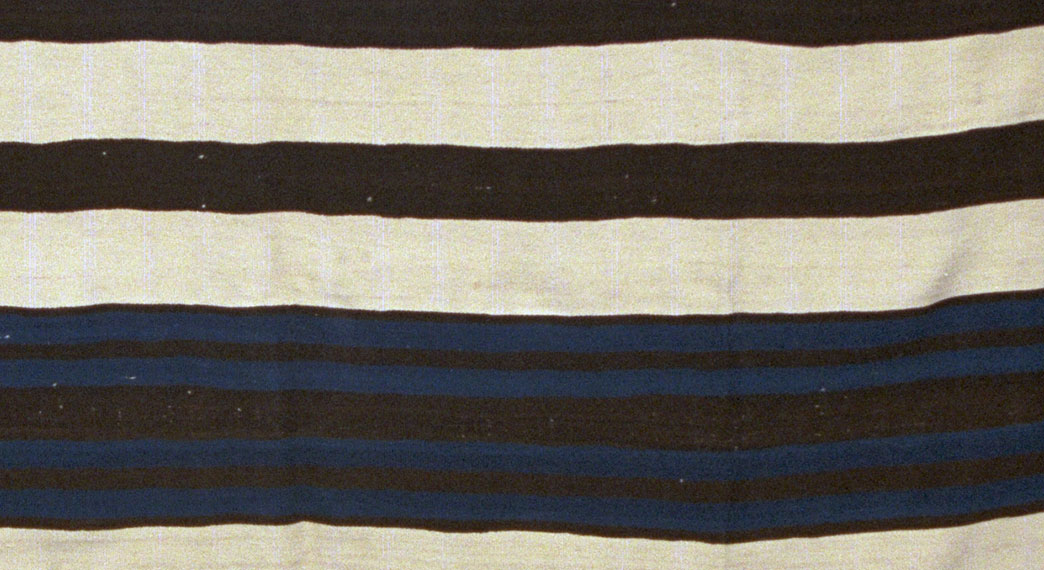 When appraiser John Buxton was at the Tribal Arts table during the 2001 ROADSHOW event in Tucson, he was unprepared for the “national treasure” he was about to discover. Watch as he recounts the touching, fateful day when he and colleague Don Ellis met Ted and appraised his rare Navajo Ute First Phase chief’s blanket for an astounding $350,000 to $500,000 — a moment that would become an unforgettable landmark in ROADSHOW history. Here, Buxton and Ted reflect on the historic and personal significance of this incredible discovery.

Who was Kit Carson? 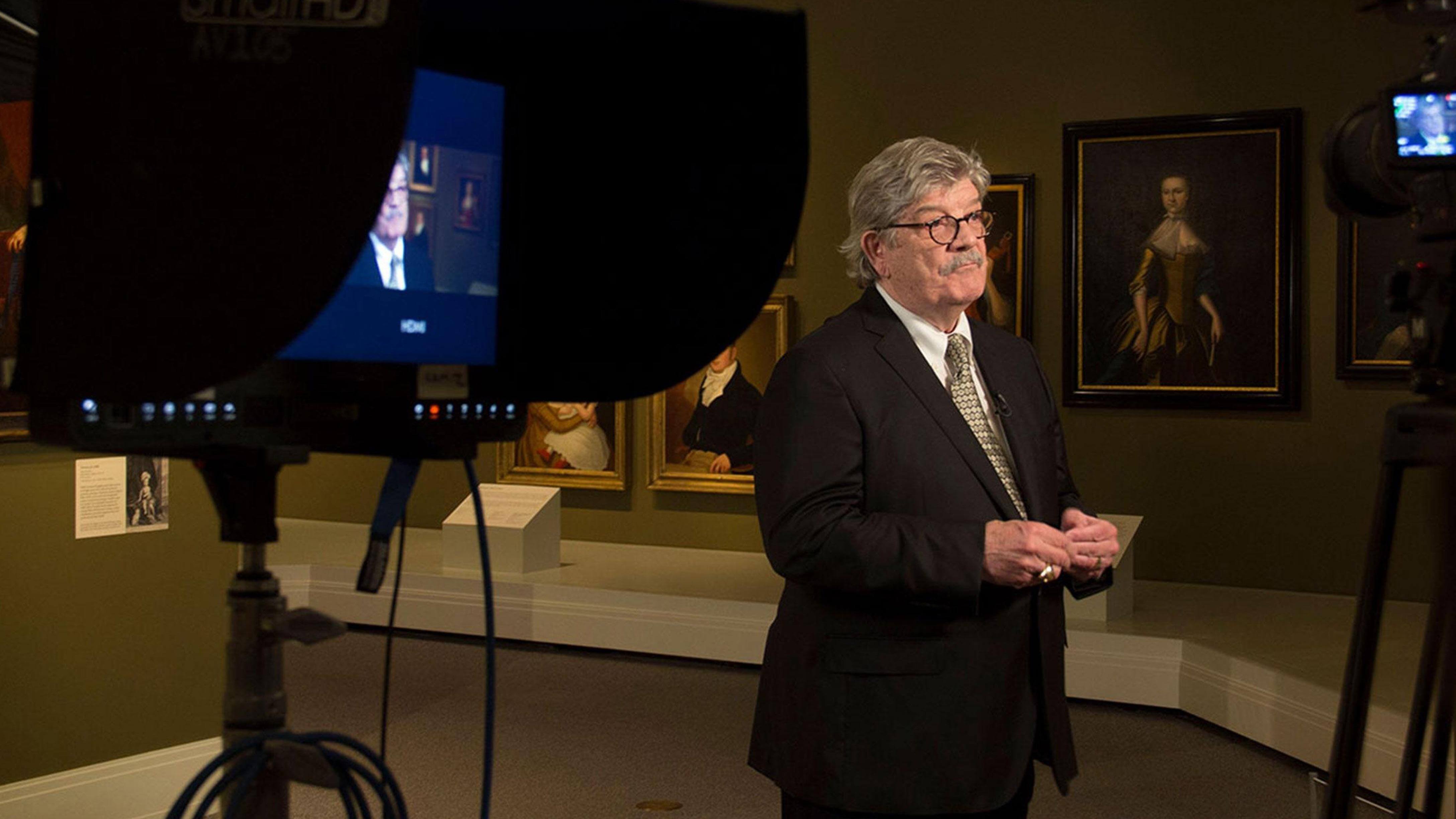 Learn more about U.S. General Kit Carson and how he relates to the story of the Ted's Navajo Ute First Phase Blanket. 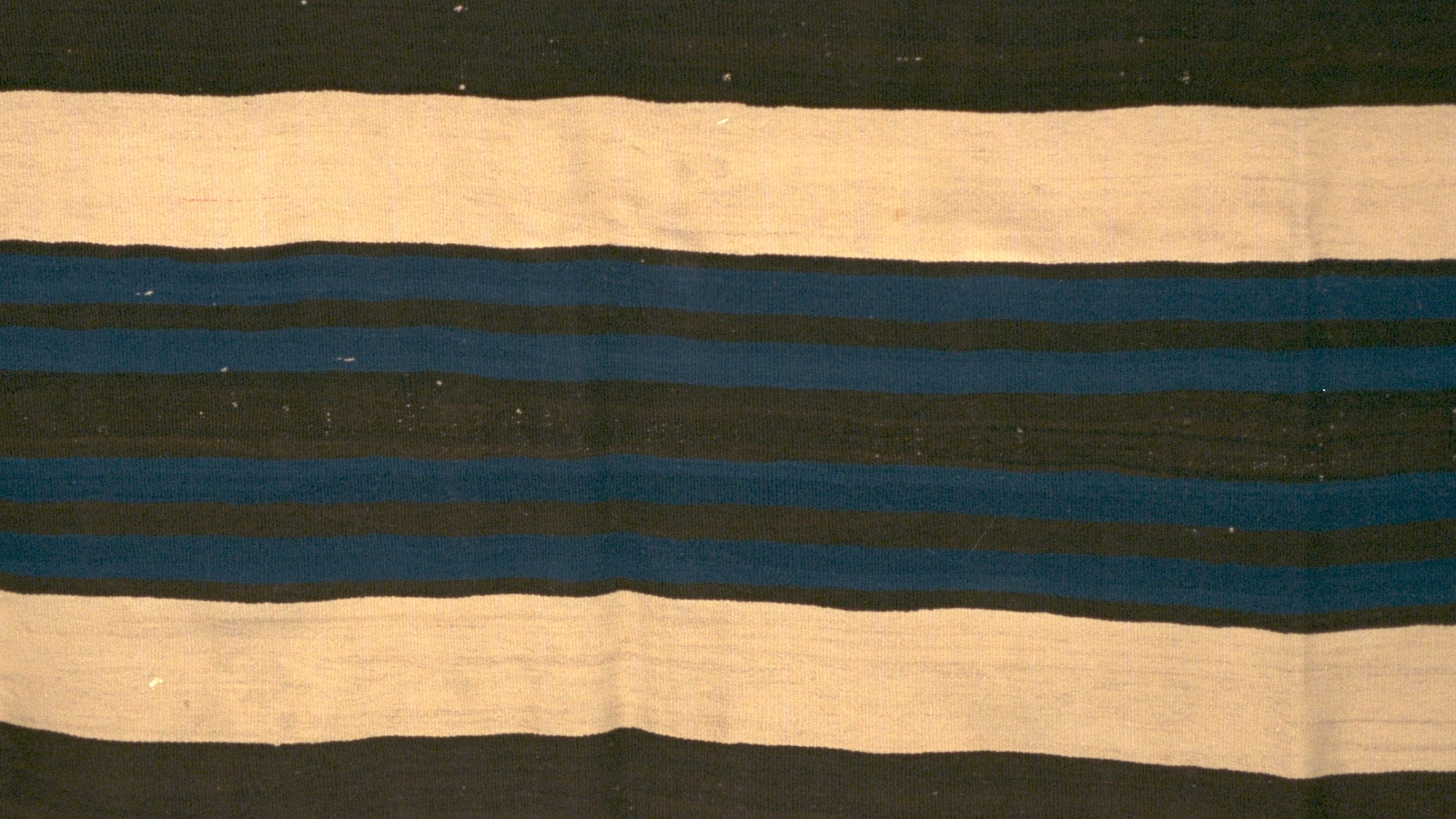 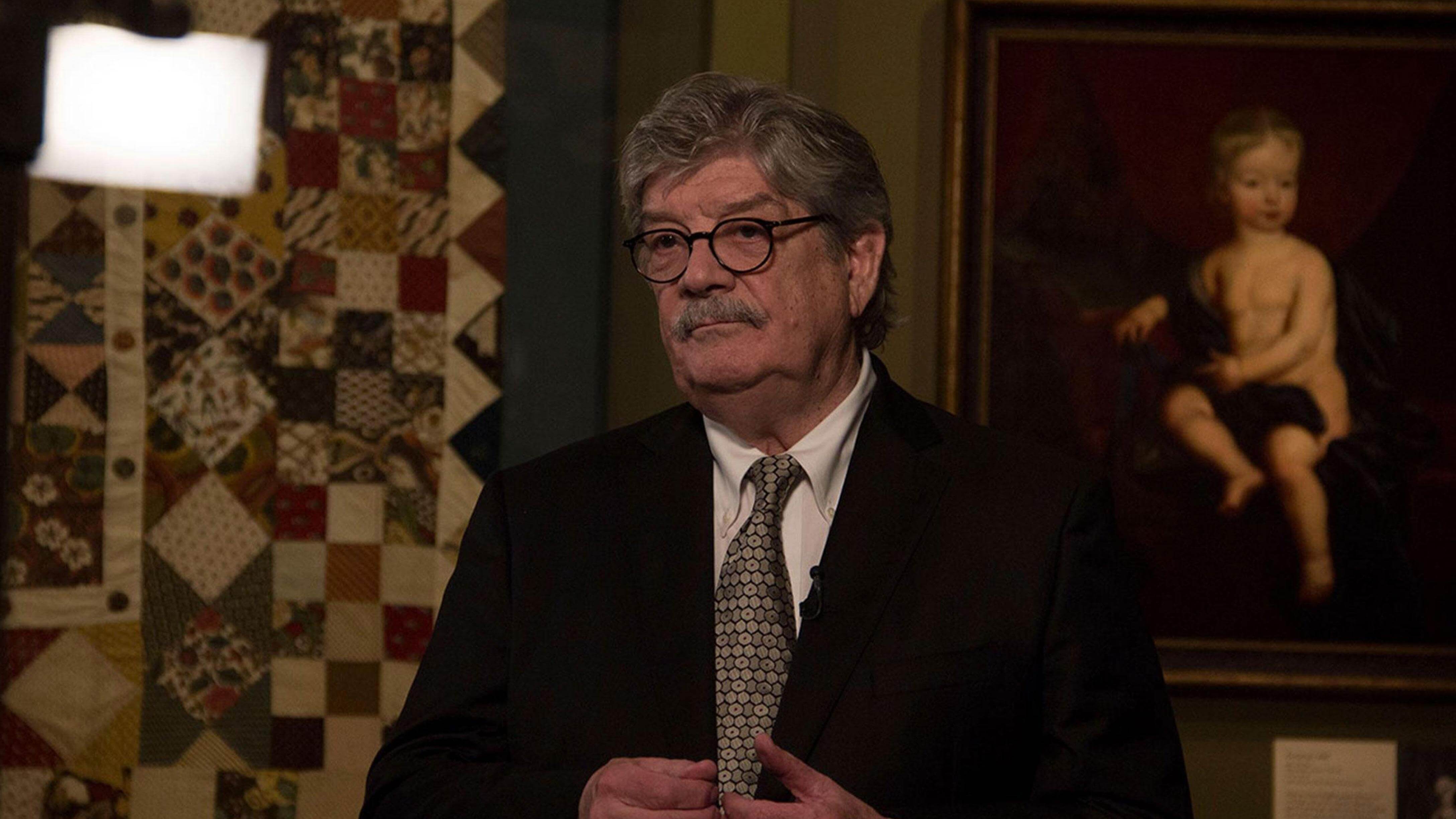 Learn more from John Buxton about what distinguishes a Navajo first-phase blanket from a second and a third.

These buttons will sometimes appear during the episode. Selecting them will pause the episode to let you enjoy bonus content.

Click “X” to pick up watching where you left off.