The Normandie — A Legend Undiminished 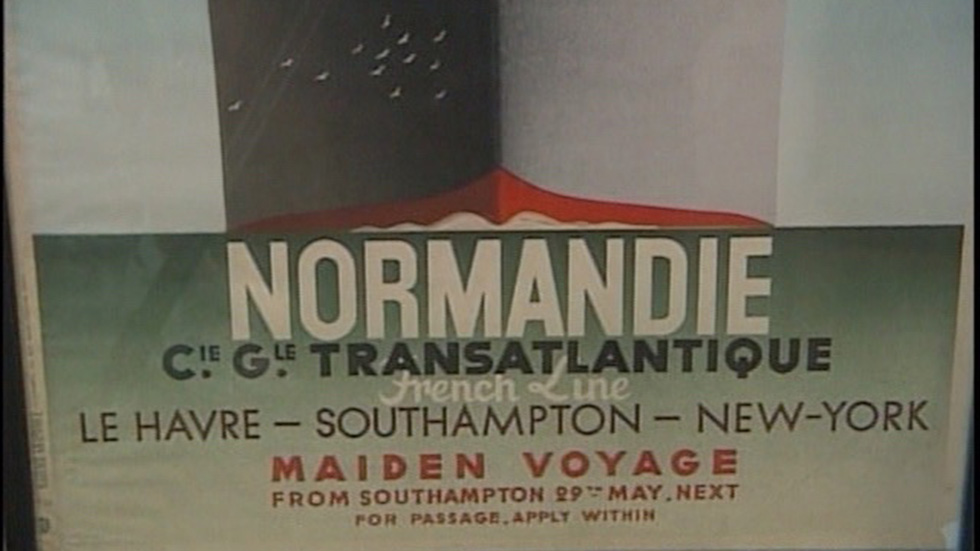 Before the age of air travel, transatlantic ocean liners were a source of national pride and intense rivalry among a number of European powers.

Christened this January, the Queen Mary 2, newest star of the storied Cunard line, is a ship of superlatives. No less than twice the size of her elegant older sister, the QE2, the QM2 is — at least for the moment — the longest, tallest, broadest, heaviest, most expensive passenger liner ever built.

The culmination of five years of design and construction, the QM2 was manufactured by a French shipyard familiar with oceangoing excellence: the Chantiers de l'Atlantique in the port city of Saint-Nazaire. More than 70 years ago, the Chantiers de l'Atlantique were shipwrights of another exalted liner, the Normandie, a ship that in its time set new standards for size, speed, and, most lastingly, stylish luxury — but whose lifespan at sea proved all too short.

Before the age of air travel, transatlantic ocean liners were a source of national pride and intense rivalry among a number of European powers. Great Britain, France, Holland, Germany, and Italy have all at one time or another fielded liners heralded for their phenomenal size, speed, stability or grandeur. In the mid-1800s, as the development of steam power made sailing ships obsolescent, mounting competition to build the fastest liner gave rise to the "Blue Riband" — a moveable award that was touted, and capitalized upon, by the leading shipping company for as long as its ship could claim the swiftest transatlantic crossing. Profits derived from luxury passages, bought by the upper classes, also drove decades of one-upmanship in the design of these gigantic ships' evermore opulent accommodations. 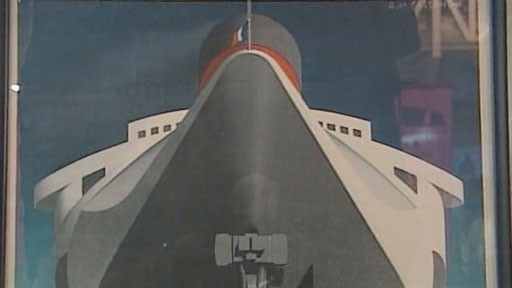 In the late 1920s, the French Line envisioned a new ship that would once again shatter all the records: it would be bigger, faster, and more luxurious than any passenger vessel that had sailed before it. Construction of the liner began at the Saint-Nazaire shipyard in 1931. Christened Normandie, the prodigious ship was launched in October 1932 by Madame Lebrun, the First Lady of France.

But a shadow, it now seems, was already drawing across the Normandie's bow. The collapse of the U.S. stock market in 1929 had entrained a wave of economic turmoil throughout a Europe that was still recovering from the ravages of world war. Final construction and fitting-out could not be completed on schedule, and the Normandie's maiden voyage was delayed until spring of 1935 — just four short years before Germany's invasion of Poland was to ignite World War II.

Nevertheless, from her first transatlantic trip, the Normandie clearly represented a new acme of maritime achievement. She was the first liner over 1,000 feet in length, with a gross tonnage of almost 80,000. On her very first crossing from Le Havre to New York City, she won the coveted Blue Riband from the Italian ship Rex. Yet, naturally, these glories were fleeting; after all, such things as a ship's length or speed are little more than benchmarks for rivals to single-mindedly pursue. It was the Normandie's unparalleled splendor that would make her an icon in the history of ocean liners.

Art Deco of the Waves

At the turn of the 20th century the predominant mode of interior décor — especially of the large ocean liners — was period revival. The austere conditions of steerage, which transported millions of European emigrants to America over just a few decades, had not yet been replaced by the modestly well-appointed "third-class" accommodations that tourists know today. As far as transatlantic travel was concerned, there were only the haves and the have-nots, and hardly anything in between. So for travelers of means, the finest ships' dining rooms, great halls, and lounges composed ornate symphonies of homage to history's most sumptuous styles. By the mid-1910s, however, the French, famous for their highly developed sense of style, were beginning to explore the possibilities of an altogether new mode of design — a style we've come to know as Art Deco.

Rudy Franchi, who appraised the deck plans and ship brochures brought in to the Savannah ROADSHOW, has in fact called the Normandie and the furnishings that survived her "the ultimate expression of the whole [Art Deco] movement."

The Normandie's best state rooms, replete with modern amenities, were also adorned with the new style's potent lines, bright upholsteries, etched glass, and unusual woods. The renowned René Lalique designed many of the ship's chandeliers and light fittings. And the armchair that J. Michael Flanigan appraised in Savannah serves as a fine specimen of the ship's dynamic Deco furniture. Moreover, structural innovations in shipbuilding — such as running the smoke-funnel ducts up the sides of the ship, rather than straight through the middle — allowed interior designers more freedom than ever in arranging the Normandie's public spaces. Promenades, salons, and the majestic, air-conditioned dining room could now be larger, airier, more impressive. From the stage, the ship's theatre enjoyed a sweeping, uninterrupted vista out to sea. And for five years, she remained a paragon of gracious transatlantic travel.

But sadly, the glory of the Normandie was not to last. Scheduled to sail from New York Harbor the day before war erupted in Europe, the Normandie was detained while authorities searched her for hidden arms and munitions. She never made her departure.

Over the next two years the ship languished in the harbor, till the United States joined the war. With France under German occupation, the U.S. Coast Guard seized the Normandie, and in December 1941 the Navy began work to refit her as an Allied troopship under the name USS Lafayette.

But she did not get a chance to prove herself on the newly hostile seas. The enormous conversion was still underway in February 1942 when disaster struck — not in the form of a German torpedo, but of a welder's torch. Sparks from the torch of a nearby workman set light to a stack of lifejackets, and a terrific fire soon spread through the ship. Naval firefighters were eventually able to extinguish the flames, but in the process, so much water had been pumped into the upper decks that the once grand ship, barely 7 years old, began to list to her port side. By morning, she was capsized and foundered in the harbor.

Almost at once, the Navy set about to salvage her. The water was pumped out of the ship's hull and by October 1943, the Navy had righted her. But the time of the Normandie's usefulness was apparently past. Luckily, most of the Normandie's elegant furnishings had been removed and were sold off; they still abound on the market today. The entire ship was sold to the Lipsett Scrapyard in New Jersey for a little over $160,000. In 1967, 25 years after she sank, the Normandie's final scrap was hoisted from the water, her legend undiminished.

For more on this subject, see:
Picture History of the Normandie: With 190 Illustrations, by Frank O. Braynard, Dover Publications, Inc., 1987.