The Tafoyas: Legends of Pueblo Pottery 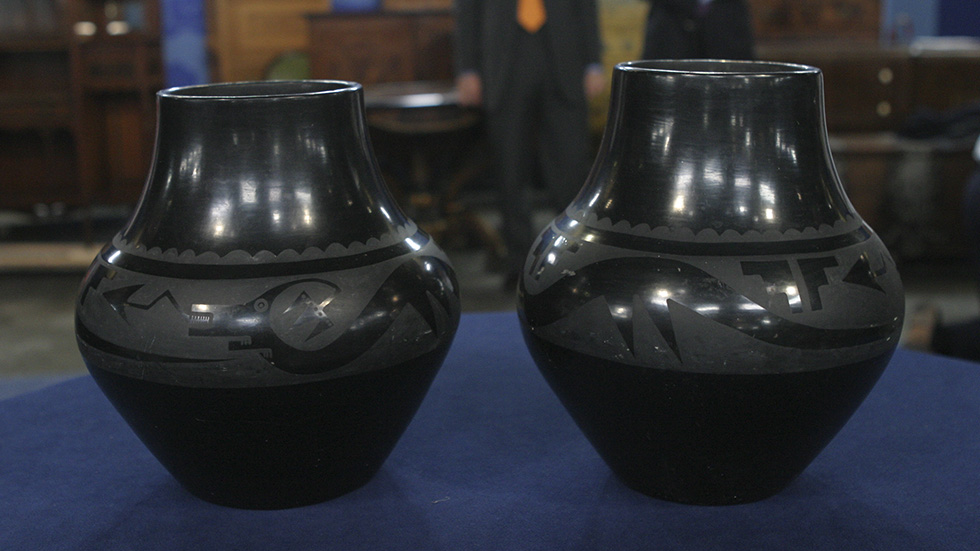 More on this well-known family of potters.

At the St. Paul, Minnesota, ANTIQUES ROADSHOW, a man brought in a pair of exquisite black pots that his mother was given as gifts in 1957 while she was on a road trip in New Mexico with her family. The pots were made in the late 1920s or early 1930s by one of the master potters of the Pueblo tradition, Maria Martinez, who lived in the San Ildefonso Pueblo. The ROADSHOW guest said his mother was given the gifts while she was visiting the home of a family with "the name Tafoya."

We asked Bruce Shackelford, from San Antonio, Texas, a specialist in Indian art and culture, just who the Tafoyas were. It turns out the Tafoyas were — and still are — a well-known family of potters in their own right.

"The Tafoyas did know Maria and Julian Martinez," explained Bruce, referring to Maria and her husband, who painted many of Maria's early pots. "They lived just across the fence from each other." 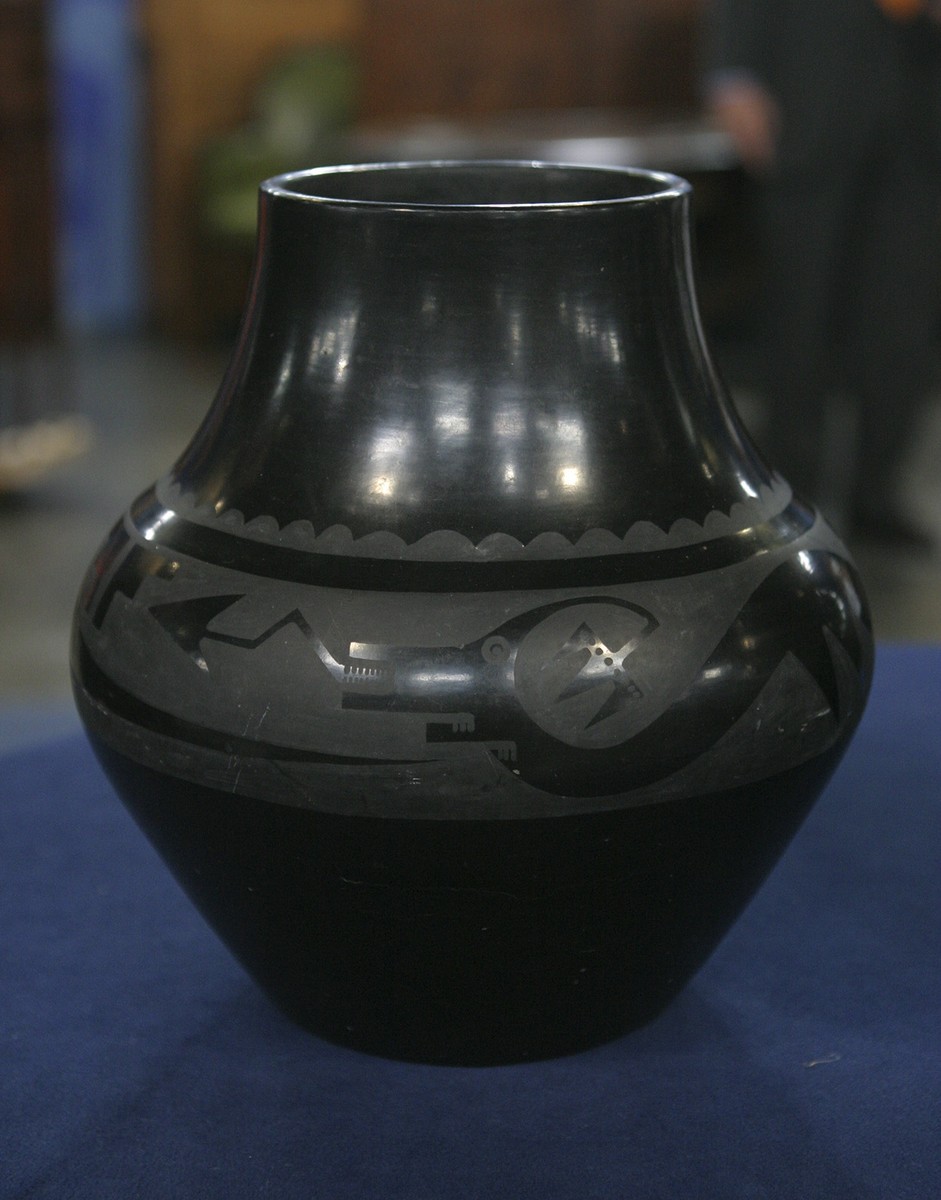 Perhaps the most influential potter among the Pueblo in the early 1900s was Sarafina Tafoya, who is often credited with developing the style now associated with the village. She made highly polished red or black monochrome pots decorated with modeled, impressed, or deeply carved designs. Sarafina is the one who taught the art of pottery to her daughter Margaret — who was probably the Tafoya matriarch at the time the pair of pots that showed up in St. Paul were given.

Margaret was making pots in the 1920s and 1930s and was part of a revival of traditional clay pot-making among the Pueblo at the time. These Pueblo potters — including Maria Martinez, Lucy Martin Lewis of Acoma, and Helen Cordero of Cochita — began making large vessels that were more artistic than utilitarian. Rather than making their pots on a potter's wheel, they built them by stacking one "sausage" of clay upon another, as it had been done for centuries among the Pueblo. When the coiling was completed, they smoothed the interior and exterior of the pots, coated them with a slip — a watery clay substance — and then polished, decorated, and fired them. Margaret Tafoya was known for the special attention she gave to creating an unusual polish, a finish that resulted from the local clay and ash she used, the kind of slip she added, plus many hours spent polishing the pots with stones. To get the black finish, which is another feature associated with both Santa Clara and San Ildefonso, Margaret fired her pots with pine slabs and horse manure.

"The process is called reduction firing," Bruce adds. "They get the black by reducing the amount of oxygen in the kiln during the firing process."

Much later in life, Margaret became a celebrity in the world of pottery, and her children and other descendants became known as skilled potters as well. Margaret's daughter, Toni Roller, recently told the Albuquerque Journal that even in her later years (Margaret died at 97 in 2001) she would attend the annual Santa Fe Indian Market.

"People would come from all over the world," Roller said. "They'd bring their Margaret Tafoya pots and have their picture taken with her. ... She'd be in her best ceremonial dress and she'd ride up on one of the grandson's cars, and people would gather around and take pictures and applaud. It was like watching a movie star arrive at a premiere."