Hopkins Watercolor: Was the Guest Right? 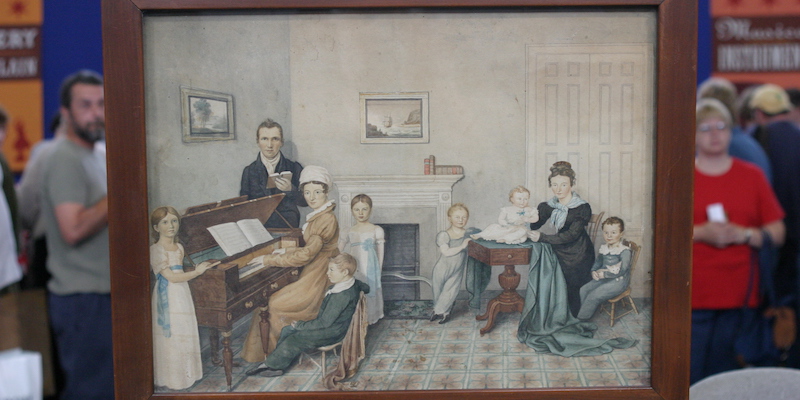 Paintings appraiser Karen Keane follows up on the origins of a beautiful family portrait.

When generalist appraiser Karen Keane from Skinner, Inc. first appraised this family portrait on ANTIQUES ROADSHOW, the owner told her that it was painted circa 1825 by her great, great grandfather, John Henry Hopkins, who was an Episcopal minister and one of the subjects pictured in the painting.

Yet Karen was not convinced by the story, knowing that family folklore passed down through the generations is often times based more on fiction than fact.

"The portrait was beautifully and meticulously painted in nearly every detail," Karen noted. "It looked like the work of a highly skilled and technically trained artist, not a minister."

She was so intrigued with the portrait that after the show she took it upon herself to further research the painter, John Henry Hopkins. Much to her surprise Karen discovered that he was, in fact, both an accomplished artist as well as the Episcopal Bishop of Vermont. Best known for his landscapes and flower pictures, Hopkins' work is documented in several books on American artists, and he can be found listed on several art search engines on the Web. 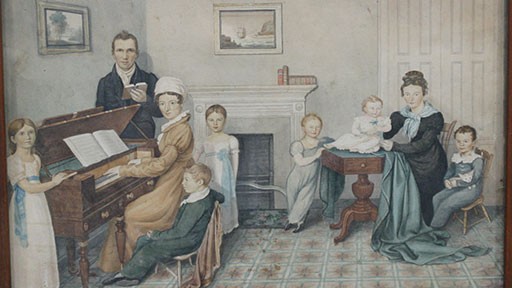 As it turns out, Hopkins produced The Vermont Drawing Book of Flowers in 1847 and also ran a lithography company, engaging his children during their free evening hours to help hand-color the prints for his books. He had taught art at a school his mother ran for girls in Philadelphia during his younger days. He had also worked for Alexander Wilson in Philadelphia on his American Ornithology, which was published in 1808.

So can we say for certain that the Hopkins family folklore surrounding this portrait was, in fact, true? 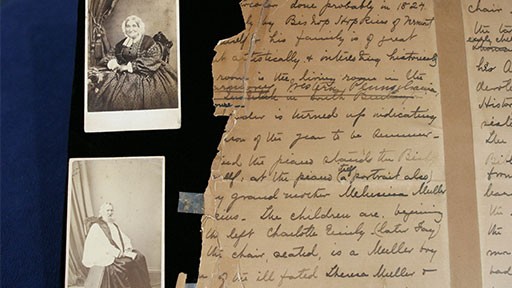 "Well that's still a bit of a leap," says Karen. "Certainly, knowing this information does establish that he had the technical ability to create such a thing, and while we still cannot state emphatically that this portrait was the work of Hopkins, having the family story and several pieces of supporting documentation go a long way towards establishing a very high probability that the work was painted by John Henry Hopkins."

Perhaps the most telling sign is that when one compares this portrait to other examples of Hopkins' work, they both show a meticulous, even minute, attention to detail.

Continues Karen, "He was known for his very careful drawings. One can see that the techniques employed for both the family portrait and his flower paintings are surprisingly similar. Even given the difference of subject matter, a consistency of style emerges."

But because the portrait is not signed, it should still be referred to as a work "attributed to" a particular artist. That means that there's a strong chance it was painted by the artist in question, but we cannot say for certain.