Elk Antler ... and a Little Bit of Moose 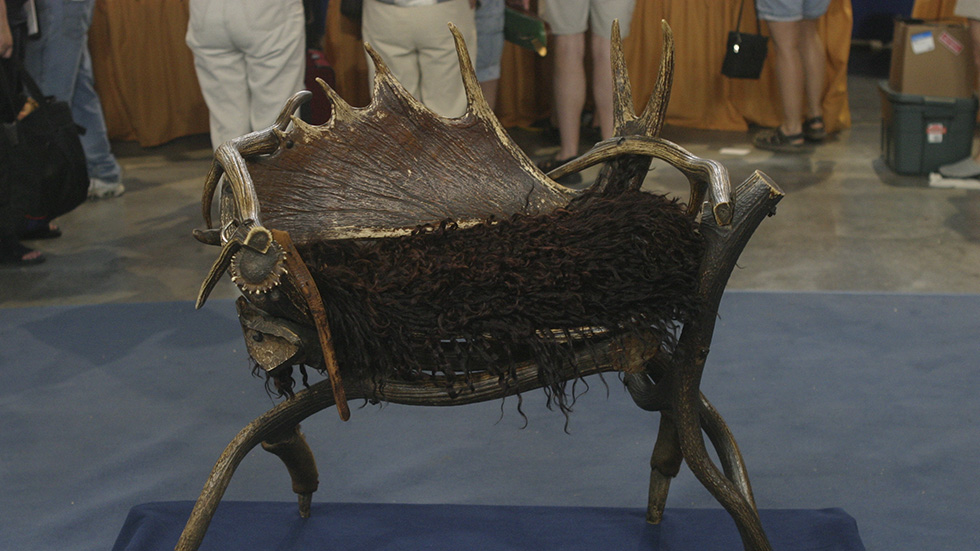 Come to find out, that peculiar chair in Omaha was made of more than just one kind of antler.

Furniture appraiser John Hays was so fascinated by the elk antlers adorning a frontier chair brought to the Omaha ANTIQUES ROADHSOW in the summer of 2004 that he forgot to mention the moose antlers also decorating the piece.

"I described it as an 'elk antler chair,' but the seat obviously had a big fat moose antler," John explained. He said he didn't mention the moose antlers on-air partly because moose and their sizeable antlers were so common in the 19th century. Large elk and their antlers, however, fueled the dreams of most American game hunters.

"The sheer size of this elk antler was sensational," said John, who noted that its enormous spread evidenced the chair's age. "It was almost a unicorn kind of thing, looking back at an animal that roamed the wilderness in the 19th century. That size of elk is gone, as are the massive herds of buffalo."

John maintains that the elk antlers are what actually give the piece its value; a similar chair made of moose antlers alone would be "as common as lobster at a Maine beach resort," he said.

Watch the appraisal again in our Appraisals Archive!