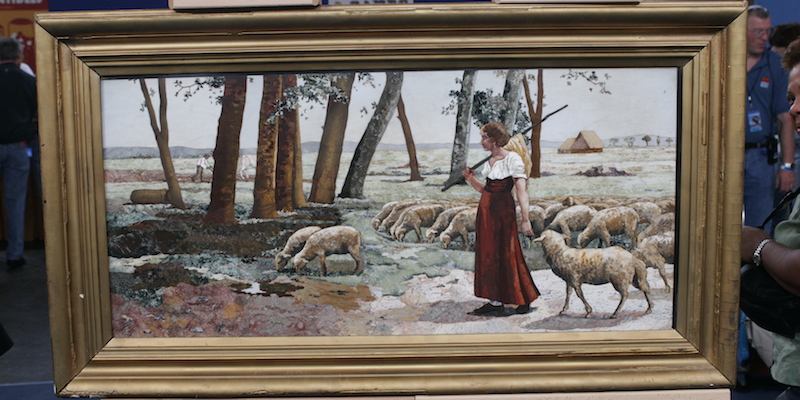 This stunning work of stone inlay is so intricate, at first the expert mistook it for a painting. More on the history of this impressive technique.

When appraiser Beth Szescila from Houston, Texas, saw what looked like a painting of a shepherdess and her flock coming toward the decorative arts table at the Tampa ANTIQUES ROADSHOW, she walked out to the owner to tell him he was in the wrong line. Beth was about to point him toward the cue for the painting appraiser when she saw up close that the work wasn't a painting at all. 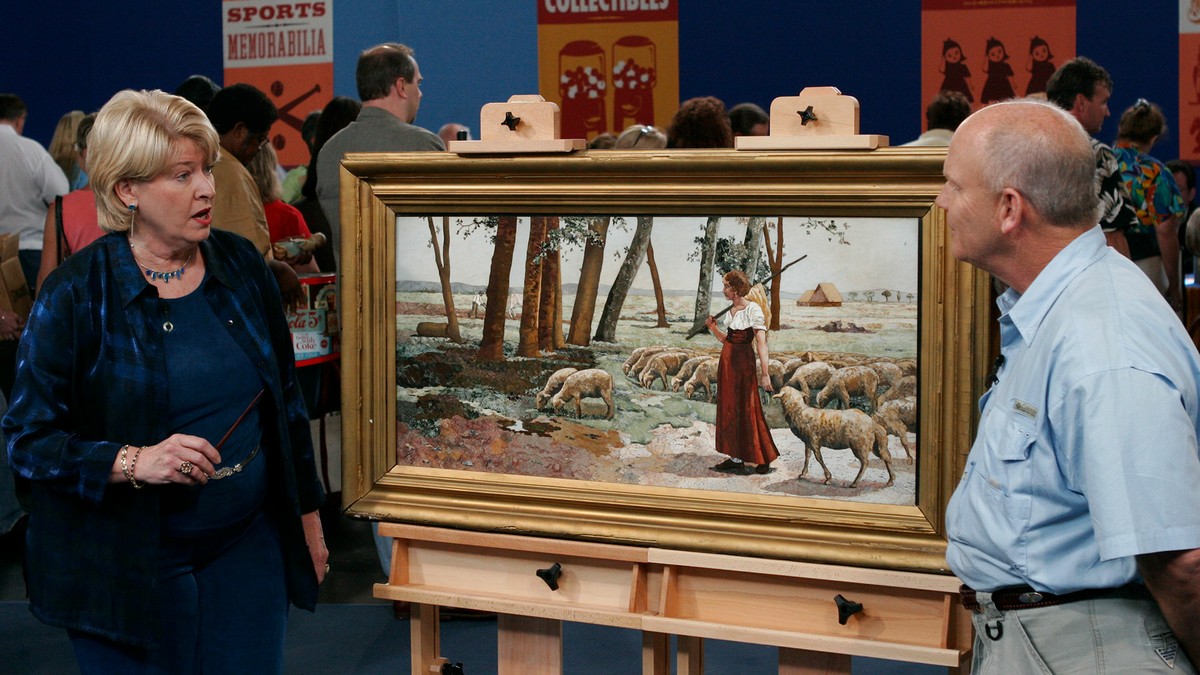 From a distance this picture looks just like an oil painting—which is exactly what Beth thought it was at first.

Instead, Beth told the man, it's "pietra dura."

Pietra dura is an Italian phrase that means "hard stone," and usually refers to the technique of creating intricate inlaid pictures from shaped colored stones. The stones used are usually silicates, including agates, alabaster, amethyst, jade, jasper, lapis lazuli, malachite, onyx, and topaz. The craft, developed in antiquity, originally consisted of shaping stones with small saws, wires and other metal instruments and adding them to decorative objects such as vases or small sculptures. The art was revived during the Renaissance by Italian craftsmen and the first hard-stone workshop was established by the Medici family in Florence in 1588. The art was also practiced at the courts of Naples, Madrid, Prague, Paris and elsewhere. From the late 16th century, the colorful stones were arranged on furniture as landscapes and flower scenes.

"You see it most often on tabletops and drawer fronts," Beth says.

Even up close, it's difficult to discern the finely crafted pieces of colored stone that form the overall image.

While the common belief is that the art form originated in Italy, some scholars argue that it had an Indian origin, or at least an independent history in that country. A beautiful and famous example of pietra dura is the Taj Mahal, finished in 1643. In commissioning it the Mughal emperor Shah Jahan had asked for precious stones to be inlaid in white marble. The result was some of the most impressive pietra dura architectural designs ever crafted.

"The inlaying of stone into stone is an ancient Indian tradition," says art historian Milo Beach. "The inlaying of many different kinds of colored stones in intricate patterns that depict flowers is something that was developed late in the reign of Shah Jahan's father, Jahangir, and came into maturity under Shah Jahan himself." 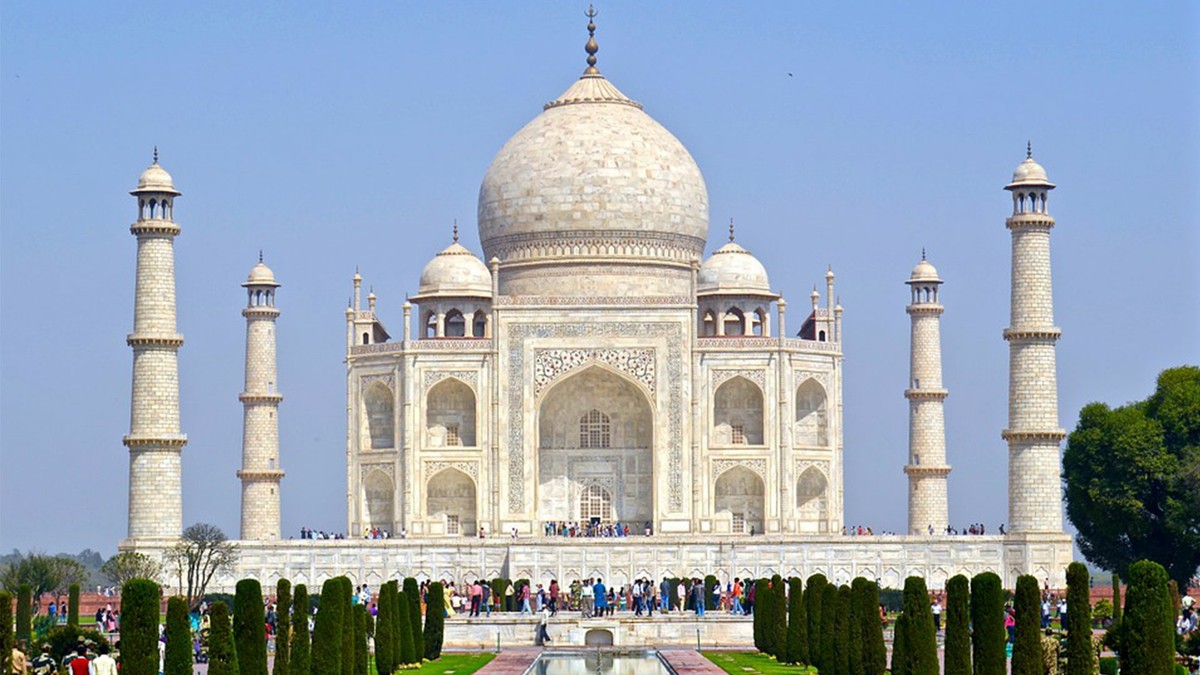 But the gentleman who brought the pietra dura mural to the ANTIQUES ROADSHOW believed it was made not by Italians or Indians, but by Russians. Family folklore has it that the owner's grandfather, who helped bring tractors to Russian farming, was given the piece by the Russian leader Josef Stalin about 60 years ago. But Beth and the other ANTQUES ROADSHOW experts all judged the work as Italian.

"We were going by the types of stone and the workmanship," explains Beth. "It was mostly Italian marble and it was the kind of work you see done in Italy for the decorative arts market." She figured the piece, which is a depiction of a French print, was made around 1900.

But beyond that, Beth had a hard time estimating the value of the art. It was the largest pietra dura she had ever seen, and it took several people to lift it from the wagon stand it was placed on to tape the ROADSHOW segment. After consulting with her colleagues, Beth estimated that it would sell for between $5,000 to $7,000 at auction, and maybe $10,000 to $15,000 at an upscale antiques shop. "The process is very labor-intensive," she explained. "That's why it's so valuable." And if the owner could find proof of the Stalin provenance, Beth told him, the value might double.

"If it was Russian-made, it would be even more valuable," Beth said, "Russian items are really hot right now."