Rudy Franchi said this poster was rare because it was larger than most modern political posters, and in excellent condition — a rarity itself among political posters.
Support provided by: Learn more

ANTIQUES ROADSHOW appraiser Rudy Franchi gives the inside scoop on the fragile market of political ephemera.

People sometimes think of antiques and collectibles as having values as hard as marble, but those in the business know that they're as fluid as, well, the market. That is especially true of political ephemera, the paper, poster, and button trail left by political campaigns famous and infamous. It's a point that collectibles expert Rudy Franchi made at the June 2008 ANTIQUES ROADSHOW in Dallas.

There, a guest brought in a John F. Kennedy poster that Franchi said would sell at a political ephemera auction for about $6,000 to $8,000. That's because it was in excellent condition and was much larger than nearly all modern political posters, which were usually made smaller so they could be placed on placards and waved at rallies. 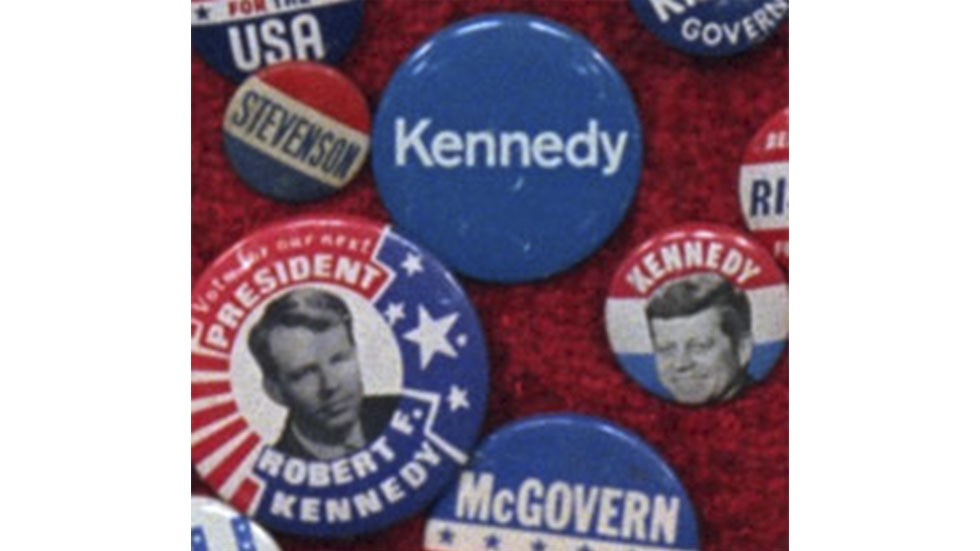 Because of his consistent popularity and mystique, President John F. Kennedy memorabilia is almost always more valuable than that of other presidents.

The second-shelf status of political posters changed when the prices for political buttons — the gold coins of political ephemera — went into the stratosphere during the 1990s. A good McKinley-Roosevelt button, for example, that would have sold for $80 to $100 in the 1980s sold for $1,200 to $1,400 in the 1990s. "Collectors said, 'Hey, these posters aren't bad.'" Franchi remembers selling some fine posters of Al Smith, the 1928 Democratic candidate for president for $20 or $30 in the early 1990s. Now the same posters sell for $600 or $700.

But Franchi points out that although prices of modern political posters have appreciated, they aren't stable. "It's what we call a 'fragile market,'" Franchi says. That's because there's a limited demand for much of political ephemera, no matter how rare it is.

"There aren't a huge number of buyers of this stuff," Franchi explains. "There are some well-heeled and enthusiastic buyers, but once they buy, it's done." Franchi also notes that "there's a big difference between scarcity and rarity. It can be a big deal to find a large Jimmy Carter poster, but you don't find many people who want them. They cost $20."

Because of the limited demand, values can dissipate with even moderate increases in supplies, a phenomenon not specific to political ephemera. Sometimes that increase in supply can even be triggered by an ANTIQUES ROADSHOW appraisal — Franchi calls it the "ROADSHOW effect" — which he says he witnessed as far back as the show's second season, which aired in 1997. He valued a set of early Beatles bobble-heads on-air for $3,000 to $4,000, but as soon as the show aired, people all over the country began plucking similar sets from basements and closets.

"It was amazing that so many people had bought them and put them away," Franchi says, adding that the sudden glut of Beatles bobble-head sets dropped values to the $800 to $1,000 range.

"'Unique' is not really a word you can use for antiques and collectibles, perhaps except for 'The Last Supper,' because it's painted on a wall," Franchi says.

Because of their price vulnerability, dealers of political ephemera often consult with each other to prevent flooding the market — and depressing prices — with buttons or posters. "They run kind of an OPEC with these items," Franchi explains, referring to the international cartel of oil-producing countries. "They'll say, 'I have 50 of these Roosevelt third-term buttons,' and they'll talk to each other about when they'll release them." Dealers are allowed to control supplies this way, Franchi notes, as opposed to price-fixing, which is illegal.

In the case of the Kennedy poster, the gentleman who brought in the poster told Franchi he thought he had perhaps six to 12 more at home that he had gathered while president of the Young Democrats at the University of North Texas in 1960. "That would burn through the top few collectors, and then some," Franchi says. "If he released them all at once, he'd only get $1,500 to $2,000 for each."