The Nazis and Modern Art in Pre-War Germany 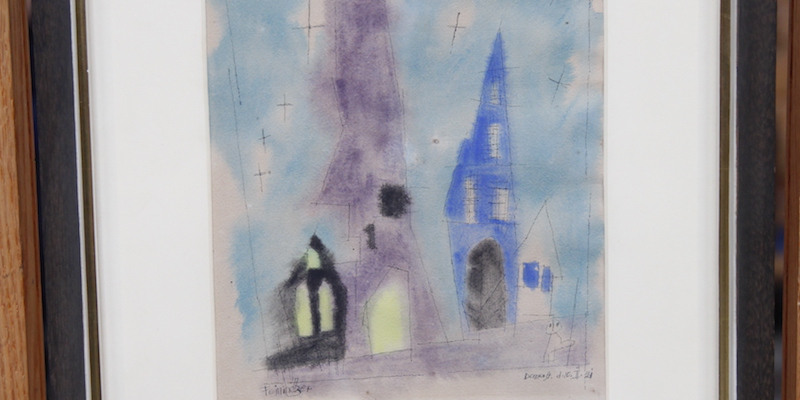 Why Lyonel Feininger had to flee Germany for Manhattan in 1937.

At the Phoenix ANTIQUES ROADSHOW in August 2009, a woman named Ibo brought in a painting titled Silberne Sterne (Silver Stars) by Lyonel Feininger, an American-born artist who spent most of his adult life in Germany as a modernist painter fusing Expressionist and Cubist styles. 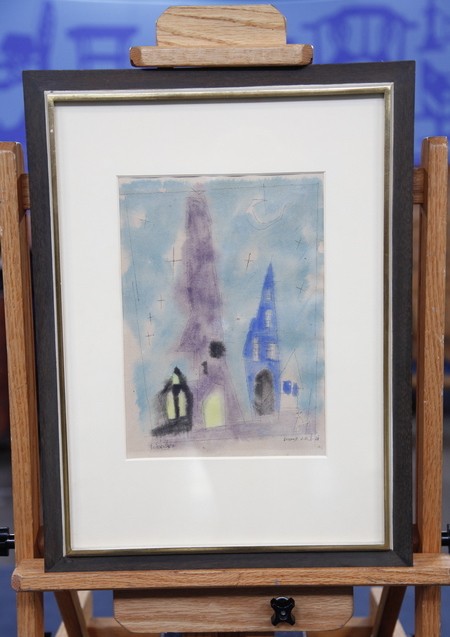 There, in the 1920s, he became one of the founders of the Bauhaus movement, which emphasized an economy of method and simple geometric shapes, and revolutionized art by combining the teaching of fine arts with the study of crafts. Feininger became friends with other artists in the movement such as Wassily Kandinsky and Paul Klee. By the late 1920s, Feininger was considered one of the most talented artists in Germany, with his work exhibited in over 20 German museums. He solidified his fame in 1931, at age 60, with an exhibit at the National Gallery in Berlin.

But politics soon turned against him and as appraiser Nan Chisolm pointed out in Phoenix, he "had to come back to the States when the Nazis took over Germany." But why? The answer has to do with Nazi attitudes about modern art. In the summer of 1932, the city council of Dessau, influenced by the Nazi Party, shuttered the Bauhaus school. After Adolph Hitler was appointed German chancellor in 1933, a debate raged within the party about what German art should be. They finally decided what it should not be: anything associated with modernism or the Bauhaus or Leftists.

"Since they blamed almost every problem on the Jews and Communists," Chisholm notes, "all modern art was often referred to as 'Jewish' or 'Bolshevik' art." 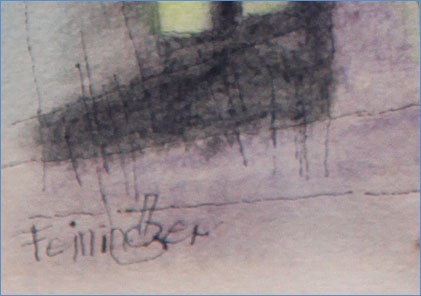 It became nearly impossible to show modern art in Germany. "I still think it is best to preserve silence about my work," wrote the naturally reserved Feininger. "Except that I am working, I will only say I am hopeful ('hopeful' in a hopeless period of cultural history, in a land where all cultural elements are systematically persecuted). With political attacks rising against modern art and artists, Feininger hit a creative block. "I see that without joy, without future I can not work ... all impulse, all breath of life is lacking."

The Munich "Degenerate Art" Exhibit of 1937

As Feininger worked to find a way to leave the country with his wife Julia, who was Jewish, the Nazis staged a Munich exhibit in 1937 of what they called "Degenerate Art." The paintings had been taken from public and private collections and then displayed with derogatory commentary scribbled all around them on the walls. The day before, Hitler had stated that German art must be for the people and that artists must represent the world realistically—"not blue meadows, green skies, sulphur-yellow clouds, and so on." In art, as in politics, Hitler vowed to "rid the German Reich of those influences which are fatal and ruinous to its existence" and to "wage an unrelenting war of purification against the last elements of putrification in our culture," and that "all these cliques of babblers, dilettantes, and art crooks will be eliminated." Feininger's work was displayed in the exhibition. The Nazis also removed 348 of his graphics, watercolors, drawings and paintings from public collections. 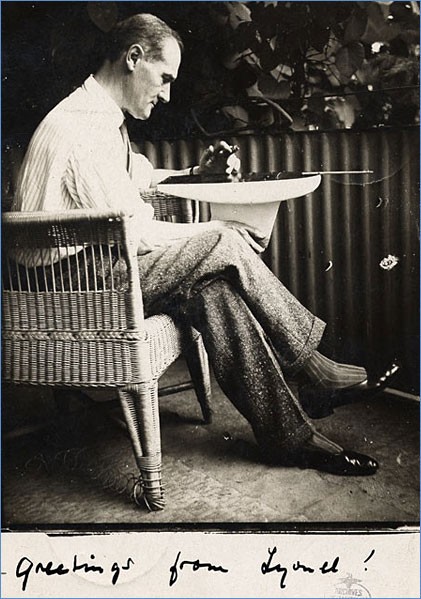 "Modernist artists had their work destroyed and banned from exhibitions," Chisholm says. "They were fired from teaching jobs. Many confiscated works were sold." Feininger waited longer than many other artists to leave Germany, finally getting out in July 1937, a little more than a year before the infamous Kristallnacht — the "night of broken glass" — when Jewish synagogues and businesses all over the country were destroyed.

In a letter a few years later Feininger wrote that "at the age of 65 years I entered the Port of New York with $2... and had to begin life all over (But a millionaire I shall never be)." With the help of friends, he was able to get some of his work to the United States. Many more pieces, though, were left behind in Germany, a good number lost forever.

In 1938, he and Julia settled into a small apartment on East 22nd Street in New York City, not far from where he had grown up as a boy. At first, they struggled. "For us, worry may also put in an appearance, soon; but we are hoping for the best. I find my work very well received here and am astonished to find myself so internationally known and my work appreciated. Only, times are no longer good for the Arts, I fear. Between 'a new car' and a 'painting' you'll find the car takes premier importance."

Yet Feininger would rebuild his career and gain acclaim in the United States before he died in 1956. "In Germany I was 'der Amerikaner,'" he would write. "Here in my native land I was sometimes classified and looked upon as a German painter — some have seen relationship to Chinese art in my work — but what is the artist, if not connected with the Universe?"

• For an account of the attitudes of Adolf Hitler and the Nazis toward modern art, see:
Hitler and the Artists, by Henry Grosslans, Holmes and Meier, New York, 1983.

• ANTIQUES ROADSHOW appraiser Alasdair Nichol examined this collection of works by Feininger during our June 2005 visit to Providence.