Further research by appraiser Jasmani Francis revealed that the numbers on this 19th-century baseball commemorate the final score of the game between the Brooklyn Atlantics and the Baltimore Pastime on June 23, 1859.
Support provided by: Learn more

At the Miami Beach ROADSHOW in 2010, a guest named James brought in an extremely old, handmade baseball that sports memorabilia expert Jasmani Francis appraised for the whopping sum of $20,000 to $30,000. One question that was left unanswered at the time, however, was the exact meaning of the numbers "29" and "15" stamped with the teams' names on the ball. After the taping, Francis followed up to see what he could find out. Here's what he told us.

Jasmani Francis: Despite the fact that this more than 150-year-old relic is remarkably well preserved, some of the very minor, superficial areas of scuffing make it difficult to pinpoint its origin — or more precisely, the event that this presentation ball commemorates. As an enormous fan of American sports history, and as a follower of our "national pastime," I thought it would prove interesting to take a moment to further investigate this unique treasure.

Turns out I was right: Records from such an early time in baseball's history are tremendously difficult to find. However a great resource for statistical insight on 19th-century amateur and professional baseball is Peverelly's National Game by John Freyer and Mark Rucker. The book recounts excerpts from the baseball portion of 19th-century sportswriter Charles A. Peverelly's own Book of American Pastimes, Containing a History of the Principal Base Ball, Cricket, Rowing and Yachting Clubs of the United States — as much an authoritative text now as when it was published more than 100 years ago. I discovered in perusing this history-laden book that "Atlantic 29" and "Time 15" refer to the score of the baseball game that was played on June 23, 1859, between the Brooklyn Atlantics (who were also known as "Atlantic") and the Baltimore Pastime. Finding this additional detail only confirms my opinion about the exceptional value of this amazing piece of sports history. 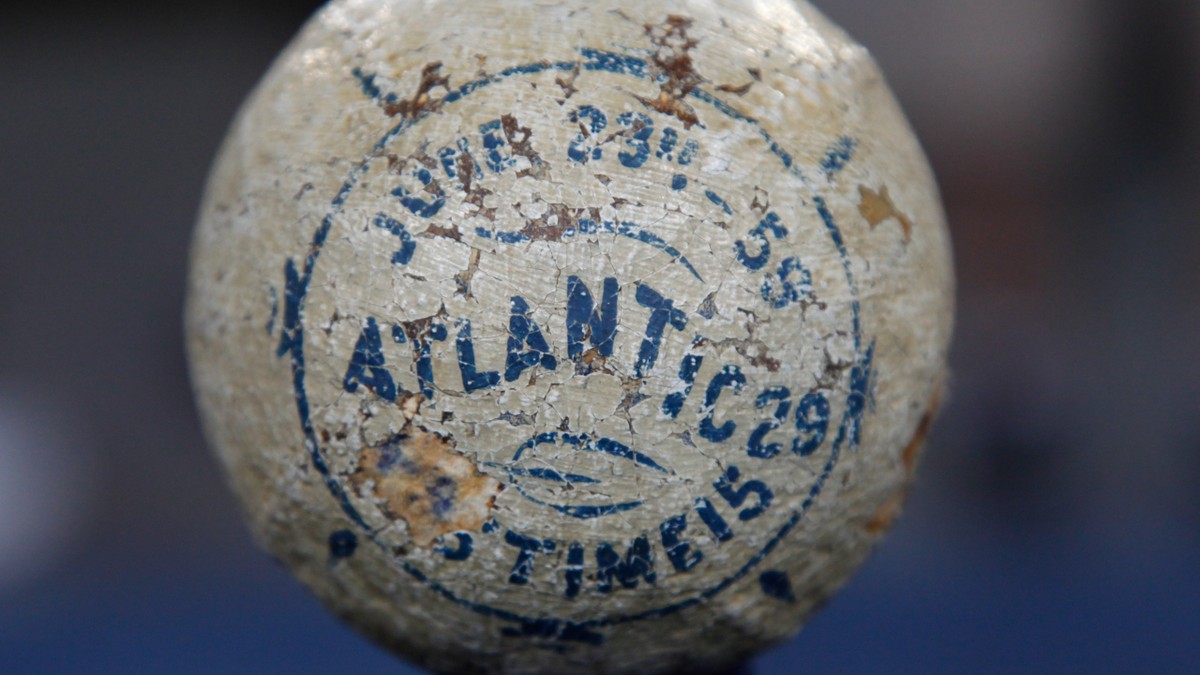 Further research by appraiser Jasmani Francis revealed that the numbers on this 19th-century baseball commemorate the final score of the game between the Brooklyn Atlantics and the Baltimore Pastime on June 23, 1859.