What Is the "Custer Range"? 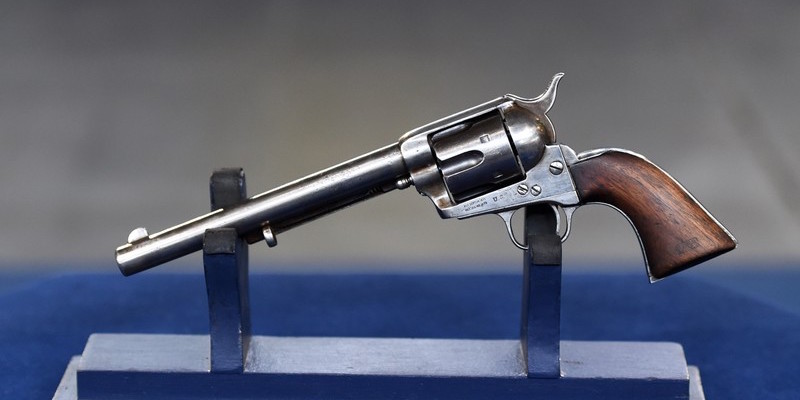 Arms & Militaria appraiser Paul Carella estimated the auction value of this Custer-range single-action revolver at between $5,000 and $8,000 during the Tucson event in May 2015.
Support provided by: Learn more

While bearing a serial number in the coveted "Custer range" can dramatically increase a firearm’s value, it by no means proves the weapon was present at Little Bighorn.

The Battle of the Little Bighorn is one of the most famous military engagements in U.S. history, despite having ended in a rout of American troops. It marked the end of the career of George Armstrong Custer, a publicity-seeking Army officer, who, along with all of the men under his command, was killed in June of 1876 by a superior force of Lakota and Northern Cheyenne.

Little Bighorn has been a continual source of debate among historians for 150 years, and excites a similar interest among firearms collectors, for whom the very possibility of a weapon’s having been used during the battle can bring a hefty bump in its value.

A term of the trade — the “Custer range” — refers to the range of serial numbers borne by firearms whose dates of manufacture make it possible that they were issued to Custer and his men, and therefore used during Little Bighorn. There were two official firearms issued to soldiers during the period, each with a different Custer range: the Springfield “trap-door” carbine or rifle, whose range runs from 00001 to about 50,000; and the Colt 1873 revolver, whose range runs from 0001 to about 7,000.

While bearing a number in the Custer range does tend to dramatically increase a firearm’s value, it by no means proves the weapon was present at Little Bighorn. A quick look at the numbers shows why: There were a total of some 600 men from the 7th U.S. Cavalry regiment engaged on the day of the battle, but there are somewhere around 57,000 firearms in the Custer range.

When you then consider that all of the soldiers under Custer’s direct command — more than 200 — died and most of their weapons were carried off by the victorious Indians (who most likely used them until they were destroyed), the odds of finding a firearm with legitimate Little Bighorn provenance begin to seem dismally low. .

But, says Arms & Militaria appraiser Tim Prince, if provenance can be firmly established, you can expect a Custer-range firearm’s value, generally in the neighborhood of $5,000 to $10,000, to rocket up at least tenfold — and in one recent case, much more.

According to Prince, the only Colt single-action Army revolver yet to be forensically identified and proved to have been on the battlefield that day at Little Bighorn sold at auction in spring 2017 for $460,000.