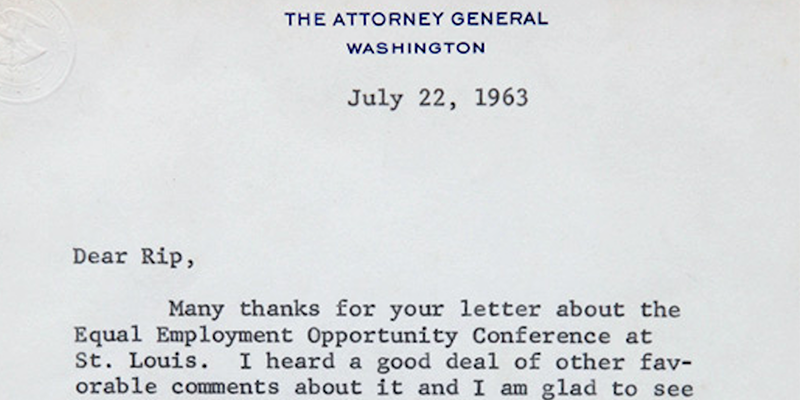 Get a closer look at personal letters written by Attorney General Robert F. Kennedy to his friend Ralph "Rip" Horton.

At ROADSHOW's Washington, D.C., event in August of last year, a guest named Karena from Spotsylvania, Virginia, brought in a silver cigarette box engraved as a wedding gift from President and Mrs. Kennedy to her uncle, Ralph "Rip" Horton, who was a friend of the Kennedy brothers. Karena also came with a pair of letters written to Horton by Attorney General Robert F. Kennedy.

Collectibles expert Kathleen Guzman placed an auction value of $10,000 to $15,000 on the cigarette box as a piece of JFK memorabilia. She said the two brief letters, both written on official Attorney General letterhead but relatively unimportant in subject matter, are less valuable than the silver box. Yet at the same time she noted that the letters are good examples of RFK memorabilia with personal, handwritten signatures rather than autopen. The Attorney General signed both letters "Bob."

Read both letters for yourself below. 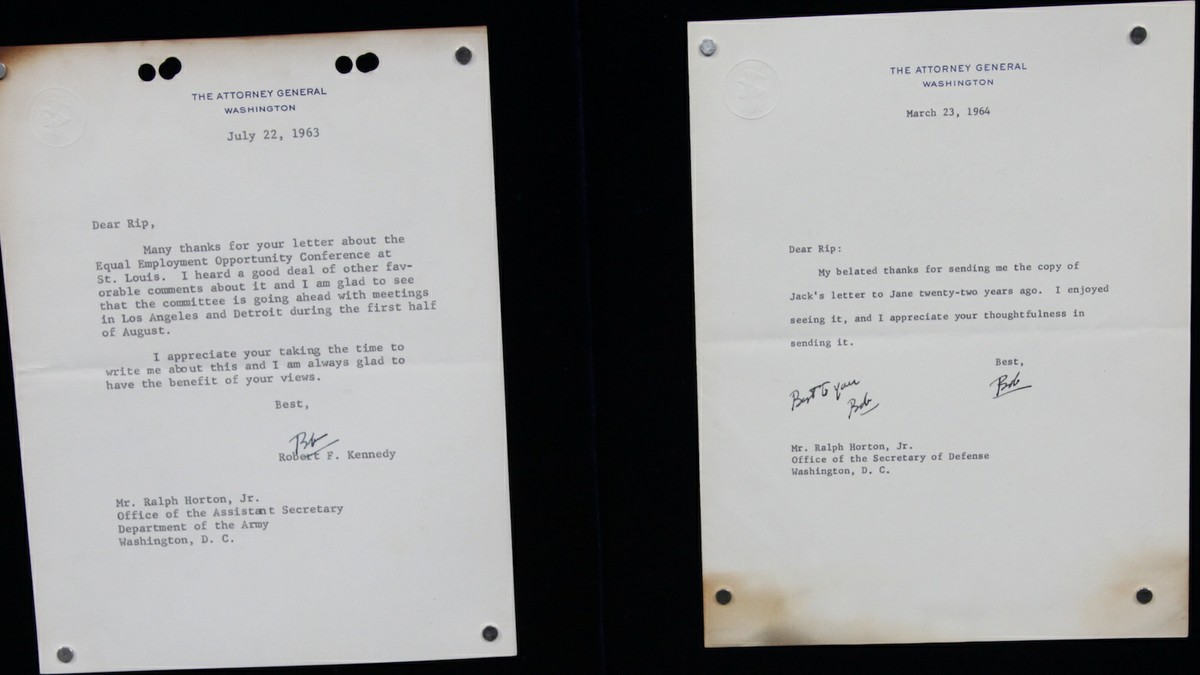