On Pins and Needles: A Rockwell Model’s Reflection 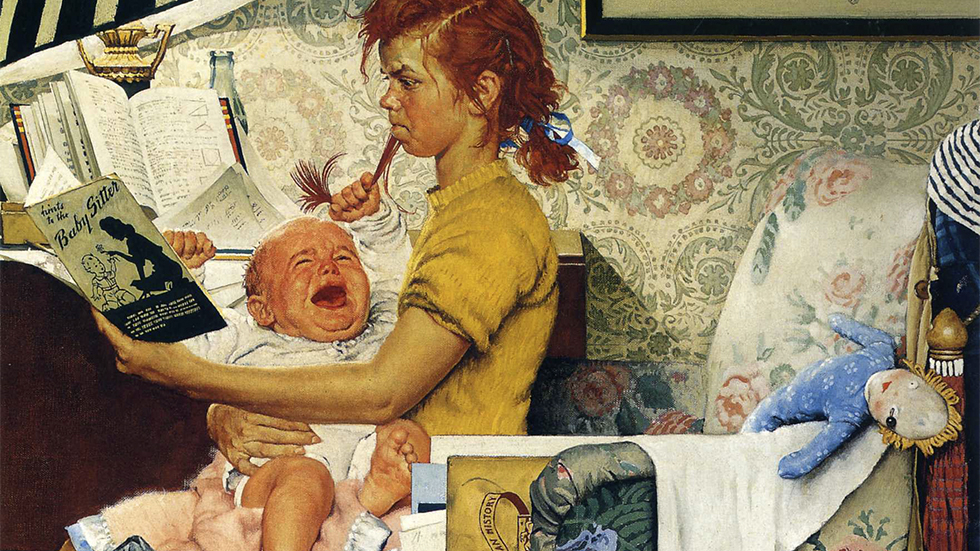 A former Norman Rockwell model remembers her childhood years posing for the painter.

It was every parent's dream: a baby who doesn't cry. But this occasion called for tears. As an infant, ANTIQUES ROADSHOW guest Melinda modeled for famed American artist Norman Rockwell in his 1946 painting The Babysitter. The painting features a screaming baby, clearly in distress in her young babysitter's lap. But getting Melinda to be red-faced and distraught was no easy task; no matter what Rockwell and his assistants tried, there would be no tears.

"He was very organized and particular about how he wanted you to look," says Melinda

The other iconic figure in the painting is the frustrated, redheaded babysitter, who was also Rockwell's neighbor. Rockwell used her as a stand-in, later incorporating features of another model to convey a combination of familiarity and youthful awkwardness. Melinda was held in the young model's arms with the supervision of her mother, Kay. "My mom was there and in the photographs you can see her looking at me, and I'm looking at her as if to say, 'Please help me!'" Melinda shares with a lighthearted laugh.

In the mid-1990s, Melinda visited her mother in a nursing home and started discussing the painting. "I always felt terrible about that," Kay said, "because you wouldn't cry, no matter what they did, and finally they stuck your feet with pins!"

Melinda has a sense of humor about the event, recounting her modeling experience for Rockwell with nostalgia. Her father, Gene, was Rockwell's photographer for 14 years during his time in Vermont, a relationship which found its roots years prior in New Rochelle, New York, when he posed for the illustrator.

Years later, both men moved to Arlington, Vermont, unbeknownst to one another. "One day, father was outside his home on a ladder doing repairs and felt someone tap him on the leg. He turned around and saw Rockwell." After discovering the coincidence, Rockwell mentioned he was looking for new assistants, specifically a carpenter, which Gene was not. "But he was very handy, so they got together. My dad started doing Rockwell's photos and setting up backgrounds; he did it for the whole time we lived in Vermont."

When Rockwell needed a baby for his upcoming project, he asked Gene if he could feature Melinda, who had just been born, as the model. "So down I went to Rockwell's studio," she says. 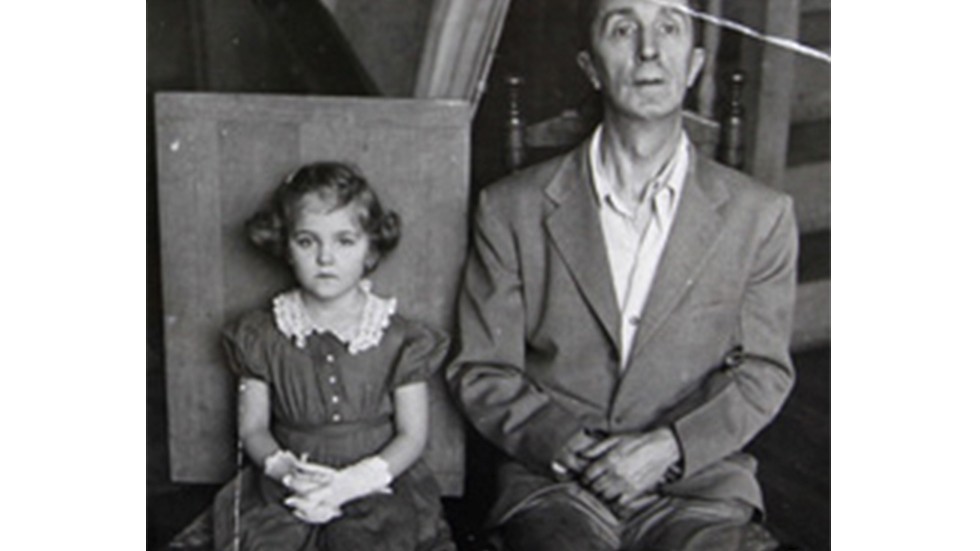 Rockwell and Melinda pose as if they were in a church pew in this photograph for the illustrator.

The work relationship between Gene and Rockwell gave way to more modeling opportunities. Rockwell also hired other neighbors in Arlington to pose for his paintings; when there were other children in the studio, Melinda and her peers "would dress up in costumes upstairs under the eaves." Although Melinda would often wear her own dresses in photographs when Rockwell wanted to capture the clothing and essence of the day, she would occasionally be dressed in older period garb. "I have one photo of me sitting in a chair with a board behind me to sit up straight, with Norman sitting beside me. I'm wearing white gloves that were way too big; I believe he was looking for a scene featuring people sitting in a church."

Although she only modeled for him until she was 6 years old, Melinda fondly remembers certain details like Rockwell's low voice as he smoked a pipe and gave directions. "He was very organized and particular about how he wanted you to look," says Melinda.

Melinda's father would occasionally bring objects from Rockwell's studio home with him. "All I remember was my father came in with this chair with a big hole in the seat and he put it in his studio. My dad was a little superstitious — he always thought some of the aura would rub off on him while painting in the same chair that Norman would use." According to ROADSHOW appraiser Alasdair Nichol, the chair today is worth $50,000.

Melinda's father would take home a photograph or two when they featured a family member, which is how Melinda came into possession of the Kellogg's painting that Nichol appraised at ROADSHOW for an insurance value of $80,000 to $90,000. 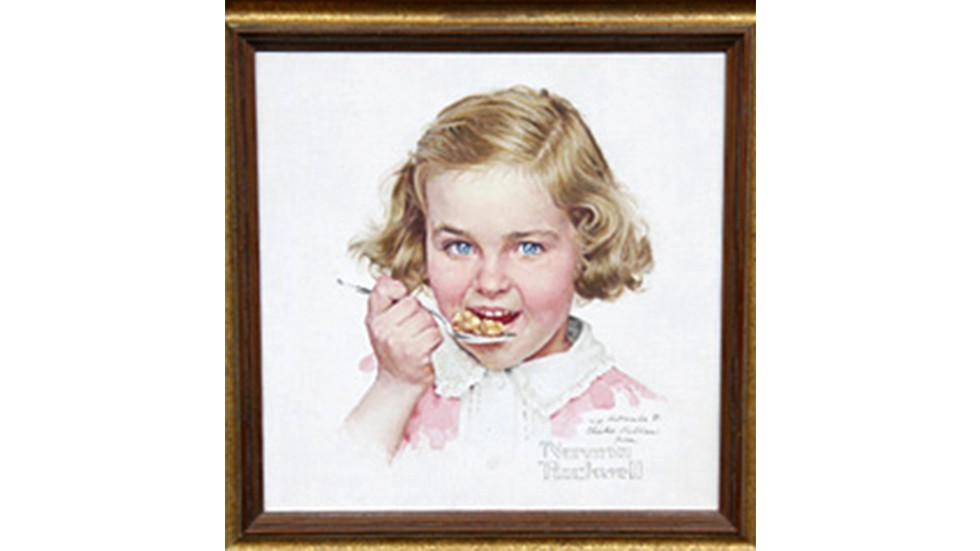 Melinda was featured in several Norman Rockwell paintings, including this unused portrait for Kellogg's Cereal from 1952 appraised for $80,000 - $90,000.

Rockwell moved away from Arlington around 1952, when Melinda was about 6. There have been Rockwell model reunions in Arlington over the years, nostalgia coloring the connections, echoing Rockwell's iconic style. "It's a time capsule in a way that probably won't happen again," Melinda says, "It was an idyllic time after the war; everything appeared to be going the right way, looking toward prosperity. When I do see some of the other models, we enjoy being together and remembering that."

For Melinda, a sense of wistfulness is felt in viewing Rockwell's works, especially the paintings she posed for. But in The Babysitter her special connection is more than seeing her own likeness. On the canvas, there's a safety pin attached to a blanket. "After my mother told me that story, I always wondered if it was the one that made me cry, a sort of homage."