To the Point: Earhart's Prenuptial Letter to Putnam

Kathleen Guzman appraises an engraved pen and pencil that Amelia Earhart gave as a gift in 1932.
Support provided by: Learn more

Read a letter from Amelia Earhart to George Putnam before their marriage!

At the Boise, Idaho, appraisal event in 2013, the owner of two coveted writing instruments was in for a treat when she met expert Kathleen Guzman. The pen and pencil set belonged to the owner's husband, two pieces from a collection of 500 amassed over three decades.

Yet these two instruments in particular stood out to Kathleen because they bore inscriptions from Amelia Earhart. The set was made by Waterman, makers of high-quality writing instruments for many years. This particular set was a gift from Earhart to her husband George Palmer Putnam in 1932, after their first year of marriage.

"He tried to propose to her six times before she finally accepted," Guzman said. In the Purdue University archives, ANTIQUES ROADSHOW found a copy of the letter Earhart wrote to Putnam in 1931, before their marriage. "You must know my reluctance to marry," Earhart wrote, "my feeling that I shatter thereby chances in work which means most to me."

Related Article: Amelia Earhart was a perfect specimen for celebrity

The letter shows how dedicated Earhart was to her career as a pilot. After all, she was planning to achieve the extraordinary in becoming the first female to complete a solo transatlantic flight in May of 1932. As a female adventurer in the early 1930s, Earhart clearly felt conflicted about her decision to wed Putnam, noting that she could not guarantee "to endure at all times the confinement of even an attractive cage." More than the conventional cold feet of a bride-to-be, Earhart's letter exudes deep misgivings that marrying Putnam would mean surrendering her cherished independence and the chance to pursue her life's dreams. Her courage to communicate her fears so candidly to the man she had already agreed to marry is still stirring today.

Read the full letter in the Purdue University archives 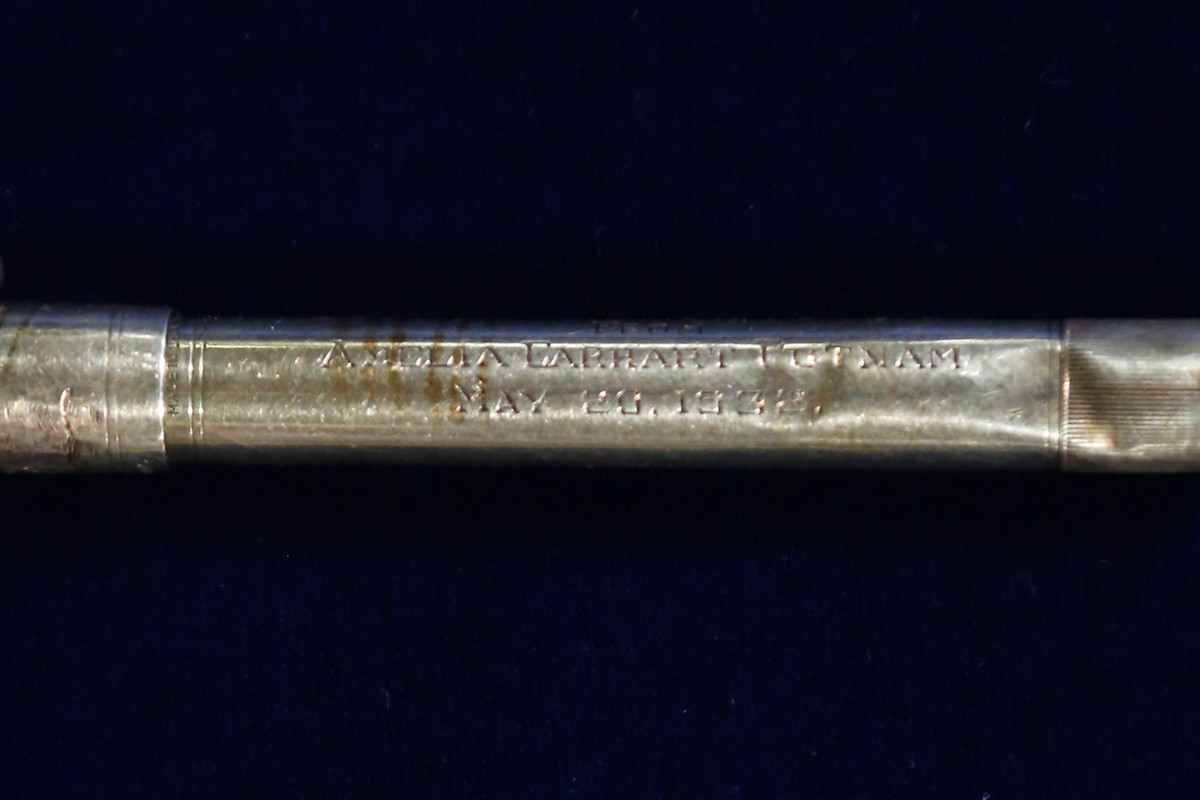 Amelia Earhart had the writing instruments inscribed for her husband George Putnam in 1932.