Check out a full-fledged example of a Yu'pik dance fan.

At the Detroit ROADSHOW event in June 2013, Ted Trotta appraised this wooden Alaskan Eskimo piece, formed in the image of a seal and possibly used by a hunter as a snuff container, which reflected the indwelling spirit of the seal. The seal is "very likely what the hunter was looking for," Trotta explained, "and in a curious twist of fate, the seal's energy or inner powers are helping the hunter find the seal." In addition, the piece functioned as a small finger mask; it would have had feathers attached that would flutter when worn. This particular example is missing the feathers, though the light and durable northern cedar is still in good condition. Ted placed a retail value of $8,500 on the piece.

According to Trotta, these Yup’ik dance fans from Alaska show what the one brought in to Detroit would look like when fully decorated. These particular ones are made of wood, duck tail feathers, snowy owl feathers, and caribou fur, as well as some pigment. 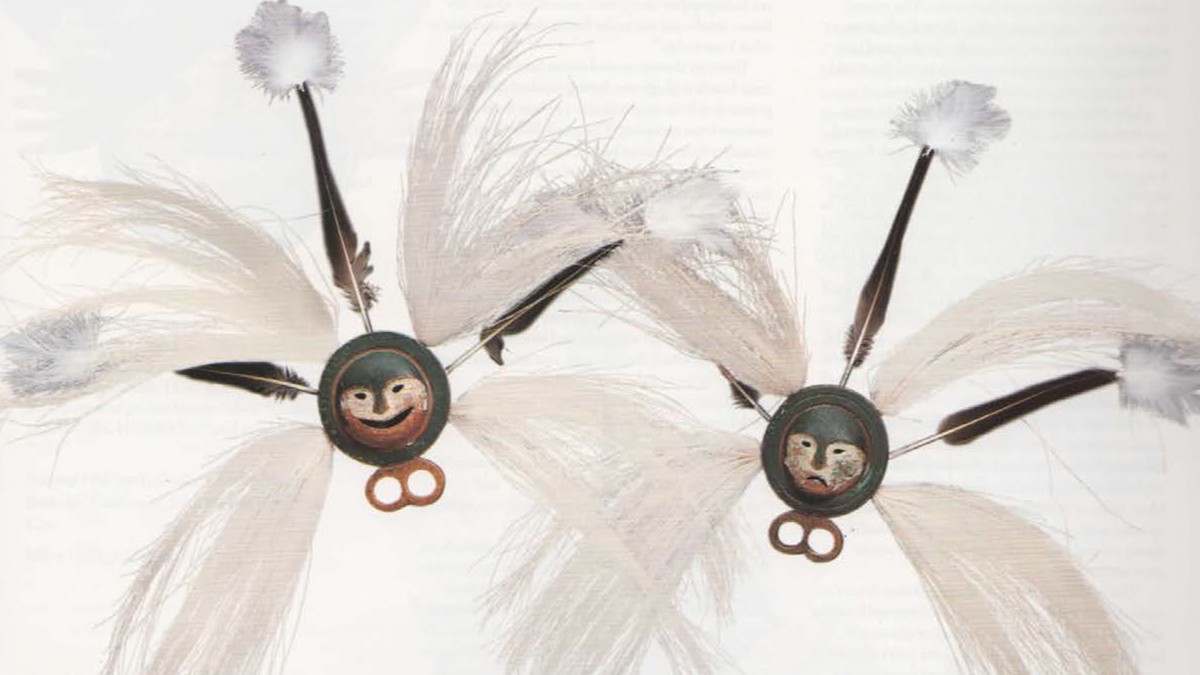