Valentine's Day remains a favorite time of year for couples to get engaged, and for treating loved ones to something with a little sparkle. Beyond the "four C's" what are the key tips you should know when purchasing a diamond ring?

This interview with appraiser Mark Schaffer has been edited and condensed.

In this exclusive interview with ROADSHOW appraiser Mark Schaffer, a principal at A La Vieille Russie in New York, and a specialist in fine European and American jewelry, he offers some expert suggestions for things to keep in mind when shopping for an engagement ring, and tells us more about the vintage Art Deco diamond ring that caught his eye during ROADSHOW's July 2013 taping in Baton Rouge.

ANTIQUES ROADSHOW: What’s your advice to people who may be shopping for an antique or vintage engagement ring?

Just like love, you’ll know the right one when you see it!

MARK SCHAFFER: First, as with any jewelry purchase, buy a ring you like, or more importantly, that the wearer likes, since she will be wearing it every day. It would be helpful to shop with one’s fiancée, although of course that eliminates any surprise. That’s a way to make sure it looks well and feels comfortable on her. The decision is very personal. Like most antiques, no two antique rings are the same, and there are no rules to follow. Stone or not? Diamond or other gemstone, and how big? Cushion-cut? Gold or platinum or silver setting? What color metal does your betrothed like to wear? What price point?

Remember that platinum is an early 20th-century phenomenon, and that diamond grading is even more recent. Be open to diamonds that were originally selected by eye, not by grade, and existed under different lighting conditions, like gas or candle, not necessarily halogen! The “four C’s” are good guidelines, but one must have an open mind for antique pieces, since today’s grading standards didn’t exist when old rings were born. Many people like antique stones precisely because older cuts can offer a softer play of light. It’s also important to note that in most cases it’s not advisable to remove an old stone from its old mount for grading, since the mount could be damaged in the process. Cuts vary, color varies, and so on, but the stone must appeal, whether it’s D flawless or not!

Shop as much as possible to see as many options as possible, because you’re not buying an antique ring in order to buy a standard ring. And, just like love, you’ll know the right one when you see it!

How does age affect the value of a ring and stone?

SCHAFFER: Value for a ring and stone is determined as it is for any antique, that is, based on age, quality, beauty, rarity, provenance, condition, etc., overlaid by current taste for a particular style. An Arts and Crafts style might vary in value, for example, while a traditional platinum-mounted diamond shows less fluctuation in popularity level. The greater value by these standards a ring has to begin with, the greater value downstream. One difference rings have from many other antiques, though, is the question of gemstones. If there are stones of significance, like a large central diamond, and that’s the main feature of the ring, then the value of the entire ring will be greatly influenced by the stone's value, normally without regard to its age, unless there’s a particular story or it's a particularly desirable period cut. A new ring can be much more valuable if it has a very valuable gemstone, even if it’s a simple solitaire with little style otherwise. Of course, for an antique, you can add your own love story, your own provenance!

Are there vintage settings that are especially popular today?

SCHAFFER: The styles set in the early 20th century have become very traditional and popular. They are the basis for much modern style. So platinum-mounted diamond rings from circa 1920 and in an Art Deco style are popular. Classic is classic for a reason.

Some modern jewelry seeks to offer the antique look, but it's better to have the actual antique when possible if you're looking for that style. Oftentimes, new pieces just imitate the old, though a few modern jewelers successfully take inspiration from the antique, while being contemporary at the same time. Just as in home design today, where there's mixing of antique and modern, one can combine old jewels with contemporary styling.

In Baton Rouge Hour 1, you appraised a ring the guest had purchased at auction that was sold to her as a Cubic Zirconia in silver. Believing it to be a piece of costume jewelry she purchased it for about $30. Can you tell us more about what you discovered? 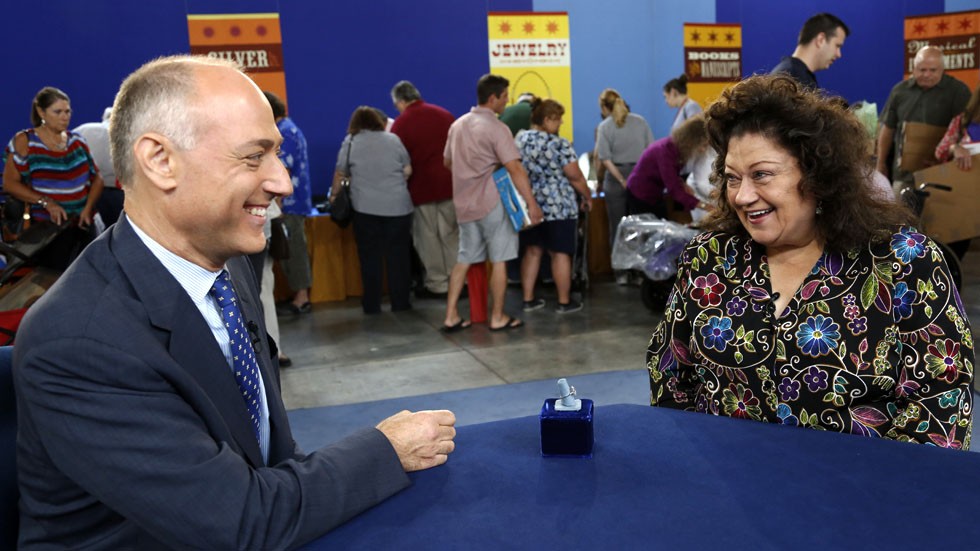 The owner of the ring, right, had purchased the ring for $30 a few years ago. The setting of the ring had a mark that revealed it was not silver, but platinum. That was a big clue to reveal the ring was actually diamond, not cubic zirconia!

SCHAFFER: The guest was intrigued by a marking she found on the ring, which was her first clue that there was more to the ring than she initially imagined. The shank was in reality apparently platinum — not your typical mounting for Cubic Zirconia. The unusual setting of the stones perhaps precipitated the confusion, since it created an atypical play of light. But a double take revealed that they were in fact diamonds, with smaller stones “stepped” around a larger center stone, all mounted in platinum. So it was quite exciting that her initial instincts led to her purchase a lovely ring, one that turned out not only to be diamond, but also to be from the Art Deco period.

This story will surely inspire treasure seekers. Any tips or advice for those looking for their very own diamond in the rough?

SCHAFFER: This situation, where diamond jewelry is misidentified as costume, is perhaps somewhat unusual, and not easy to replicate on purpose. The most important advice in any situation would be to have an open mind, to look at an object with one’s own eyes (and hands), to trust one’s instincts. Of course read whatever description is available, but be ready to understand it and question it if necessary. That an object is beautiful and appealing remains paramount, and is one of the best guides.

Do vintage rings require different care from newer ones?

SCHAFFER: Yes, but not necessarily by much. As for any antique, one must be careful. Rings are especially vulnerable since they’re worn all the time. Old prongs and settings might bend or break more easily than new, especially if not made of platinum, and the most severe risk is that a stone is lost after a prong is caught on a glove or sweater. So be prepared to keep an eye on the ring and to have settings checked periodically, as well as be mindful of particular stones, such as emeralds, which are more fragile than diamonds. That having been said, rings, old or new, were made to be worn, so don’t worry too much!

Once someone has invested in an engagement ring, what advice do you have for protecting it?

SCHAFFER: Physical care is most important — being careful not to damage the ring or lose it. Insurance is a personal decision, and your broker can let you know paperwork needs and insurance costs as compared with ring value. 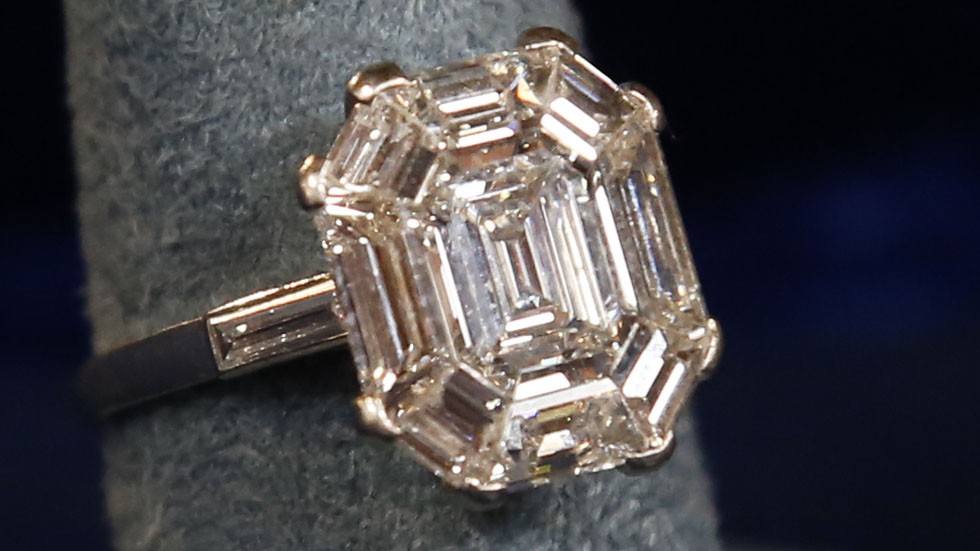 This French Art Deco diamond ring was appraised for $25,000 to $30,000 by Mark Schaffer at the Baton Rouge event in 2013. When its owner purchased it, she was told it was cubic zirconia!