Under the Sea: Maritime Law and Treasure Hunting 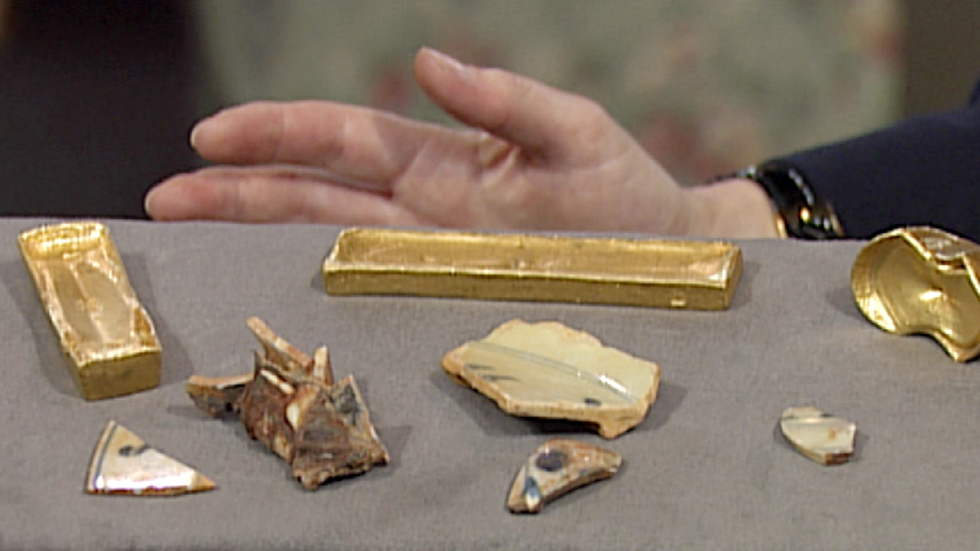 The owner of this shipwreck gold and porcelain said she found it while diving near the Cape Verde Islands, off the western coast of Africa.
Support provided by: Learn more

Resources on the ownership of artifacts salvaged underwater.

Imagine happening upon buried treasure from a shipwreck — it’s a story straight out of an old pirate's tale. But it's exactly what happened to a guest at the 1999 Tampa ROADSHOW event, who brought in China trade shipwreck gold and porcelain pieces she and her husband had salvaged while scuba diving in the Cape Verde Islands, off the western coast of Africa. It was a fair bit of gold, especially at today's prices.

And while we're not certain what's happened with the treasure since ANTIQUES ROADSHOW last saw it in 1999, it is worth bearing in mind that in the case of sunken treasure, finders are not necessarily legitimate keepers.

A number of international agreements, federal laws and state laws exist in order to protect underwater heritage and define the ownership of such objects.

The following online resources may be helpful if you find objects underwater and need to determine whether you can legally possess them, but note that depending on where the underwater artifacts were found, you may have to consult other authorities appropriate to that specific state, country, or territory.

Many coastal states, and countries with maritime borders, have websites addressing guidelines and laws to protect their natural and archaeological resources. Below are examples, but depending on where the underwater artifacts were found, you may have to consult other resources pertaining the specific state or country.