The difference in value between the real deal and an imitator can be thousands of dollars.

Imitation is the sincerest form of flattery, or so the saying goes. But when it comes to American art pottery from the Arts and Crafts period, it was so common for competing companies to take inspiration for shapes and glazes from each other, it can be hard to tell who deserves the compliment. But when a guest at the 2014 Albuquerque ANTIQUES ROADSHOW event brought in a piece of art pottery she inherited, it was clear who imitated whom. And the difference in value between the real deal and an imitator can be thousands of dollars. 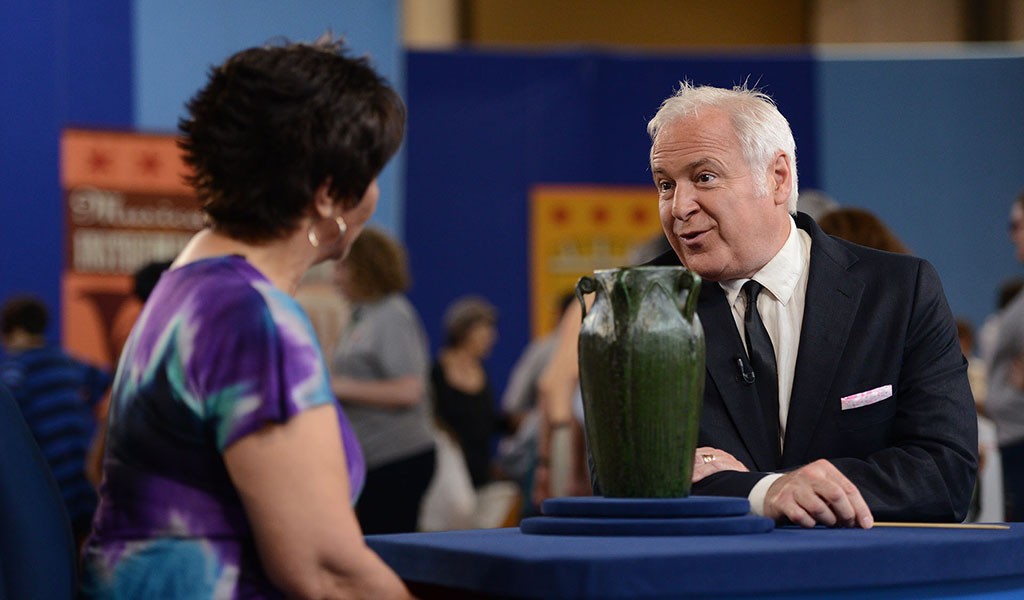 The vase was made by Thomas J. Wheatley to resemble a specific piece of Grueby Faience pottery. Wheatley, a potter from Cincinnati in the late 1800s, was "big into copying work that others did," expert David Rago said. Wheatley had started his first company in 1880, called the T.J. Wheatley Company, where he made copies of Limoges-style pottery and filed a patent for the technique. It later went bankrupt and in the 1890s Wheatley briefly worked for Weller. Wheatley then opened another company in 1903, one that produced vases that were modeled after Grueby, including this particular vase seen in Albuquerque. But there were noticeable differences in technique, style, and material between the original Grueby and the Wheatley.

The covetable aesthetic of Grueby pottery finds its core in Arts and Crafts-period taste: simple hand-thrown and carved designs that reflect the natural environment. The Grueby Faience Company was founded in 1894 in Boston by William H. Grueby, where he developed characteristic matte green crystalline glazes for which the pottery became renowned. "Grueby's green glaze is a signature." Rago said. "Over 100 companies copied the matte green glazes that Grueby used." Matte green glaze became ubiquitous in Arts and Crafts potteries, but each one had slight differences that were noticeable to the trained eye. Grueby Faience, under the guidance of director of design George P. Kendrick, was also known for crafting naturally shaped hand-thrown vessels that were usually carved by female modelers. With a Grueby, "you'd see the finger marks on the inside," Rago said, among other irregularities.

The design of the Grueby precedent features alternating flat leaf and scroll elements, with this particular example likely being made around 1900 to 1902. The sharp edges and deep grooves on the leaves demonstrate that the carving was done by hand. The Wheatley vase made a few years later, on the other hand, was made from a mold, though it does feature some pieces that were cast and applied. "Pieces in a mold are a little mushy around the edges whereas handwork is very crisp," Rago described. The darker green glaze color is a signature of Wheatley, one that is less blue than the Grueby but makes it instantly recognizable. "Wheatley approximated the Grueby look in a very good way," Rago said. "It's a fairly honest representation, but at a much lower cost."

The craftsmanship behind the Grueby and the Wheatley is reflected in their values today. Rago said the Wheatley vase, in its current condition, would command an auction estimate of $1,000. "If this were a piece of Grueby made a couple of years earlier in Boston, Massachusetts, at auction, it'd be about $7,000." 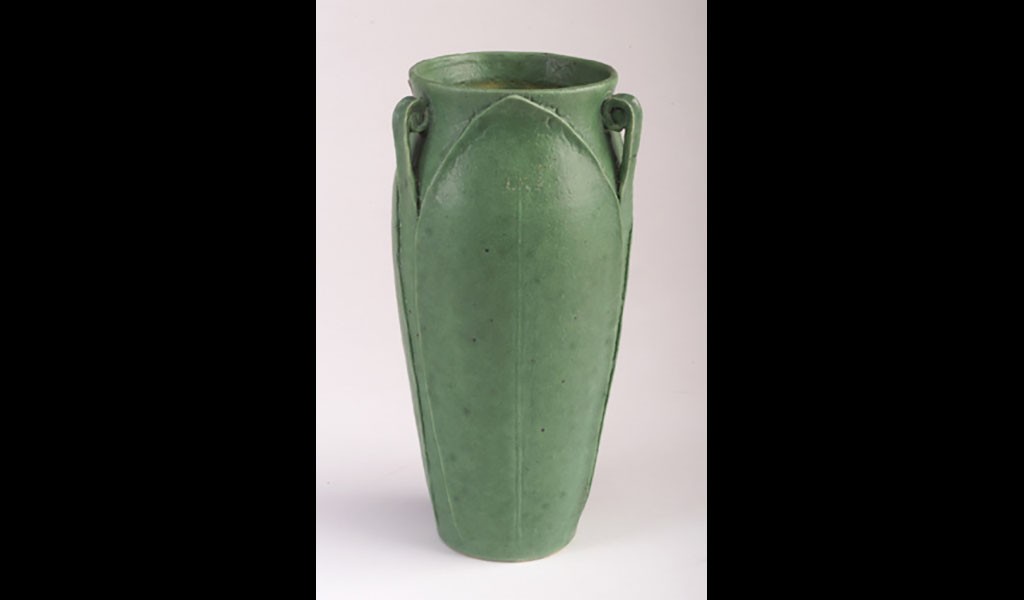 This example of Grueby Faience was the inspiration for the Wheatley vase found in Albuquerque. Note the attention to detail in the carving and modeling work of the leaves and scrolling. Rago Auctions/Lambertville, NJ