At the 2014 Birmingham ANTIQUES ROADSHOW event, expert John Schulman appraised a collection of land grants and deeds that were a part of the 1832 Georgia Gold Lottery.
Support provided by: Learn more

Georgia's land-grant lotteries were a method of distributing tracts to qualifying citizens during the early 1800s — a state-sponsored program that resulted in the forced removal of thousands of Native Americans from from their ancestral lands.

The Gold Lottery of 1832 was one of the last in a series of land-grant lotteries the state of Georgia administered throughout the early 1800s as a means of distributing tracts of land to qualifying citizens. The Gold Lottery was so called because it was prompted by a gold rush that had broken out in the northern part of the state after gold was discovered there in 1828, creating a demand for plots of property by settlers and prospectors who hoped to strike it rich. As had been the case with Georgia's previous land lotteries, the tracts being deeded away by the state were appropriated from territory that had been occupied by native Creek and Cherokee peoples for countless generations. 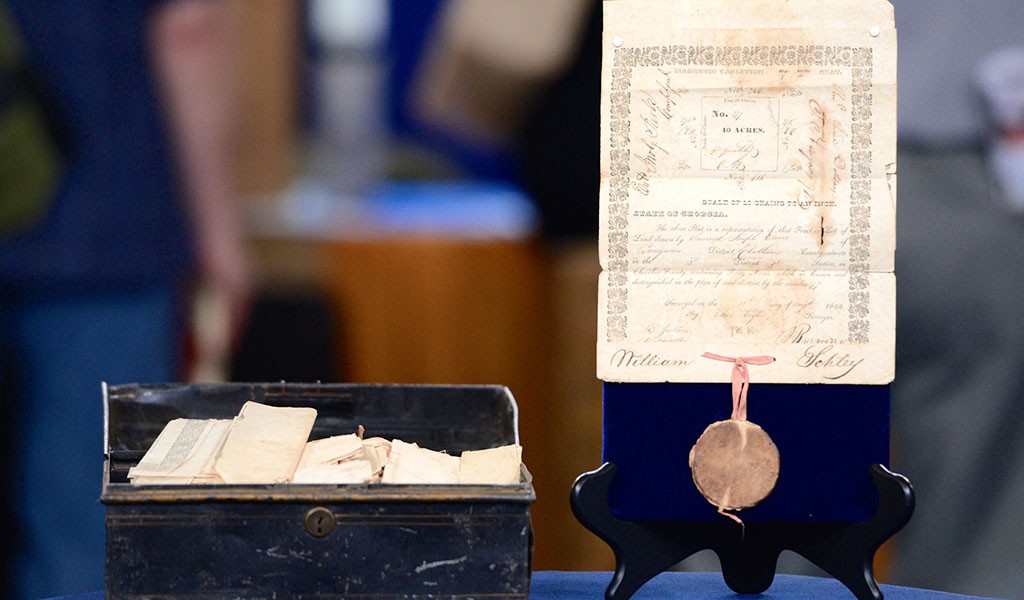 The Georgia Gold Lottery was one instance of many appropriations of territory from Native American peoples. The Indian Removal Act of 1830 allowed the government to forcibly relocate tens of thousands of Native Americans.

Intensifying friction between Indian populations and settlers hungry for more land eventually led to federal legislation that authorized the forced removal of native peoples to areas in the West. The Indian Removal Act was signed by President Andrew Jackson on May 28, 1830. It was an unprecedented legal maneuver that gave the president the power to negotiate treaties with every Indian tribe east of the Mississippi, compelling them to surrender their homelands in exchange for territory in the West. Native peoples who stayed in their original regions were required by the government to relinquish large tracts of the land they had once controlled and made to live in small, often geographically isolated areas.

Tens of thousands of Native Americans were relocated to Indian Territory (in an area now part of Oklahoma). Some tribes left without conflict, but many were ultimately driven by force from their ancestral land. In the South, members of the Cherokee, Choctaw, Chickasaw, Creek, and Seminole tribes were among the masses forced to migrate. Most members of the Cherokee Nation were forcibly removed from parts of North Carolina, Tennessee, Georgia, and Alabama on what they called The Trail of Tears. Many became ill and thousands died during the arduous migration.

Periodic conflicts between native tribes defending their ancestral lands and way of life, and white Americans who were determined to move and change them, continued to erupt throughout the 19th century.