From Hawaii with Love: Samuel Clemens' Letter to William Bowen

This letter is collected in a 1941 anthology called "Mark Twain's Letters to Will Bowen: My First & Oldest & Dearest Friend."
Support provided by: Learn more

Clemens' humdinger of a letter to his old childhood friend shows the renowned humorist in all his folksy glory.

Picturing Samuel Clemens and his dry Midwestern wit in the exotic island paradise of Hawaii makes for a somewhat surprising image — yet in the spring of 1866, that's just where he was. Both privately and professionally, Clemens was a prolific correspondent, and he had taken a commission from a California newspaper to spend a few months on location in the Sandwich Islands (as the Hawaiian archipelago was then known) and send back his impressions of the islands to be published periodically in the Sacramento Union. 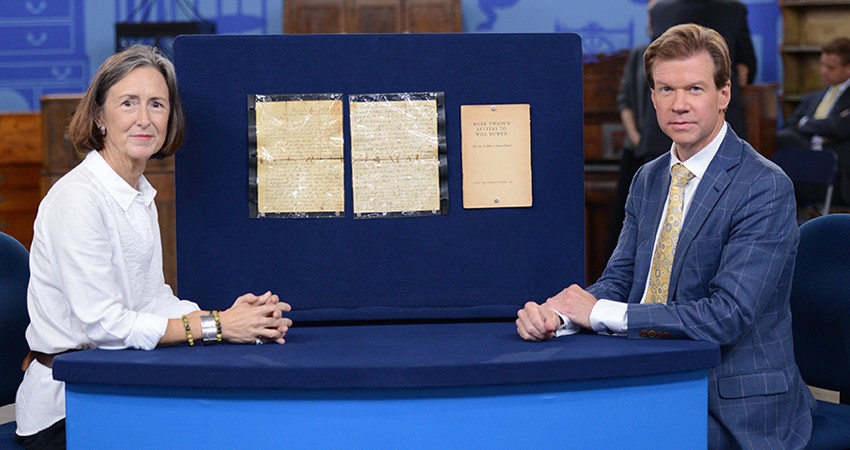 Mary discussed the letter with Francis Wahlgren at the Austin ANTIQUES ROADSHOW in June 2014.

Following is the letter Clemens wrote from Maui in May of that year to his childhood friend from Hannibal, Missouri, William Bowen. It was Bowen's great-granddaughter, Mary, who brought the letter to the Austin ANTIQUES ROADSHOW in June 2014, and as Books & Manuscripts expert Francis Wahlgren said during the appraisal, the content of the letter is fabulous — and the voice is unmistakable Mark Twain. Touching as it does on topics as diverse as the "Wizard of the East" (a carpenter-illusionist-swindler from Missouri whose real name was Martin), volcanoes, and an epic tussle with a greased pig, Wahlgren thought the fragile four-page letter from the renowned author would have tremendous appeal in today's market, giving it an auction estimate of $8,000 to $12,000.

Letter from Samuel Clemens to William Bowen, May 1866

Island of Maui, Sandwich Island, May 7.

I have been mad at you so long that the old anger has about spent itself & I begin to feel friendly again. But you ought to have your d----d neck broken anyhow, my boy.

I expected to be in the States long before this but things fell out otherwise. I contracted with the Sacramento Union to go wherever they chose & correspond for a few months. & I had a sneaking notion that they would start me east — but behold how fallible is human judgment! — they sent me to the Sandwich Islands. I look for a recall by the next mail, though, because I have written them that I cannot go all over the eight inhabited islands of the group in less than five months & do credit to myself & them & I don't want to spend so much time. I have been here two months & yet have only "done" the island of Oahu & part of this island of Maui… ⁢ is going to take me two weeks more to finish this one & at least a month to “do” the island of Hawaii & the great volcanoes — & by that time, surely, I can hear from them.

But I have had a gorgeous time of it so far. I wish you & Sam were here. We would sail from island to island for a year & have a merry hell of a time. We would get more invitations from sea captains. Honolulu is a great stopping point for ships, & during the month I was there I was invited to go to every blamed place on the habitable globe, I think. The last was from the captain of a fine ship, — he was going round the world — & if either of you bilks had been here I would have thrown up my berth & gone with him.

I have seen a fellow here that you & I knew in Hannibal in childhood — named Martin — he was a carpenter; he came here busted a year ago & called himself the Wizard of the East & gave a sleight of hand entertainment, — & it was the d--dest sleight of hand entertainment you ever heard of. He tried to shoot a pocket handkerchief into a closed oyster-can, & he pretty nearly shot the d—d head off of a Kanaka spectator. None of his apparatus would work. He had a learned pig, which he gave out could speak 7 languages too — a striped learned pig. He told me he caught that hog in the extinct crater of Haleakala, 10,000 feet above the level of the sea, where the son of a sea horse had been running wild for three generations; he brought him down here into the valley, shaved him close, painted stripes on him with iodine & then greased him & advertised that he would give any person in the audience ten dollars who would come into the ring & catch the pig & hold him two minutes. A big brawny Kanaka & a gigantic Missourian each got the hog by a hind leg, & the brute held on, notwithstanding the grease, but the hog turned & bit a square meal out of the Kanaka & made him let go, & then started, & took the bold Missourian straight through the audience, squealing & upsetting people & benches, & raising more hell, & scaring women to death, & broke for high ground on Haleakala, & neither he nor the Missourian were ever heard of afterwards — & Martin wasn't for some time, for in the melee he took his little cash-box & "shoved." He says he likes to live here "because," says he, "when I'm busted I can go through a Kanaka lord of the soil; & when I can't do that, I can always rig a purchase to swindle one of them d---d Missionaries." I am of the opinion that Mr Martin is a brick.

I wouldn't write you so much about Martin, only I haven't anything else to write about — except the islands, & that is cash, you know, & goes in the "Union."

Give my regards to my Christian friends Sam & Bart especially & drop me a line to San Francisco, "Care of Occidental Hotel."

You can explore this and other amusing examples of Clemens' writings and correspondence, with explanatory historical notes, at the Mark Twain Project. 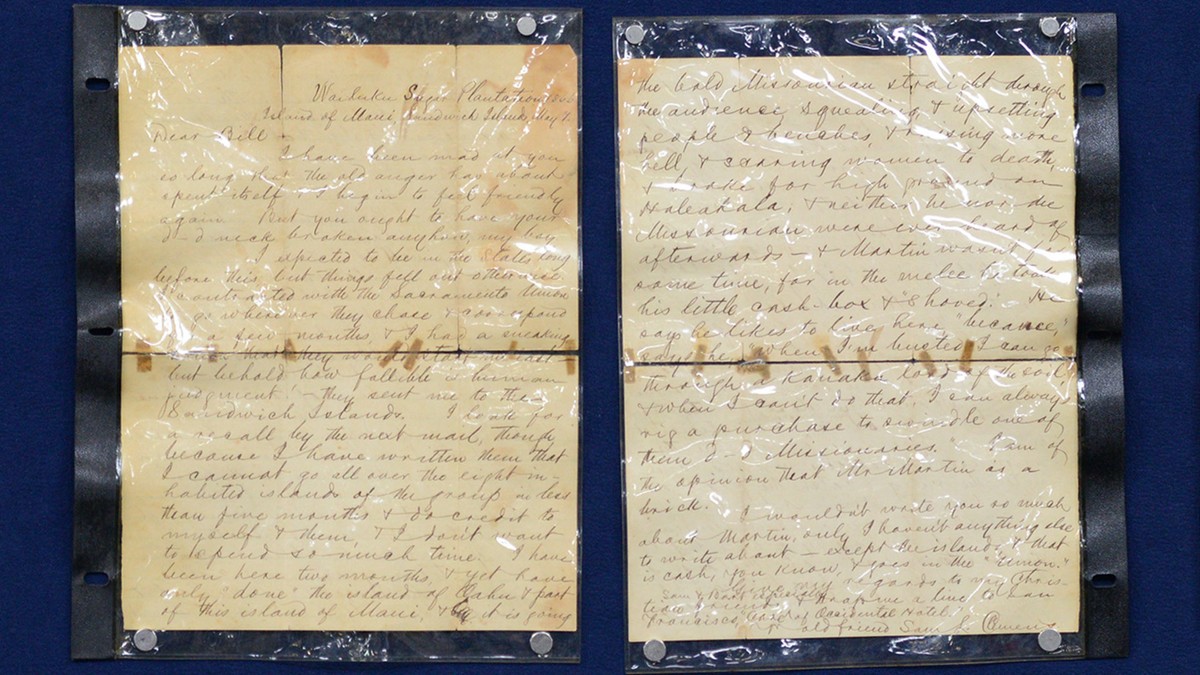 This letter is collected in a 1941 anthology called "Mark Twain's Letters to Will Bowen: My First & Oldest & Dearest Friend."