This powder horn created in 1813 was presented to its owner’s ancestor by Seminole chief Billy Bowlegs, an influential figure in the Seminole Wars.
Support provided by: Learn more

A powder horn with powerful provenance found at the Little Rock ROADSHOW event in July 2015 is one of very few known relics remaining from the Seminole Wars. The engraved piece had been presented to the owner’s ancestor in the mid-1800s by Seminole chief Billy Bowlegs, whom he had befriended while living in Georgia as an Indian peacemaker, relocating native populations from Carolina and Florida to Indian Territory. Tribal Art expert Bruce Shackelford dated the horn’s creation to about 1813 and gave it an auction estimate of $20,000 to $25,000, “because it’s so historic and connected with such an important person.” 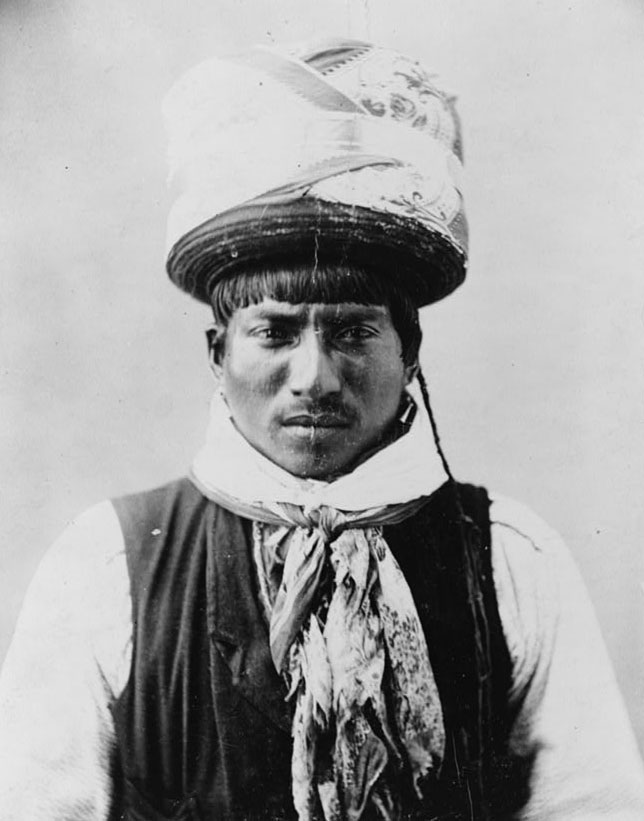 Billy Bowlegs, Seminole Chief (1810 – 1859), from a photograph housed at the Library of Congress.

Who was Billy Bowlegs?

Seminole chief Billy Bowlegs, also known as Halpuda Micco, or “Alligator Chief,” was a leader during the early 19th century, a turbulent time for Native Americans, which saw multiple wars as well as the forced relocation of native populations to federally designated Indian Territory in the West. Born in 1810 in north-central Florida, Bowlegs rose to prominence as an activist against the Indian Removal Act signed by President Andrew Jackson in 1830, which was forcing the relocation of American Indians including the Seminole from their native lands to territories west. Once the U.S. government ordered the relocation, Bowlegs refused to comply. “He refused to go over the Trail of Tears,” Shackelford said. Bowlegs became influential in the Second Seminole War, which took place over seven years until 1842. Bowlegs was “also like an ambassador,” Shackelford said, visiting Washington, D.C., to advocate for the rights of his people. “When you see these big books of portraits of the American Indian representatives to Washington, Bowlegs is in all of them,” Shackelford said.

By the 1850s, increasing numbers of white settlers and surveyors made their way to Florida, impinging on Seminole lands. Mutual hostilities instigated the Third Seminole War in 1855, during which Bowlegs implemented effective guerilla-style warfare. In 1857, the U.S. War Department destroyed Bowlegs’ camp headquarters, leading to negotiations that resulted in the relocation of the Seminoles to Indian Territory and the end of the war in 1858. Bowlegs died a year later, shortly after arriving in Indian Territory.

The powder horn brought to ROADSHOW represents not only an icon of the struggle for Seminole and Native American rights, but also a connection to a tempestuous time for settlers and natives. “There are very few things from the Seminole wars,” Shackelford said. “There are very few things connected with those men. It’s a great piece of American history.”