What Was the Dreyfus Affair?

At the Charleston ROADSHOW in August 2015, expert Martin Gammon gave this 1899 Oscar Wilde manuscript poem an auction estimate of $10,000 to $15,000.
Support provided by: Learn more

Learn more about the Dreyfus Affair, an important episode of French legal history that took place during the time that Oscar Wilde lived in Paris.

At the 2015 ROADSHOW event in Charleston, South Carolina, the owner of an Oscar Wilde manuscript shared that he acquired the piece from a friend whose ancestor, Christian Gauss, had been a reporter for The Nation in the late 1890s, covering the Dreyfus Affair in Paris. During his time there, Gauss met Wilde, who after having been persecuted for his homosexual lifestyle and sent to jail for two years, was living out his final days in Paris. Wilde gifted the manuscript to Gauss, inscribing it “For Christian” and giving it the title, “Ideal Love: A Sonnet,” which differed from the published title, “The New Remorse.” According to Books & Manuscripts appraiser Martin Gammon, the handwritten piece would fetch an auction estimate of $10,000 to $15,000. 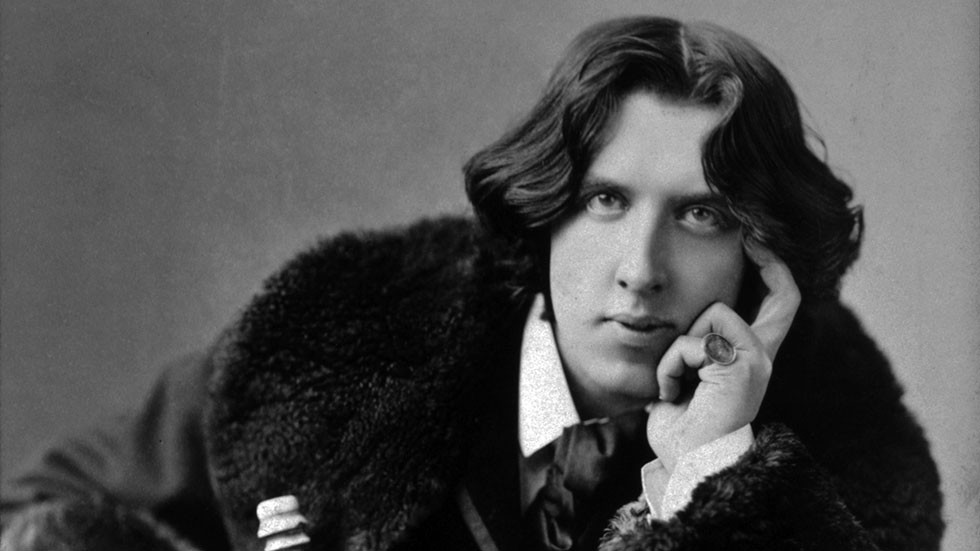 Oscar Wilde, one of the most important Irish writers of the late 19th century, is known for penning “The Ballad of Reading Gaol” and “The Importance of Being Earnest.” He was persecuted for his homosexual lifestyle and went to jail for two years. He lived out the end of his life in Paris. Image source: Wikimedia Commons.

During the time that Wilde and Gauss were in Paris, the Dreyfus Affair, or “L’affaire Dreyfus,” was the talk of Europe. In 1894, following the Franco-Prussian War, French Army captain Alfred Dreyfus of Alsace was framed for being a German spy by his comrade Ferdinand Esterhazy, the true criminal. Dreyfus was subsequently convicted of treason and sentenced to solitary confinement for life on Devil’s Island, a penal colony off the coast of South America. Dreyfus maintained his innocence throughout his imprisonment, and the whole of France was strongly divided as to whether to believe him. Numerous trials conflated issues of fairness, justice, anti-Semitism, and French pride.

The trials drew the attention of international press, political cartoonists, and cultural leaders like the author Émile Zola. Zola had his famous piece “J’accuse…!” published in January 1898 on the front cover of French newspaper L’Aurore, in which he outlines the guilt of the actual spy, Esterhazy, and the shortcomings of the French justice system and military. Zola was in turn arrested for criminal libel following the publishing of the piece, but his effort did contribute to Dreyfus’s eventual pardon in 1899. Esterhazy fled the country to evade prosecution. The French Army ultimately declared Dreyfus's innocence in 1995.

With its many complex questions of fairness, equality, and accountability, the Dreyfus Affair is a saga that still resonates today. Its intrigues have been the subject of voluminous scholarly exploration, and ROADSHOW has collected several resources for further reading about this important episode of French history.

Captain Dreyfus was wrongly convicted of treason in 1894. After being convicted, he was stripped of his military status and called a traitor. The Dreyfus Affair was heavily covered by international press and political cartoonists. This illustration, "The Traitor: The Degradation of Alfred Dreyfus," originally appeared on the cover of Le Petit Journal in early 1895. Image source: Wikimedia Commons. Oscar Wilde, one of the most important Irish writers of the late 19th century, is known for penning “The Ballad of Reading Gaol” and “The Importance of Being Earnest.” He was persecuted for his homosexual lifestyle and went to jail for two years. He lived out the end of his life in Paris. Image source: Wikimedia Commons. The French nation was divided when it came to believing in Dreyfus’s innocence. Author Émile Zola wrote his famous piece, “J’accuse…!” for French newspaper L’Aurore in 1898 describing the shortcomings of the French justice system and military. Image source: Wikimedia Commons.
About the Author Dylan Hayley Leavitt
Dylan Hayley Leavitt was ANTIQUES ROADSHOW's digital associate producer from 2012 to 2017.
More from PBS