Get to Know Robineau 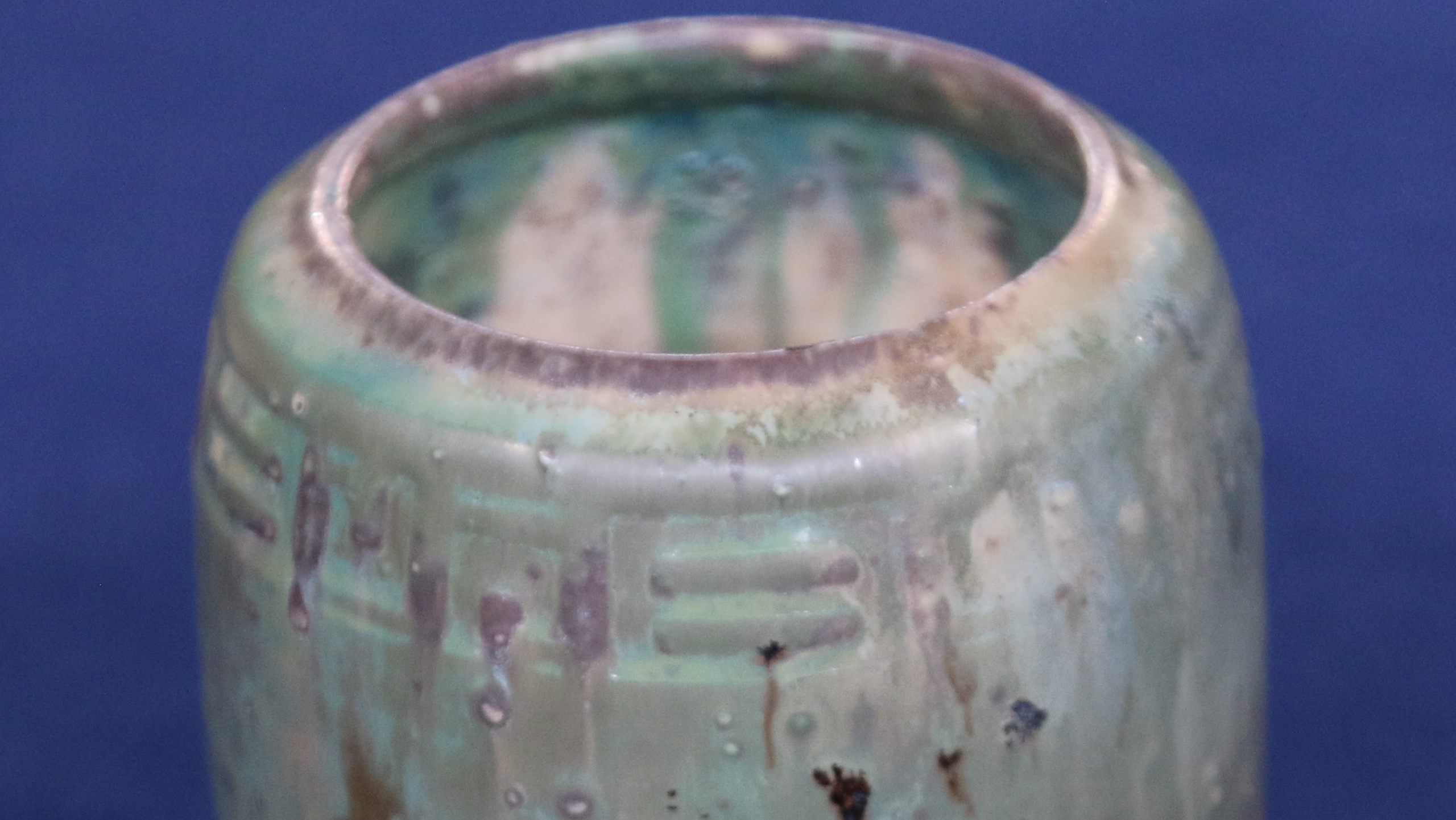 At the Omaha ANTIQUES ROADSHOW event in July 2015, David Rago appraised this somewhat rustic pot by Adelaide Robineau, ca. 1905, for $10,000 to $15,000 at auction. Along with George Ohr, Robineau was one of the two greatest American potters of the early 20th century, according to Rago.
Support provided by: Learn more

A longtime ROADSHOW Pottery & Porcelain expert helps us get to know Adelaide Robineau, one of the most important figures in 20th-century American decorative arts.

Adelaide Alsop Robineau was arguably the most important single figure in early 20th-century decorative arts. Where most potters and potteries were working in earthenware, she explored the depths and redefined the heights of porcelain. The average production of contemporary American decorative-art producers, from Louis C. Tiffany to George Ohr and the Rookwood Pottery, numbered thousands, if not tens of thousands of objects. Robineau topped out at 600, by her family’s count, and many of those were small test pieces serving mostly as means to a loftier end. 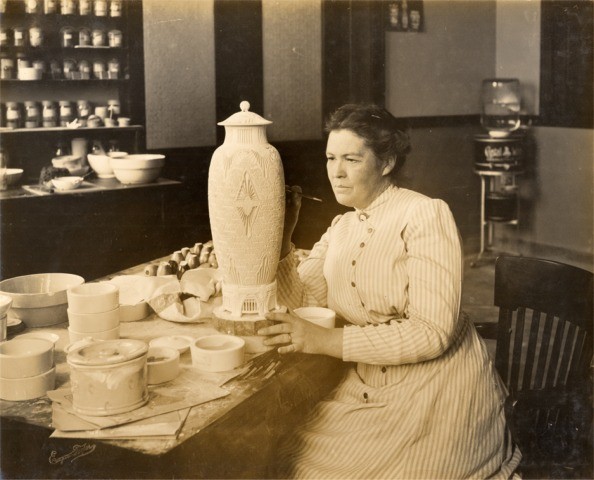 Additionally, Robineau was a publisher of one of the most important American design magazines, Keramic Studio, which gave voice to otherwise unsung American and European artists and designers, many of whom were women who would have remained on the margins in a male-dominated, “fine arts” centered mind set.

Robineau’s best work was always rare beyond its limited production. Her best pieces, perhaps a few dozen in all, were either purchased immediately by museums (the Newark bought their magnificent examples directly from Robineau), important collectors (like the Lewises from St. Louis and Atascadero, California), or kept by Robineau herself.

Why was there so little of her work? First, there was the combination of her highly experimental nature and her compulsively high standards. If a piece, upon removal from the kiln, did not meet her criteria, she was said to have destroyed it immediately. Porcelain was a relatively new material in the hands of American artists and many pieces were lost in the firing process, often with huge firing cracks and sagging sides.

But more to the point, it was Robineau's meticulous technique of excising — whereby she cut away part of the surface of the pot, bringing it to negative space and leaving the original surface as decoration — that imposed a strict limit on the volume of her output. She would labor for hours, scratching away with a needle-like tool, creating a little pile of dust, just to achieve one square inch of decorated space.

Her Masterpiece, the Scarab Vase

Her most famous work, indeed perhaps the single most important piece of 20th-century American decorative art, is her work entitled Scarab Vase (The Apotheosis of the Toiler), a tour de force taking thousands of hours of her pinpoint labor. But its importance goes far beyond its singular qualities.

For this object Robineau chose the iconography of the dung beetle, the scarab, an insect whose sole purpose is to recycle one of the lowest forms of matter (i.e., dung) into new life, toiling to gather, bury, and leave its seed for new beetles to emerge. It is the key symbol of the Arts & Crafts movement, how through our labor, our love, our mind and our hand, we perform a personal alchemy, making "gold" from base material. When you think of the price of a piece of Robineau pottery, it is indeed worth at least its weight in gold.

I was once offered, while doing a show in New York City in the early 90s, a shot at buying the famed Robineau Scarab Vase for somewhere in the neighborhood of $100,000. The problem was, as I well knew, it belonged to the Everson Museum, in Robineau’s town of Syracuse — since forever. It would never be for sale, and either I was being had, or someone had stolen it and was trying to fence it.

I immediately called the New York City police, who went to the antiques center in Manhattan where it was being proffered. There they found and seized it, returning it to the Everson, where it rightly sits today.

That pot, if sold, would bring well in excess of $1 million dollars today.

At the Omaha ANTIQUES ROADSHOW event in July 2015, David Rago appraised this somewhat rustic pot by Adelaide Robineau, ca. 1905, for $10,000 to $15,000 at auction. Along with George Ohr, Robineau was one of the two greatest American potters of the early 20th century, according to Rago.
About the Author David Rago
David Rago has appraised pottery and porcelain for ANTIQUES ROADSHOW since its first season. He is a partner in Rago Arts + Auction Center in Lambertville, New Jersey.
More from PBS