The Mysteries of Golf: What's In A Swing?

Can anyone solve the mysteries of golf? John Falter explores a plethora of swings in his Saturday Evening Post cover, "Golf Driving Range."

It's a very personal moment, setting up that perfect drive: you grip the club, strategize your aim, place your feet just so, and take a swing. Achieving the perfect drive takes a lot of practice and a dash of magic, which is what artist John Falter depicted in his 1952 cover for the Saturday Evening Post called "Golf Driving Range." A driving range filled with aspiring masters, the scene is set under the lights, which as appraiser Alan Fausel described at the June 2014 ANTIQUES ROADSHOW event in Birmingham, fell in line with other nighttime works by Falter. It also reflects the growing popularity of leisure sports during the prosperous postwar United States. Venues like driving ranges began to remain open at night during the nighttime to accommodate and incentivize increased use, and the cost to play was not inexpensive. "Even 75 balls then is a dollar," Fausel notices written in the painting.

“I tried to represent all of the bad swings in golf, as I know them and I should know I had them all.”

Falter’s goal in creating the piece wasn’t just to highlight a sport with growing popularity. “The idea of this cover came from the frustrations of the artist to solve the mysteries of Golf,” he wrote in a personal letter from 1978. In it, he reminisces about playing "Nebraska corn field golf that considered sand greens total luxury” as a youth. Later after the war when Falter was living on the East Coast, he picked up the sport again and became a "golf nut," still entranced by its complexities. "Golf Driving Range" illuminates the humorous, embarrassing, frustrating, and gratifying experience of practicing a golf swing, one that Falter understood intimately well. 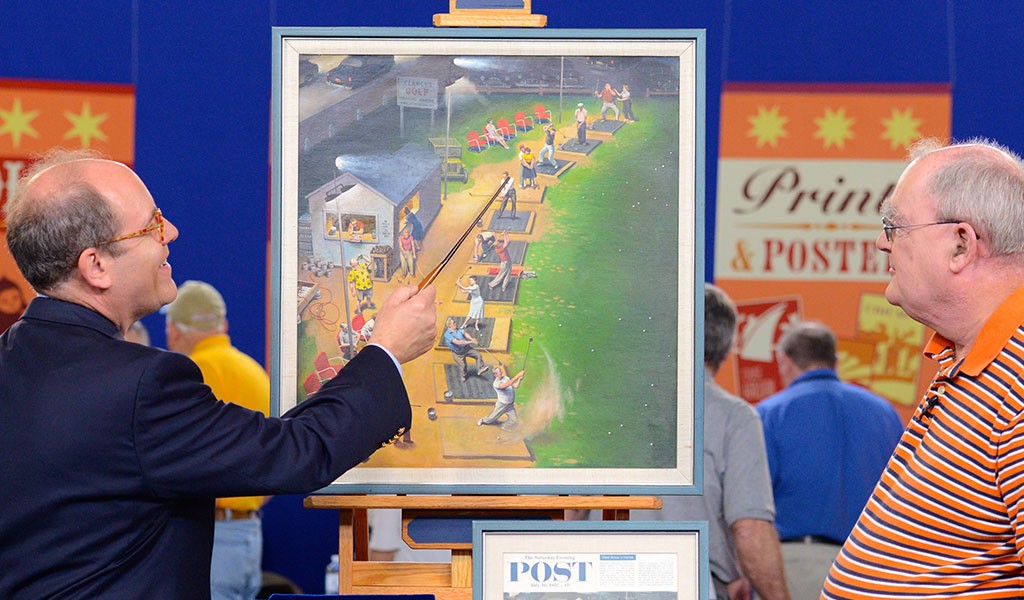 The letter below sheds more light on the caricatures in the painting, representing such well-known forms as the overextended back swing, the "eager beaver," and the fall back. It even features famous golfer Bobby Jones, whose presence adds contrast to the hackers seen across the canvas. According to Fausel, the letter adds to the value of the painting because it provides explanation, "and that enhances the cachet of the piece.” In the American art market today, "illustration art is one of the hottest things," Fausel said, comparing Falter to such illustration artists as Norman Rockwell and James Montgomery Flagg. In June 2014, Fausel placed an insurance value of $200,000 to $250,000 on the painting. A few months later in November 2014, the painting sold at auction for $197,000. 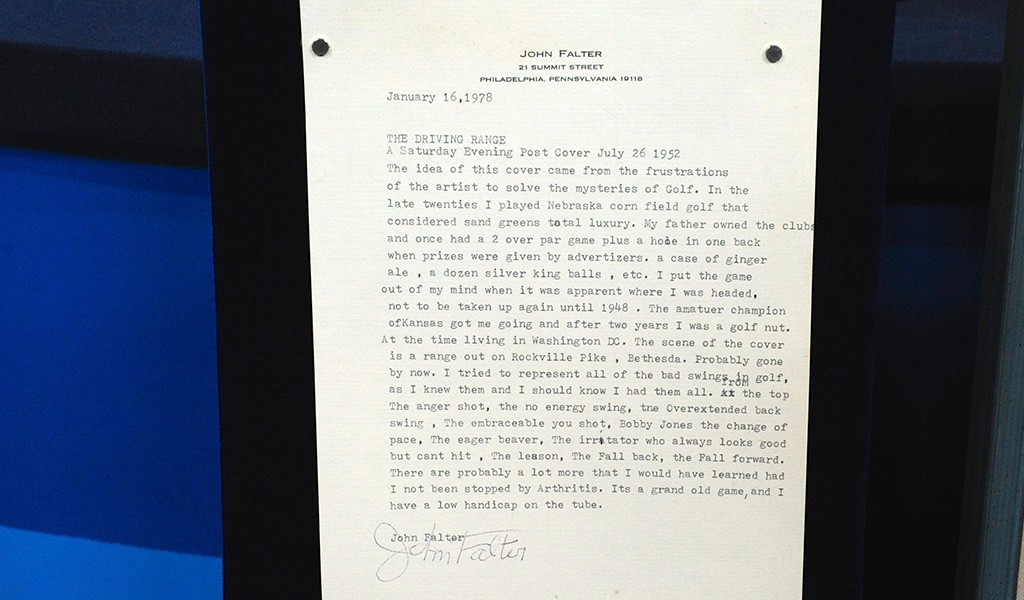 Falter wrote a personal letter in 1978 explaining the painting, writing, “The idea of this cover came from the frustrations of the artist to solve the mysteries of Golf.”