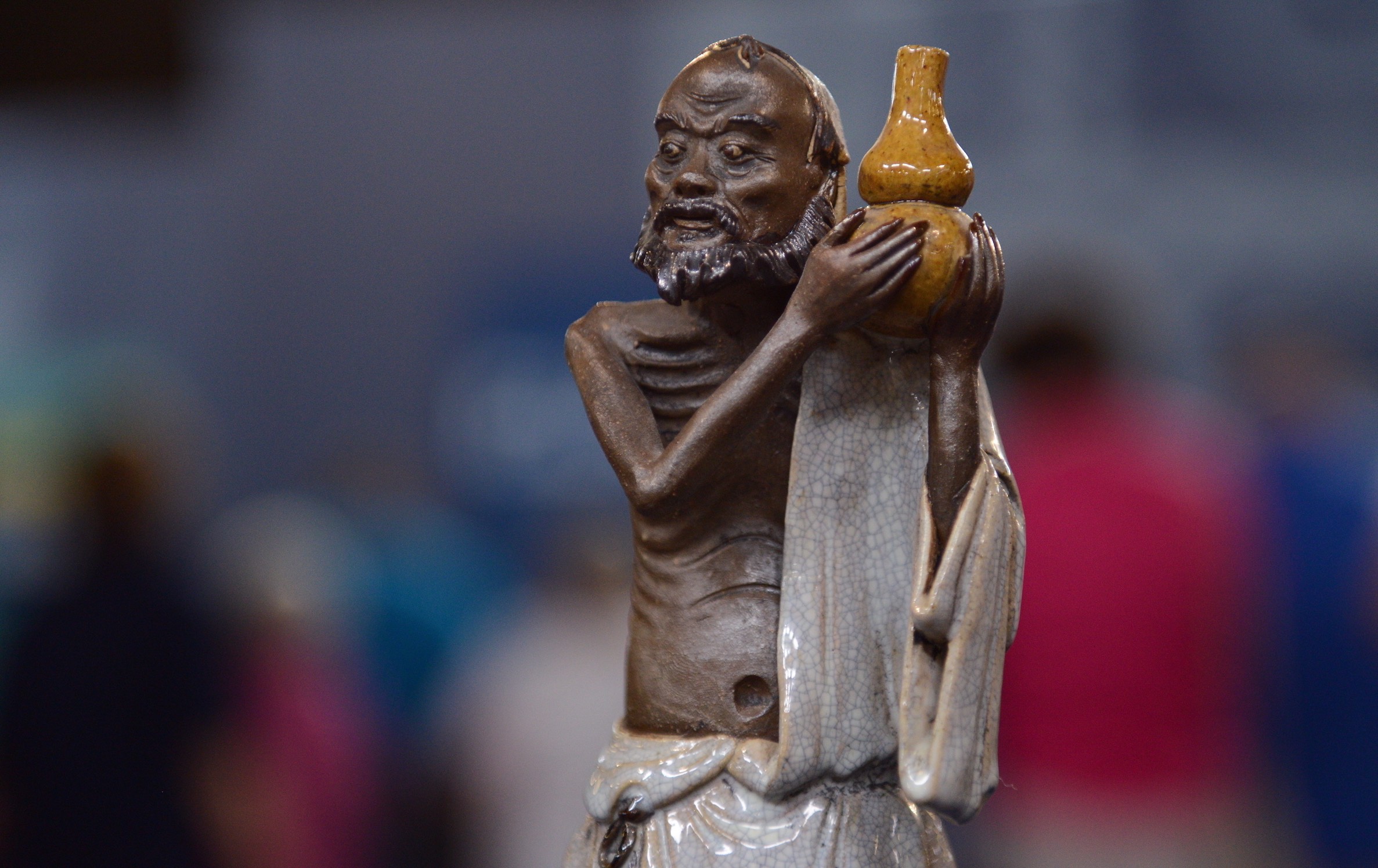 Richard Cervantes appraised this Chinese Li Tieguai Yixing figurine, ca. 1820, for $1,500 to $2,000 at the Fort Worth ROADSHOW in July 2016. He remarked, "We call him Li Tieguai, otherwise ‘Iron-crutch Li.’ ... Well, his crutch is missing [in this particular figurine], which is unusual — but nonetheless, this is certainly Li Tieguai."
Support provided by: Learn more

Li Tieguai (Iron-crutch Li) is one of the Eight Immortals (Ba Xian) of Daoism. Li is commonly portrayed as an aged, hobbled beggar, often with bulging eyes and wearing ragged clothing. (As might be expected, he also often holds a crutch, though as Richard Cervantes explained in his July 2016 Fort Worth appraisal of this particular clay figurine brought in by guest Bryan, “his crutch is missing — which is unusual — but nonetheless, this is certainly Li Tieguai.”)

According to the Daoist tradition, Li Tieguai is benevolent to the poor, ill and infirm. Because of this, he also carries a gourd bottle, which contains a healing medicine. Many legends and myths involve Li Tieguai. One legend about how Li came to inhabit his feeble vagabond body is a fascinating tale.

After years of practice and study, Li was capable of separating his spirit from his body in order to travel to celestial realms. At this time, he is said to have been an attractive man. Li asked one of his disciples to look after his body while his spirit left on a celestial visit to his master, the divinized Laozi. Li’s instructions to his pupil had been for him to set fire to his body if he did not return within seven days. While Li’s body lay lifeless, his pupil received news that his own mother was gravely ill, and after waiting six days without the return of Li, the pupil burned Li’s body and set out to reunite with his mother.

Li came back on the seventh day to find his body had been cremated. Concerned he would now cease to exist, Li quickly entered the first available form he could: the body of a poor, elderly beggar who had died of starvation. At first, Li was dejected about his new, grotesque form, but Laozi appeared to him and said that accepting this body could be the last step in Li’s transformation to becoming immortal. Li then realized his physical form was irrelevant, and his path as a wandering healer and guardian of the underprivileged was set into motion.

See the full Appraisal page for this object in our Archive

Watch Richard Cervantes' appraisal of this Chinese Li Tieguai Yixing figurine, ca. 1820, at the 2016 ANTIQUES ROADSHOW event in Fort Worth.