Read transcripts from the 1865 diary of a Civil War guard.

At the 2008 ANTIQUES ROADSHOW event in Wichita, a guest brought his ancestor's fragile diary from 1865 to the Books & Manuscripts table. Like many Civil War diaries, the writing depicts daily updates about weather, health, duties and travel. But this particular slice of memoir also shares a personal perspective about poignant moments in United States history: the surrender of General Robert E. Lee on April 9, 1865, the assassination of President Abraham Lincoln a week later, and the execution of the assassination co-conspirators that July. Books expert Ian Ehling explained that although the condition of the diary was not great, the contents for the period were significant enough to command an auction estimate of $3,000 to $4,000, a value that remained unchanged in 2016.

The below excerpts depict these two events from the perspective of a young serviceman who held guard positions at various camps in the Washington, D.C., area, including a stint as a guard during the time that the co-conspirators of Lincoln's assassination were executed at what is now Fort McNair in Washington.

In camp at Winchester. Raining most all day. Remained in camp all day. Nothing going on of consequence. Expected marching orders as it was the talk that we were going on down the valley. Some troops left early in the morning but did not learn where they went to. 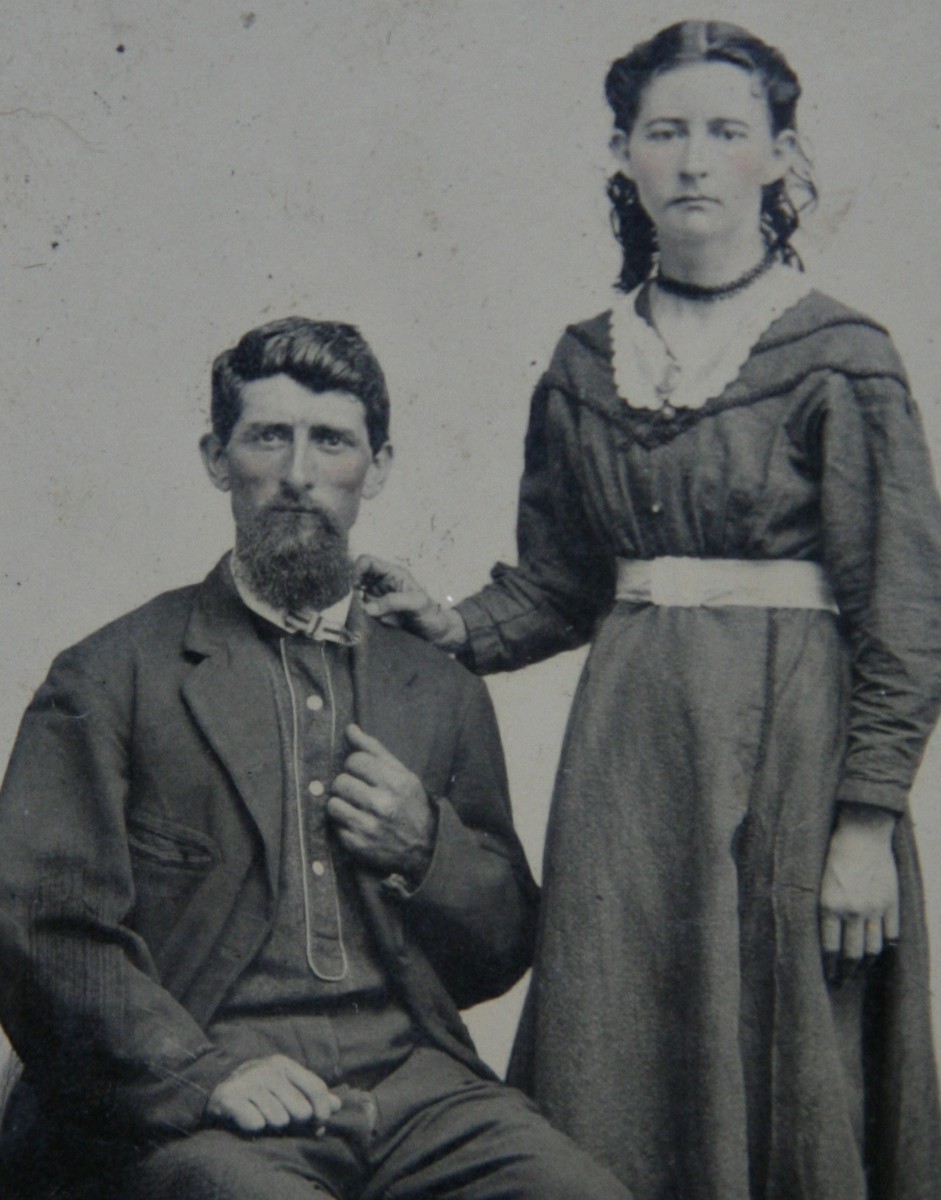 The guest's ancestor sits next to his wife. "He's actually my three-great-grandmother's second husband," the guest said.

Moved camp at Winchester to a better camping ground about 600 yards north west. Weather milder. Rained all night. Began to think that marching orders in Regard to going down the valley had Played out. It was a very disagreeable place to camp as there was so many dead horses laying around.

In camp at Winchester Va. Weather cloudy in the morning. Rained all afternoon. Slept most all day. Came off guard at 9 a.m. Received the news of Genl Lee's surrender to grant at 11 P.M. Great cheering most all night in town by the soldiers.

In camp near WInchester. Got up feeling better. Got orders to prepare for genl Inspection. Did not feel quite so well then. Got ready for Review at 12 1/2 oclock. Was reviewed by Genl Carroll and several other Brigadiers. The Regt turned out in good order. Weather Pleasant. Dress parade at 6 P.M. had the official acct of the assn of A. Lincoln and that he was dying at 1 a.m. when the last news was Recd.

In camp near Winchester. Got up feeling sore all over but it soon wore off, Weather cloudy and raining a little. Strolled around camp. Nothing transpired of any consequence. Had dress parade at six oclock P.M. after Dress Parade the orderly tryed to drill the company at shoulder arms and order arms but we could not see it. Received orders on dress Parade that all labor should cease on the morrow in honor of the burial of A. Lincoln.

In camp near Winchester the weather was very warm all quiet in camp bells tolling and minute guns fired and flags draped in morning in token of abrahams death funeral services was preached in town a great many of the boys went to meeting it was the most solemn day past in service. it appeared as if every soldier in camp had lost some near relative

Camp Stoneman The Regt was formed at 6 a.m. Preparatory to the marching to town. at about 6 1/2 started in connection with the 1st & 8th commanded by Brig genl Morgan comdg 2nd Brigade arrived at the arsenal at 9 1/2 feeling disagreeable from heat & dust. our Regt guarded the outside the remainder of the Regt the inside. at 12.P.M. "the assassins of" A. "Lincoln" was launched off into Eternity at about 2 P.M. we left the Prison yard for camp. the whole Brigade was completely demoralized before they got to camp. weather was so hot and Roads dusty made it disagreeable I was about Played. Execution of Herrold, Payne atzerodt Mrs. Surratt.

Camp Stoneman got up feeling better than when I Retired the Previous Evening Remained in camp most all day as the weather so warm. Nothing transpired of consequence. No drill as it was washday. dress parade at 6.P.M. Some talk of Leaving soon. Rained very hard for a short time in the afternoon. Great excitement in Relation to the execution of the assassins. in relation to the Right or wrong. went down to the River bathing after dress Parade.

The Washington Post: One of the last grim scenes of the Civil War was caught on camera