Help Us Decode the Herbin Painting!

Are you fluent in abstractions?

At the 2016 Palm Springs ANTIQUES ROADSHOW event, a guest brought in a painting by the French artist Auguste Herbin from 1950 featuring geometric shapes and bold colors. Paintings expert Nan Chisholm gave the gouache painting a retail value of $30,000 to $35,000, an incredible return on investment for the owner who had originally purchased the piece for $200.

Herbin was influenced by the Cubism and abstractions of his peers Picasso, Georges Braque, and Juan Gris. After serving in World War I designing camouflage for the Air Force, Herbin continued to experiment with painting styles, becoming inspired by the Italian Trecento and diving into geometric and distilled forms.

Herbin developed a lexicon for his paintings, cultivating an alphabet of symbols he dubbed l'Alphabet Plastique to convey messages. Chisholm explained that he "used different geometric symbols to stand for letters of the alphabet, and sometimes it would be the same shape but in different colors that would have different meanings." Some of his works of art can be decoded, spelling out a word or something one can sing. Chisholm isn't sure if this particular painting uses Herbin's alphabet, so we wanted to ask you:

Can you help decode this painting? 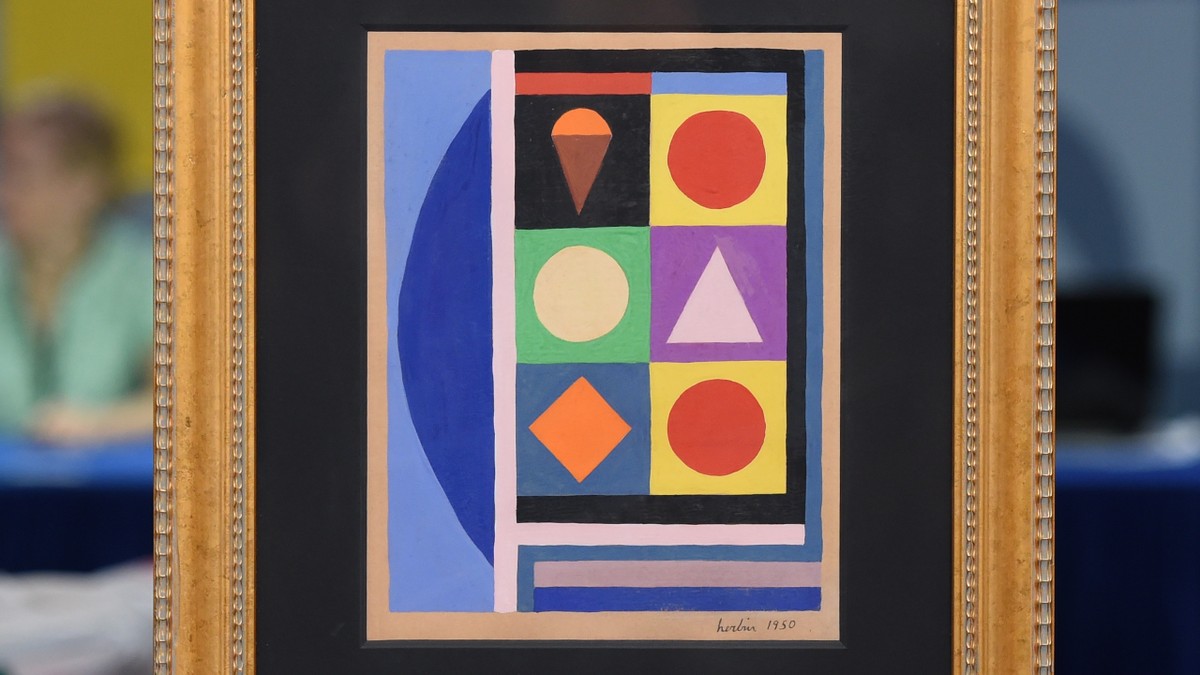 Can you help us decode this Herbin painting from 1950?