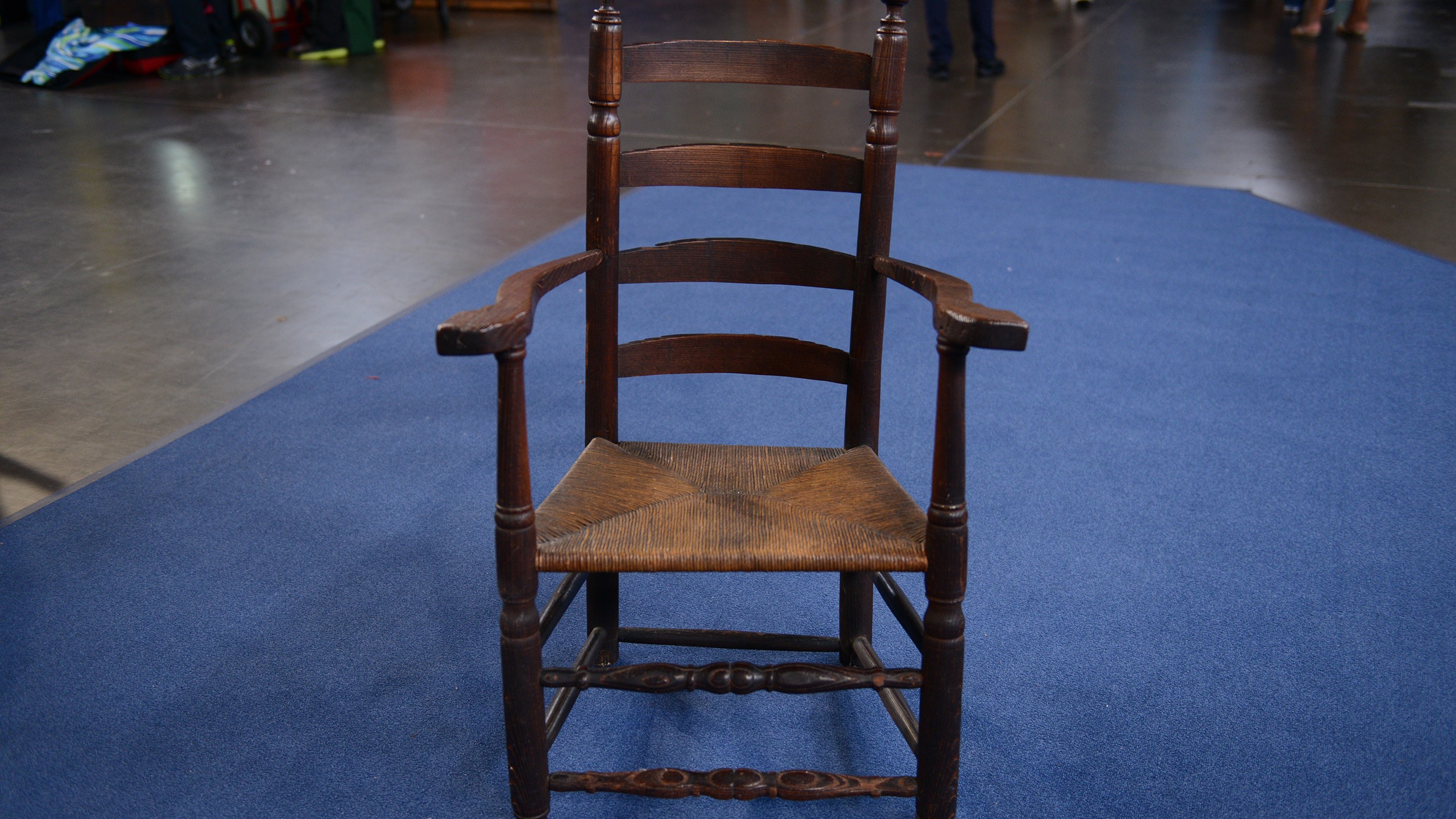 Great chairs from Colonial America are coveted in part because they are very rare. Only people of high stature owned such items in the 1600s. The "Brewster" Great Chair in the Henry Ford Museum looks like a splendid example of a 17th-century American chair. But it was created in 1969. How did this great fake end up in a museum's collection?

The authentic, ca.1730 southern turned great chair that furniture expert Andrew Brunk appraised for $6,000 at the Orlando ROADSHOW in June 2016 recalled the story of the infamous "Brewster" Great Chair forgery of 1969.

Financial gain is arguably the most obvious reason why someone would go through the trouble of creating a forgery. But sometimes money isn’t the motivation. Sometimes, the goal is simply to show that reproducing a high-quality work can be done — and to put an arrogant art expert in his or her place. This was apparently the case when a Rhode Island man made a very convincing Great Chair that fooled many antiques authorities for several years.

Armand LaMontagne, a self-taught artist, is now known for his hyper-realistic sculptures of famous athletes. But in 1969, LaMontagne reportedly used his woodworking skills to fabricate a throne-like, 17th-century armchair with impressively turned spindles. LaMontagne was careful to pay attention to such details as using green oak that warped when the wood dried out, and wooden pins based on those made in the Colonial era to hold elements of the chair together. He also is said to have used various techniques to “age” the chair, as any wooden object that was to have survived several centuries would need to show heavy wear.

As the story goes, LaMontagne took no money for his Great Chair, but placed it in a house in Maine where he felt it would catch the eye of antiques enthusiasts — and it did. The chair exchanged hands and was eventually sold to the Henry Ford Museum in 1970 for $9,000 as a Brewster Great Chair. The highly prized acquisition was thought to have been built for William Brewster, one of the founders of the Massachusetts Bay Colony. Powerful men of Brewster’s time were the ones who owned “great” chairs, showing off their high status in the community.

The artful prank came to light in 1977 after an article in The Providence Journal highlighted LaMontagne’s deceptive endeavor and described a chair that matched the one in the Henry Ford Museum. The museum investigated and after extensive analysis was performed on the chair, it was concluded that it was, in fact, a modern creation. The Henry Ford Museum decided to make lemonade from lemons. The museum kept the chair and have used it as a teaching object for inquisitive visitors, lending it to other exhibitions that explore the stories behind great fakes.