"Bacchante and Infant Faun" and the Boston Public Library 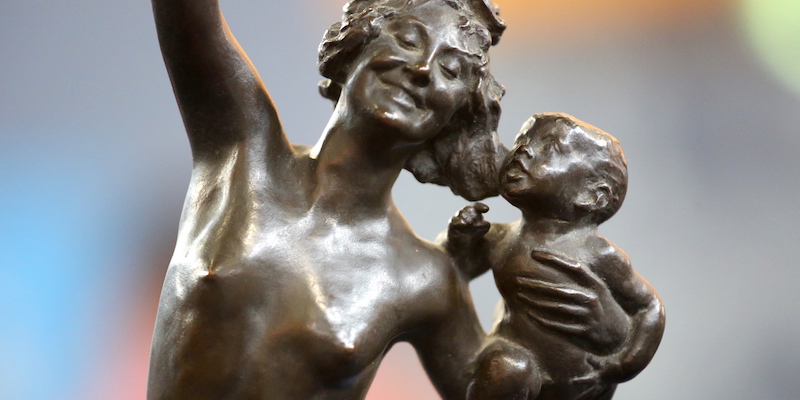 Sebastian Clarke appraised this MacMonnies bronze for between $3,000 and $5,000 at auction during the New Orleans ROADSHOW in July 2017.
Support provided by: Learn more

Learn more about MacMonnies' sculpture "Bacchante and Infant Faun" and its history with the BPL.

At the New Orleans ROADSHOW event in July 2017, appraiser Sebastian Clarke talked with a guest named Barbara, who told him she had inherited her 15-and-a-half-inch bronze sculpture, entitled "Bacchante and Infant Faun" by Frederick William MacMonnies, from her grandfather, who she said had been a serious art collector in Chicago. 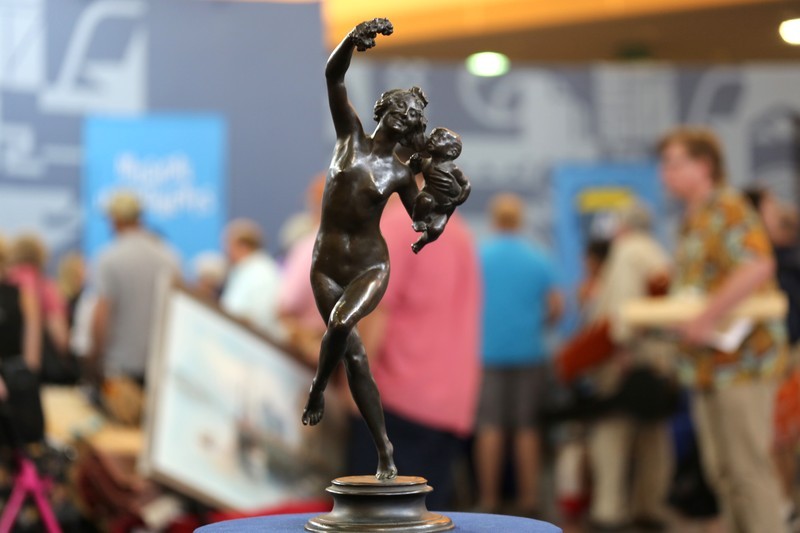 Barbara's bronze, which Clarke estimated to be worth $3,000 to $5,000 at auction, is a circa-1896 model of one of MacMonnies' full-size Bacchante sculptures, which the artist had given to an architect friend named Charles McKim, who in turn donated it to his newly designed Boston Public Library. But soon thereafter, following a public uproar about the sculpture's perceived immorality, the BPL gave it to the Metropolitan Museum of Art in New York, where she still stands — babe in arm and grapes poised overhead.

Frederick MacMonnies’ (1863-1937) spirited piece _Bacchante and Infant Faun_, which is located in the courtyard of Boston Public Library’s Copley Square location, was recently restored. The piece was originally given to the library by architect Charles Follen McKim, but removed in 1897 amid protest by the local community, who thought the dancing woman celebrated drinking — and, even worse — subjected her young child to debauchery. The original piece was removed and given to the Metropolitan Museum in New York. More than 90 years later, Bacchante returned to her intended home in the fountain, cast from a copy of the popular original in Boston’s Museum of Fine Arts.

To see photos of the restored Bacchante in the courtyard of the Boston Public Library, visit the BPL website.