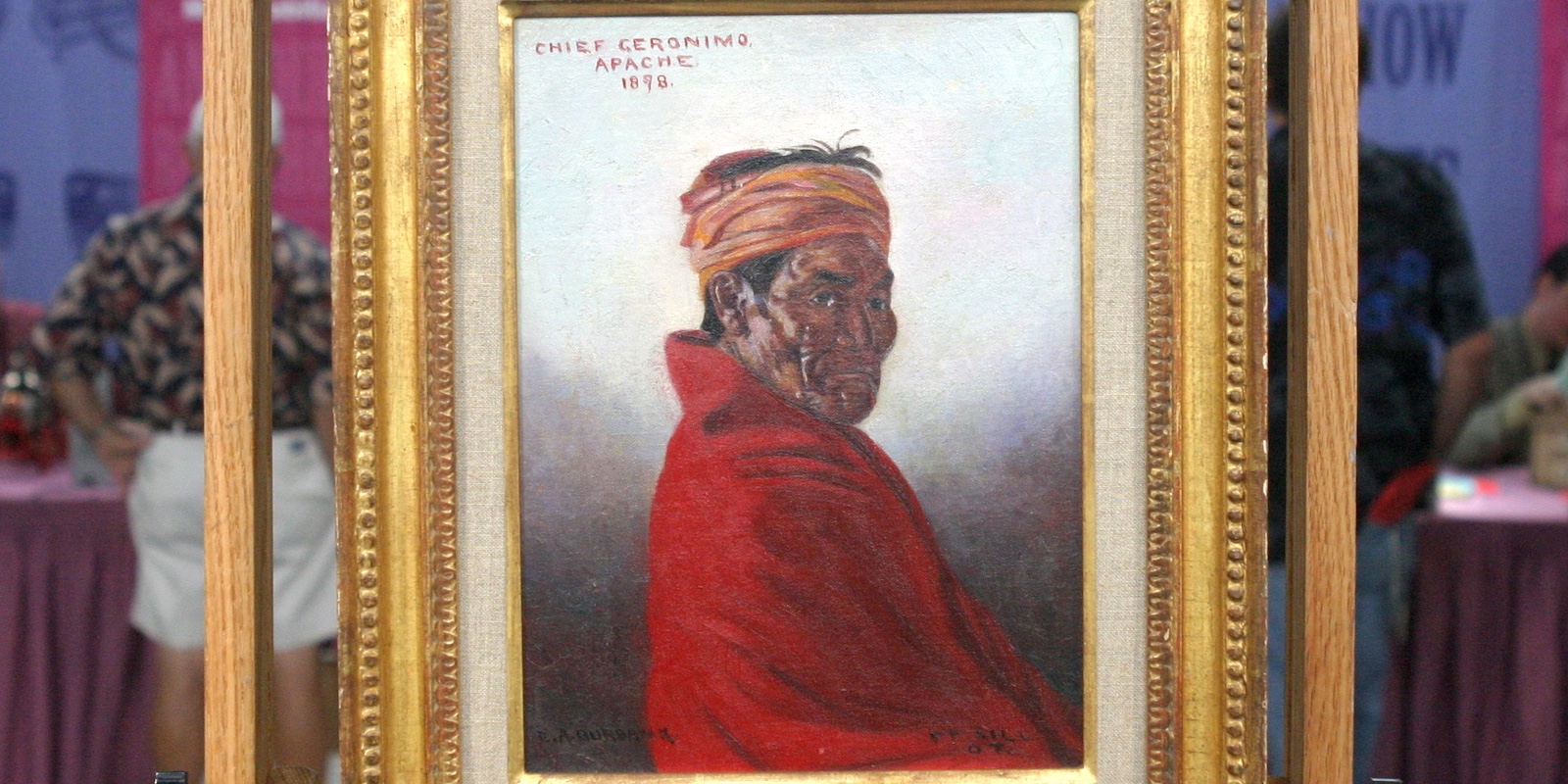 At the August 2003 ROADSHOW event in Oklahoma City, appraiser Debra Force estimated the retail value of this circa-1898 oil portrait of Geronimo at $6,500.
Support provided by: Learn more

E. A. Burbank is understood to be the only artist who painted Geronimo from life. See several of his historic portraits here.

At the July 2017 St. Louis ROADSHOW event, paintings appraiser Debra Force talked with a guest named Sarah, who inherited an Elbridge Burbank painting through her grandfather. The oil painting, whose retail value Force estimated at $10,000, is one of many portraits done by Burbank of Native Americans during the late 1800s. Burbank was the only artist to paint Geronimo, a prominent Apache chief and medicine man, from life. 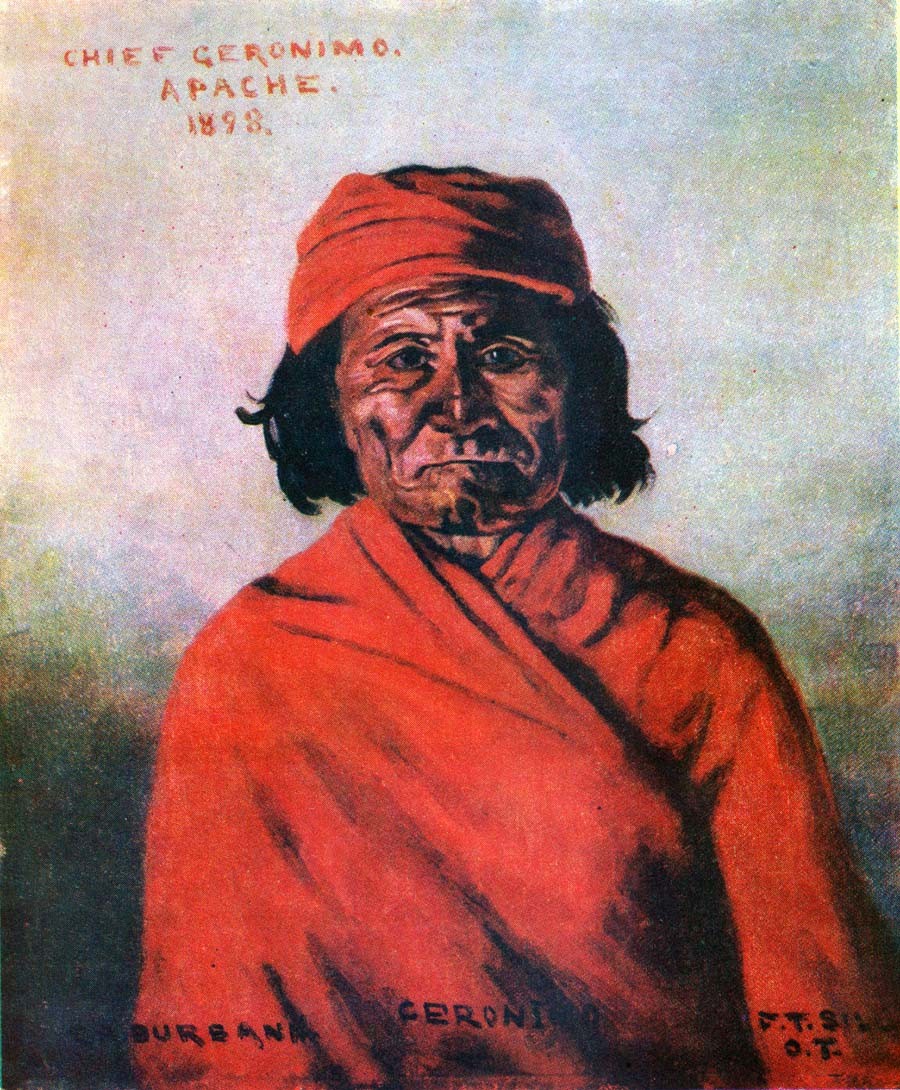 See five more of E A. Burbank's Geronimo portraits below:

Article: Geronimo: Beyond the Name
Geronimo's name lives on in the folklore of the American West. But who was he really?