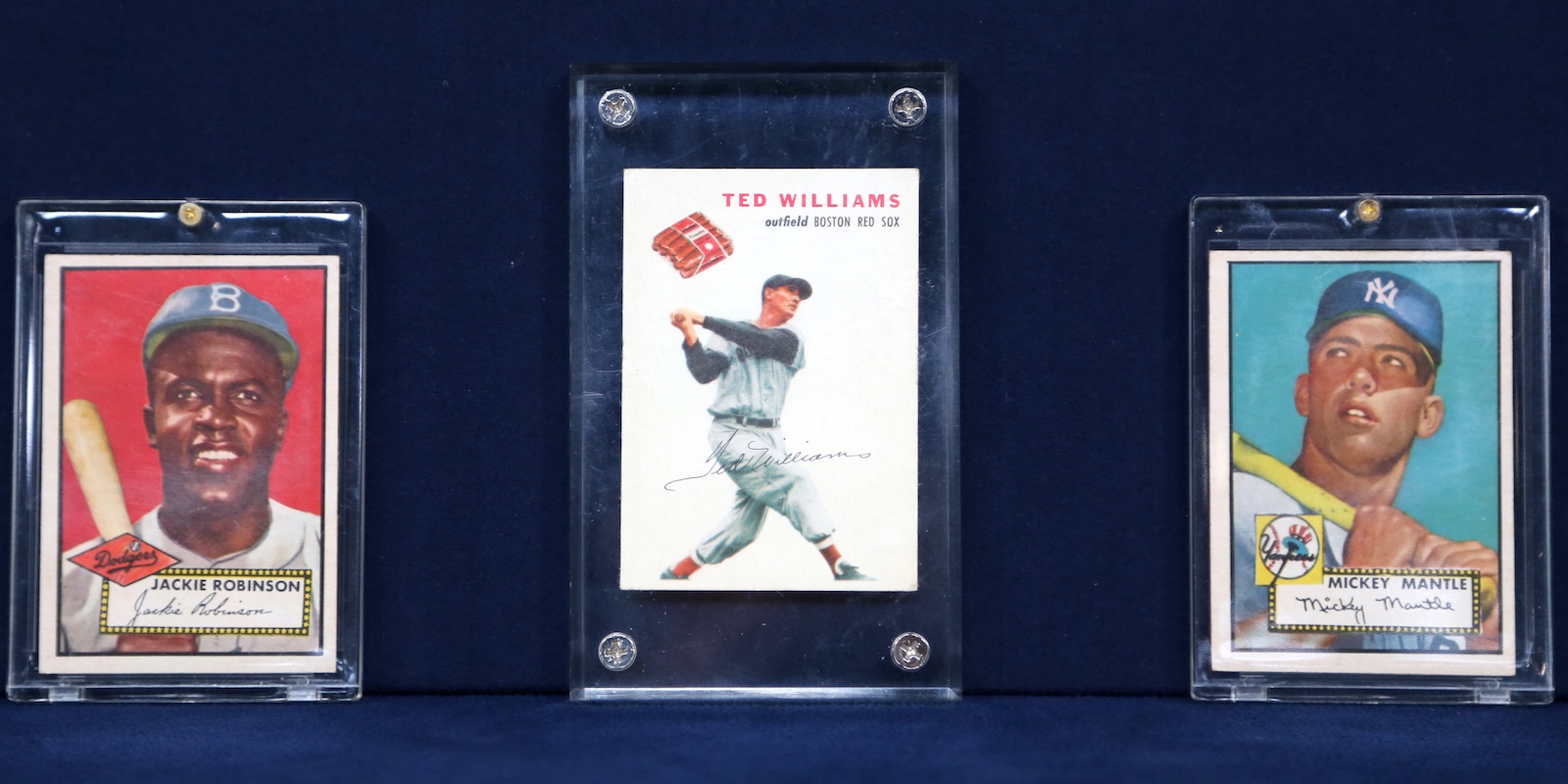 We definitely see our fair share of sports cards at the ANTIQUES ROADSHOW Sports Memorabilia table: everything from early 1900s tobacco cards to 1990s rookie cards of stars-to-be, and even occasionally a 19th-century rarity. Just about every sports fan who also collects has that box of cards they've had squirreled away for years, protecting and guarding those cards as if they're worth a fortune...even with the chance they'll turn out to be worth peanuts in the end.

Some nice cards come in from guests who have already researched values. They usually want our opinion on the condition and to learn how condition affects the values.

Then, occasionally, there’s the exception. It could be that Mom didn’t throw their cards away when a guest went off to college or the military. It could be that a guest didn't put their cards in the spokes of their bicycle and didn't trade all the big name stars to the smart kid down the block. In the case of my guest in Green Bay in June 2017, she brought her husband's childhood sports cards for us to appraise.

She brought in a suitcase of 1950s baseball, football and basketball cards, all sorted neatly and in above-average condition. My first thought when she opened the suitcase was that if no one had professionally seen these cards before, then we might have something here!

Fortunately for all of us, that was the case — the cards were all sorted chronologically by the guest and her husband but never shown to anyone. With a busy day at the Sports table and a growing line of guests with their items, I needed to ferret through the suitcase as quickly as possible to see what we had. After the search was finished, I focused on eight or nine cards in my pitch for this appraisal to be selected for taping. When we were selected, I was instructed to whittle down to three cards. This meant it was time to really inspect the cards and determine the condition of each card. This is where the complexity of grading sports cards really comes into play.

If an owner so desires, they can have their cards professionally graded by sending them off to one of three industry leaders in professional card grading. Sports and trading cards are professionally graded by grading companies with a numerical grade, similar to how coins and comics are graded. In the case of sports cards, all three of the industry leaders use a scale of 1 to 10, with 1 being Poor and 10 being Gem Mint. These companies have professional graders who are trained and experienced in the grading of cards and collectibles. The prices a buyer will pay for a card are highly affected by the grade of the card.

The grading companies publish a population report on their websites so everyone has access to the past grading results broken down by company, year and player. Collectors can research how many of a particular card have been graded a certain number by that grading company. This helps define the supply and demand part of collecting. Non-graded cards are subjective to the opinions of the interested parties and what they would expect the card to grade or what grade they assign it. The grading of cards and other collectibles helps to assure buyers of condition and authenticity.

There are many factors taken into account when grading cards, including the surface of the card. Are there scratches, printing defects? How is the picture focus quality? Is there surface wear, wax staining? Any writing, chipping, pitting, creases, scuffing or staining? Are the corners sharp or is there fraying? Are the corners rounded? Grading also factors in the color. Is the card faded? Does it have original gloss? Is it altered in any way? Is there any other damage or defects that are not original to the card?

There was no question in my mind when looking at those three cards that, despite the fact that I am not a card grader by profession, I was going to assign a numerical grade to the cards. The numerical grade is so critical in determining the value of these cards. So after my tablemate Leila Dunbar and I both inspected the cards under magnification, we came to a consensus. We assigned the cards numerical grades of EX-MT 6, EX 5 and VG-EX 4.

Based on these numerical grades, I appraised the cards with a price range at auction of $34,000 – $48,000. The guest subsequently had the cards professionally graded and I am thrilled to report that each card received exactly the numerical grade we assigned it. I was a little nervous awaiting the results of the grading, but ultimately, experience and knowledge prevailed.

Which cards received what grades? You’ll just have to watch the appraisal and see!

The owner contacted me a couple of months after our stop in Green Bay about selling her husband's sports cards. I traveled to their home in Wisconsin and took the collection on consignment. I personally took the cards appraised on the episode (The 1952 Topps Mickey Mantle, 1952 Topps Jackie Robinson, 1954 Wilson Franks Ted Williams) and a small box of other cards to the graders in California (PSA, aka Professional Sports Authenticators). The cards came back exactly as I had assigned them on camera: Mantle was an EX-5, Robinson an EX-MT 6, and Williams a VG-EX 4. I was sweating a little because PSA are absolutely known as the strictest graders in the industry. The cards sold at auction and here were the results:

*Note: These prices include buyer’s premiums, thus they reflect the total price paid by the buyer

P.S. I was hoping for a little more on the Mantle, but the centering wasn’t great and there were two other 1952 Topps Mantles up around the same time as this one. We came in at the low end of my auction estimate, but we were still within the auction estimates I gave on camera for all three cards.

About the Author Grant Zahajko
Grant Zahajko is a sports memorabilia and collectibles appraiser on ANTIQUES ROADSHOW and owner of Grant Zahajko Auctions, LLC, in Davenport, Washington.
More from PBS