Interview: Rose Reminisces About Her Life at Cranbrook and Those Precious Brooches She Nearly Sold

Rose, who brought two rare and valuable Bertoia brooches to Meadow Brook Hall, reminisces with producer Adam Monahan about her life as part of the "second family of Cranbrook" — and how glad she is she never sold the brooches for scrap silver!

Rose came with her daughter-in-law to the ANTIQUES ROADSHOW event at Meadow Brook Hall in Rochester, Michigan, in June 2018, excited to learn more about the value of two distinctive silver brooches she said had been stored away in a drawer at home for many years.

She already knew the eye-catching pieces were designed in the late 1930s by the now-famous modern artist Harry Bertoia — because she and her sisters had received them as gifts many years ago from Bertoia himself.

And you know when they were buying silver, I was going to sell them for silver, and then I thought again ... and I kept them. Hallelujah, am I glad I did!

Rose had a lively on-air conversation with expert Peter Shemonsky, who overviewed Bertoia's brief time as a jewelry designer before he went onto his more well-known work in sculpture and furniture. "His jewelry work is really quite rare and highly, highly collectible," said Shemonsky, shocking Rose with his estimate of their present-day value: $20,000 to $30,000 each at auction. 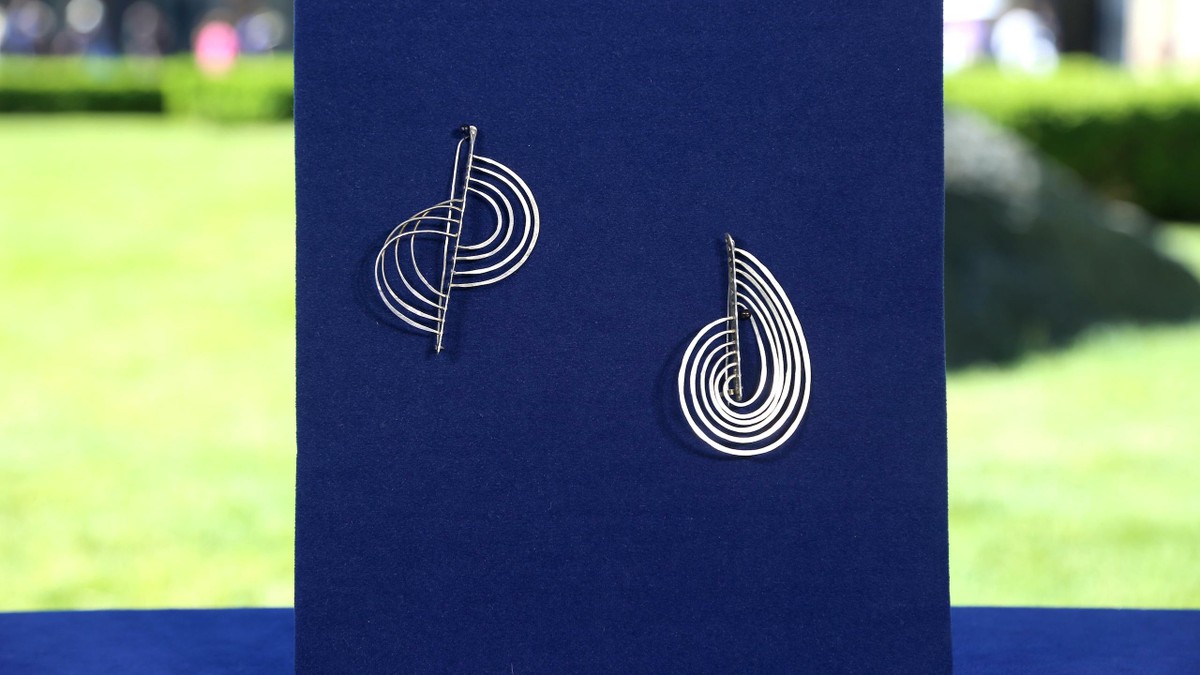 But while the brooches were both spectacular, it was their owner, Rose, who shone the brightest.

Rose shared with Peter how she had grown up on the nearby Cranbrook estate where her father served as groundskeeper to the owner George Booth. This made Rose a childhood acquaintance to many of the Cranbrook Academy’s most renowned alumni and faculty, including Carl Milles, Wallace Miller, Maija Grotell, Charles Eames, — and Bertoia.

ROADSHOW's producers were charmed by Rose and wanted to hear more of her story, so a few months after filming, producer Adam Monahan caught up with her by phone and she was generous enough to reminisce with about her experiences decades ago as part of the "second family of Cranbrook."

Give it a listen at the top of the page!

Watch the full appraisal of Rose's Bertoia brooches in our Archive