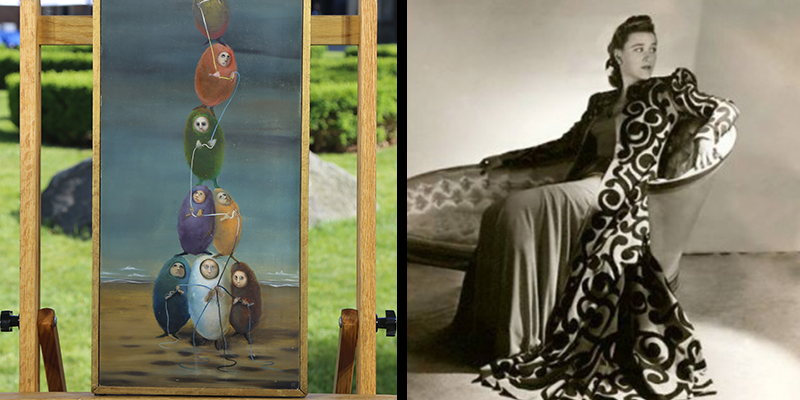 Tichenor was a model, fashion editor, and surrealist artist who seemed to live "13 lifetimes in her lifetime." See and find out more!

At the June 2018 ANTIQUES ROADSHOW event at Meadow Brook Hall in Rochester, Michigan, a guest named Patty brought a stunningly colorful — and bizarre — painting of stacked ovoid creatures, which she said is called "The Eggheads" within her family, who had acquired it years ago through Patty's husband. 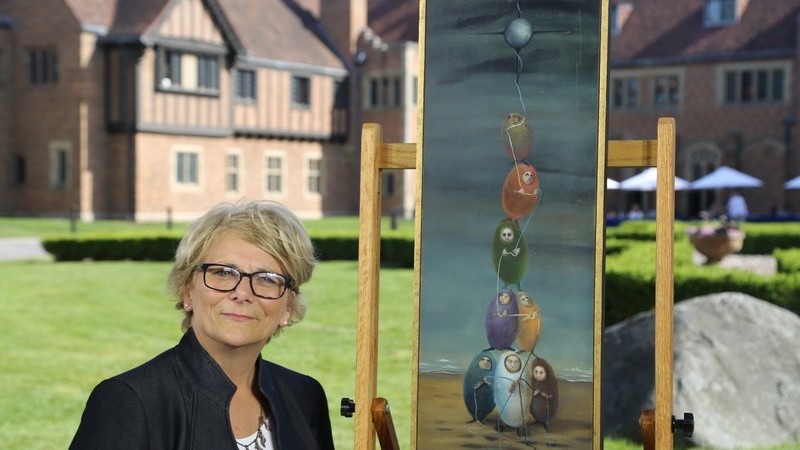 As appraiser Aaron Bastian explained, the painting is a 1965 oil on panel by Bridget Bate Tichenor, who was born of aristocratic lineage in France in 1917. Known early on for her beauty and style, she enjoyed a privileged upbringing across Europe, studying art and working as a model for the likes of Coco Chanel, Cecil Beaton, and Man Ray. She came to the United States in 1939 to marry her first husband, Hugh Chisholm, in New York City, a match arranged for her by her mother in part to escape the onset of the war in Europe.

In the early 1950s , after continuing her art studies in New York and working for a time as a Vogue fashion editor, she divorced her second husband, Jonathan Tichenor, and became increasingly influenced by figures in the surrealist art movement in Mexico, where she moved in 1953.

As Bastian remarked on-air, "She lived ... 13 lifetimes in her lifetime."

Tichenor died in Mexico in 1990, having spent the latter decades of her life painting pictures of vivid strangeness largely inspired by the animals and landscapes of Central America.

Bastian added that interest in her dreamlike work has been on the increase in recent years. He estimated the current auction value of Patty's painting at between $25,000 and $35,000.

To learn more about Bridget Bate Tichenor, and see more of her surrealist paintings as well as a selection of her modeling photographs, visit: