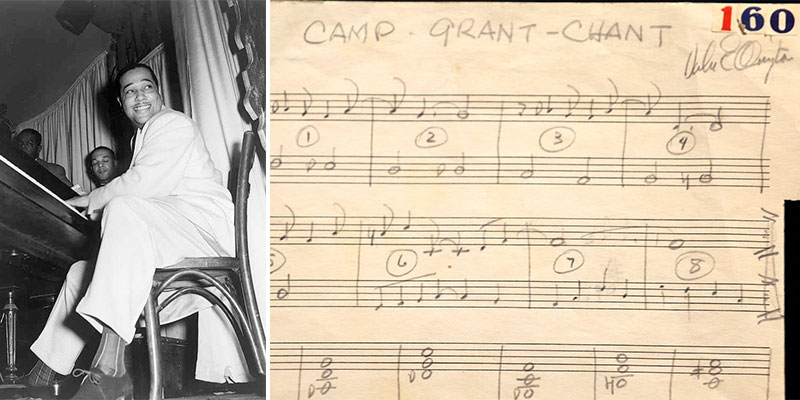 Listen to the song "Fickle Fling," by a king of big-band jazz — Duke Ellington

At ROADSHOW's event in April 2018 at the Ca' d'Zan in Sarasota, a guest named Bob brought in a Duke Ellington manuscript with a letter from the famous composer's secretary. The manuscript is penned by "The Duke" himself and the letter indicates the date: February 10, 1944. Bob also brought the original auction listing from when it was purchased by his grandmother at a World War II war bonds auction at his mother’s high school. Expert Laura Woolley estimated that the manuscript with letter is worth $3,000 at auction.

Woolley said that while this tune is not "tremendously well-known," it is "classic, war-time, mid-forties swing."