Can You Read This Word? 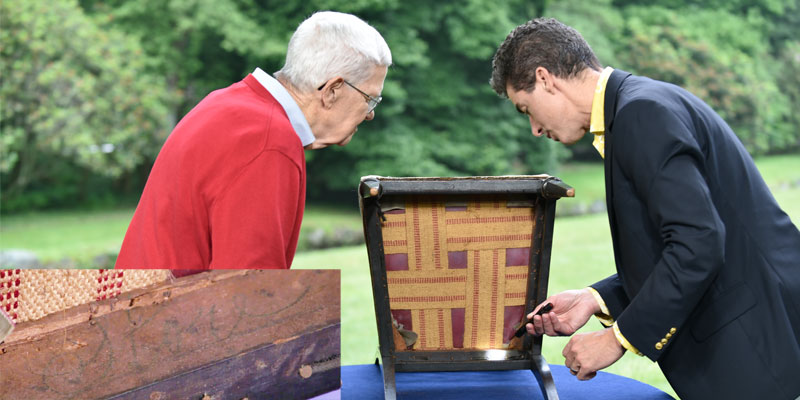 ROADSHOW needs your help! Can you read the inscription on the bottom of this chair?

During ROADSHOW’s 2019 visit to the Winterthur Museum in Delaware, a guest named Phil brought in a chair that he inherited from his grandmother. Having seen a similar chair made by the Herter Brothers at the Museum of Fine Arts in Boston, Phil wanted to know if his chair was indeed made by the same supplier.

Appraiser Andrew Brunk told Phil that the answer might be hidden in an inscription found on the bottom of the chair, yet the words were slightly illegible. The word “Store” was visible as well as the first part of a name, yet neither Brunk nor Phil could make it out. ROADSHOW wants to know – can you read the name?

“It says ‘Mr.’ and that’s a last name,” Brunk noted. “I didn’t expect to find anything under there, but I think with a little more homework, it’s going to tell us more about the chair.”

Despite the missing name, Brunk confirmed that the chair was in fact a real Herter Brothers piece, and gave it an auction estimate of $8,000 to $12,000. But the ROADSHOW team still wants to learn more.

Take a look at the inscription below and tell us if you can read the name!